Thanksgivings Around The World

There is plenty of history behind holidays, but sometimes we only know our nation's history. Here is how Thanksgiving is celebrated in countries around the world.

In the United States 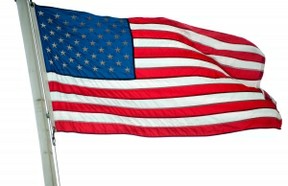 While eating turkey, pumpkin pie, and Thanksgiving cookies; watching football, and gathering with friends and family late in November is a distinctly American holiday, the idea of a Thanksgiving, or a day of giving thanks, is not limited to this corner of the earth.

Do you know how other countries celebrate Thanksgiving?

(Besides your own country) In Ancient Greece, a three-day Autumn festival was held to celebrate Demeter, the goddess of food grains.  Thesmosphoria was a celebration of fertility, both of the earth and of women.  The Greeks ate in-season fruits, pigs, and cakes.  Very similar to this was the Roman festival of Cerelia.  Celebrated on October 4, Cerelia honored the goddess of corn, Ceres, with harvest fruits, pigs, parades, music, and sporting events.  The Ancient Egyptians had their harvest festival in the spring, honoring Min, the god of vegetation and fertility, with parades, music, dancing, sporting events, and, of course, feasts. It sounds very much like our celebrations today, except for the spectacle of mass grief.  Farmers and families would weep and scream, pretending to be upset that they had to cut the corn.  This was to prevent the gods from taking revenge or ruining the crop to spite them.

Give Thanks to God Today, you will find these harvest celebrations in countries around the world.  Canada has been observing an official Thanksgiving day since 1957.

On the second Monday of every October, Canadians celebrate with food, music, parades, and other events that are very similar in nature to those which occur over a month later in the United States.

This Thanksgiving has its roots in a 1578 thanksgiving by explorer Martin Frobisher, who was thanking God for a safe journey. Many Asian, European, and African nations observe similar holidays to express gratitude.  Chung Ch'ui, or the August Moon Festival, is a three day festival marking the end of the harvest season.  An integral part of the feasting is mooncakes, a round, palm-sized cake to symbolize perfection and unity within the family.  Thanksgiving also comes in mid-August for Vietnamese families. Têt-Trung-Thu is also a Children's Festival; according to lore, the parents spent so much time in the fields while the children played by themselves that they make up for it with love and appreciation during the festival. 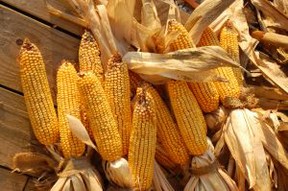 In Korea, Ghana, and Nigeria, they also have August harvest celebrations, with the two latter having a Yam Festival, the first crop to be harvested.

In Southern India, Pongal is celebrated in January.  Pongal is a sweet rice dish, and communities and families gather to share in and give thanks for the harvest.

Giving Thanks in Canada

Other countries give thanks for an entirely different reason.

Croatia celebrates Homeland Victory and Thanksgiving Day to commemorate the capture of the city of Knin during the Operation Storm in the War of Independence.

On August 5, thousands gather at Knin to lift the Croatian flag from the Knin fortress and honor those who died in the war. Grenada, too, marks the anniversary of military conflict.  On October 25, the country remembers the 1983 invasion that was intended to restore stability after the Grenadian Prime Minister was executed.  It is a very formal, solemn occasion observed mainly in the cities of Grenada.

The world celebrates Thanksgiving for very different reasons and in very different ways; what unites the occasions are a communal feeling of gratitude.

Cool! This is going on my Pinterest board for "Diversity Topics".

This article is about the bird called turkey. It involves the whole spectrum...

What do pianos and reunions have in common? Thanksgiving is a U.S. holiday th... This article is about the bird called turkey. It involves the whole spectrum of facts about turkeys to eating turkey.
36%  0   5 DerdriuMarriner
Thanksgiving History 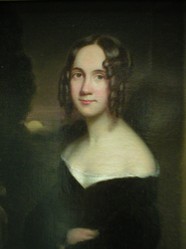 What do pianos and reunions have in common? Thanksgiving is a U.S. holiday thanks to Sarah Josepha Hale. Children learn the piano by playing Sarah's "Mary Had A Little Lamb."
Loading ...
Error!