This article is about the bird called turkey. It involves the whole spectrum of facts about turkeys to eating turkey.

Our first American tradition of Thanksgiving dinner began in Plymouth Colony, Massachusetts in 1621. There were 140 people in attendance and it is likely that for that first feast turkey may not have been served at all but it was likely duck or goose. Also venison was likely served.

Have you ever seen a wild turkey? For many people today the only turkey they have seen was frozen and already prepared for cooking.

Historically, the African guineafowl was imported to Europe via the country Turkey. The American species was originally considered to be in the guineafowl and thus the association to the name Turkey.

According to Audubon Magazine: “The reintroduction of the wild turkey to North America is frequently touted as the greatest wildlife conservation success story of the last century.”

The National Wild Turkey Federation has reported that “turkeys were extirpated in Connecticut by 1813 and Vermont by 1842, and that by 1920 they had vanished from 18 of their native 39 states.”

Today wild turkeys in the United States and Canada number approximately 7 million. There is some concern for wild turkeys in several southeastern states where they are diminishing due to reproductive declines. There is much research going on to determine what is happening in these southern states.

Are you having turkey this year for your Thanksgiving meal?

I’ve modified this recipe and call my version “Mom’s Recipe for Rice Turkey Stuffing”. Every year I have to come up with something to take to a friend’s for Thanksgiving dinner. I am single so NEVER cook for a crowd and never have. So I need to follow a recipe. But often I do not have the exact ingredients, so I do often modify the recipe by using what’s on-hand instead. I decided this was quite sweet and tasted great! I found the original recipe in Debbie Macomber’s Christmas Cookbook (see below to purchase it). I love all of Debbie’s books, don’t you?

For example, in the following recipe: I did NOT cook a turkey (at least not yet) so I did not have turkey drippings. Instead I used a package of turkey dressing. The recipe called for raisins and I used Craisins because I had them already. Macomber’s recipe called for Hazelnuts but I had pecans so I used them. Also I did not have fresh parsley, so I used dry spices. Also her recipe called for scallions as well as onion, I decided just onion was fine. Oh AND I also substituted wild rice because I had it on-hand and it is so much richer and healthier than the white version in her recipe. Actually, I guess I have changed this recipe to be my own.

I also like to try a recipe first so I’m sure it tastes alright. With this recipe I decided to make it up and freeze it because it is still 12 days til Thanksgiving. Also I’m almost a vegetarian and except for the turkey gravy and the chicken broth there is no meat involved, or at least it is close enough for me. For sticklers you could use vegetable broth. I will eat this for dinner or to accompany meals between now and the holiday (by the way this works also for Christmas dinner). If you are traveling for Thanksgiving you can just take it out of the freezer and drive to your hosts and pop it into the oven. So make it ahead, saving a lot of time on the day of the holiday. Also I felt it was a little too dry so will add some more consomme when reheating it. If you cook it in an actual turkey, I’m sure it will be moist enough.

I also make this recipe as a main dish during non-holiday times as well. Yum! 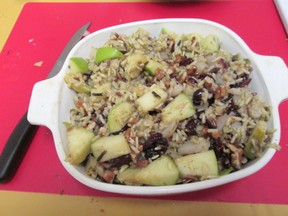 Melt the onion and add the celery, onion, and thyme. Cook for about 5 minutes, stirring frequently. Add broth and rice and simmer it for around 20 minutes until liquid is absorbed.Stir in the apples, raisins, parsley, water chestnuts, and pecans (or nuts of your choice - some people use hazelnuts). Then season with salt and pepper.

There are two ways to fix this:

In the turkey - loosely fill the turkey with the dressing. Bake for 30 minutes in a 350 degree oven.

In a casserole dish: Butter a glass or ceramic lasagna pan. Stir in 1/2 cup of turkey drippings (I used a turkey gravy package since I didn't have a turkey this time). Cover the dish with buttered tin foil - with the butter facing the food. Bake for 40 minutes in 350 degree oven.

This is the book from which the above recipe was majorly modified.  It has many great holiday recipes and is worth owning.

How did turkeys get their name?

Well it’s a theory that Europeans were reminded of the African Guinea Fowl which had come to Europe through Turkey, and then they named the bird after the country of Turkey.

It was H.W. Bush who gave the first Presidential Turkey Pardon in 1989 and that started a new tradition.

Did you know that Wild Turkeys roost overnight in trees? Yes that’s a fact.

Decorate your home with this turkey

A group of Turkeys is known as a

More of My Articles

Make Your Sweetheart Happy
Helpful Hints for Guys or Gals Who Want To Be Thoughtful or Romantic for any special occasion.

Get in the Holiday Mood with These Fun Items

Do you eat birds? What are you having for Thanksgiving dinner?

Yes, I was in England one Thanksgiving and nothing was up. I noticed. Thanks for your visit.

I love Turkey but my Family don't like it. Thanksgiving fascinates me with the historical background to it. We eat chicken or duck at Christmas but don't celebrate your Thanksgiving in UK.

That would be fun! Thanks for your visit and your comment.

Thanksgiving is my favorite holiday even though I really enjoy watching the wild turkeys in the nearby nature area. One of my favorite combinations in wildlife mapping tends to be seeing bald eagles and wild turkeys near one another, kind of like witnessing both sides of the early debates over national birds!

That's OK Candy - I'm having Turkey too. But some people may skip it for their own reasons.

We are going to a restaurant for Thanksgiving dinner, but I'll have turkey!

The focus of this article is on creating yummy cookies for Christmas or other...

This is mostly a Christmas article featuring holiday ornaments themed around ... 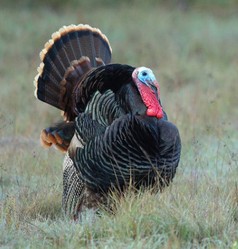 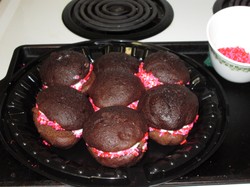 The focus of this article is on creating yummy cookies for Christmas or other ocassions. I include cookie recipes to impress your family and friends.
13%  0   2 MBC
Colorado 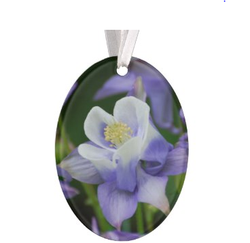 This is mostly a Christmas article featuring holiday ornaments themed around the State of Colorado, but I also have year round gift suggestions for those who love the High Country.
Loading ...
Error!