Learn about the family Falconidae or falcons. These birds of prey are fascinating and beautiful. Hunters train them.

Falcons are related to other birds of prey such as hawks, eagles and vultures but fall into their own the Falconidae family which includes around 60 species of birds. A subset of the Falconidae group are the four Falco groups two smaller the Kestrel and the Merlin and the two larger Peregrine and desert falcons. All falcons are hunters either of insects, reptiles or birds or mammals. The female falcons are larger than the males – we are not sure why but it may have to do with egg laying.

Those who train falcons are known as falconers.  I live near the Air Force Academy where they use the falcon as their mascot and have a specific group of falconers.  Falcons have historically been associated with war.  The Arabs and Iranians have a word for the peregrine which is Shaheen which is the Farsi word for emperor.  These aerial predators are military favorites and mascots.

Some people say that Falconry is not a sport - it's a virus or an addiction.  Falconry is using trained birds of prey to catch wild game.  It is frowned on unless you eat the game.  Who wants to try it?

Falcon eye sight is fabulous and helps them to be able to hunt successfully.  While man can cannot see more than 20 events per second, the falcon can see 70 to 80. That is what makes them able to reach out and snatch a dragon fly out of the sky.

The American Kestrel is one of the smallest falcons, but also one of the most colorful and pretty! They eat smaller birds such as sparrows and starlings as well as small rodents like mice.

When you see a kestrel fly they fly with jet like wings. They have fake eyes on the back of their heads. They have the strongest feet to body weight of any raptor!

Also Search for the Matching Necklace

The Merlin is Shown Above

The Merlin Falcon is the smallest of the falcons.  They are also known as the pigeon hawk and they hunt small song birds, duck, pheasant, and prairie chickens and quail. They bite the neck of their victims with their "toenail teeth" on their talons and that kills them. Ladies used to hunt with them and therefore their nickname "lady hawk".  Their chest is usually heavily streaked and the underwings are dark.

Send a Purple Martin Card to Someone Special

I bet you didn't know that the Gyr falcon is faster that the Peregrin.  They can fly at 353 miles per hour!  and 87 mph in level flight.  It's true and that is why falconers absolutely love Gyrs.  They are native to the Arctic Circle, Canada and Alaska.

A Photo I Took of a Large Gyr Falcon

The Peregrin has learned to live in cities and to breed in captivity.  At one time they were very endangered by the pesticile DDT, because their eggs would get so thin if the mom tried to roost the eggs would break.  But this bird is a wanderer and now they are found on every continent because they are so adaptable.

This is a fast falcon who has baffles in their nose (similar to a jet) to help them to breath in a dive.  Their feathers are thick and stiff. They can dive at 240 mph (pretty fast but slower than the gyr falcon) and their impact is what kills their prey.

Find this book Falcon and read it or gift it.  Helen Macdonald is also the author of H is for Hawk. I recommend both books. Helen is British.

Learn About Owls
In this article we will discuss a few of the almost 30 various species of owls; their habitats, vocalizations, nesting, reproduction, conservation and behavior as well as photos.

Peregrine Falcons
I grew up in Colorado and at the Air Force Academy in the Springs, they specialize in Falconry. Learn about these beautiful birds.

Some Great Falcons on Zazzle Products

Wooking for a GREAT Side Gig?

The thief who was filmed by a hidden camera came in by helicopter and was lowered down on a cable.This shows that chick theft is a highly paying criminal activity. This is the man whose identity is known, though he is yet to be caught.

Egg theft in the UK is not an activity for minor criminals, for most bids are not affected, but it attracts the more serious criminals alert for the big pickings.

Thanks for your comments Veronica. We also have ospreys here in Colorado - a beautiful bird! We put up platforms for them to nest on that are out in the water. That should make it harder to steel the eggs.

In the English Lake District in the far North of England close to Scotland's border, ospreys have returned to the wild areas and their nests are kept secret by bird watchers as the eggs are in danger of being stolen.

I think the people who buy these are equally as bad as the thieves themselves.

Yes the Middle East is the area where they are SERIOUS about falconeering.

There was a report on Country File, a wonderful British TV programme, tonight, which said that the market for falcon chicks is the Middle East, where chicks change hands for £10000 pounds [12000 dollars.] One major culprit is on the run at the moment, but I hope that the police get him and bang him up in the prison.

Veronica - that just shows how money hungry people are - they are probably trying to hatch them and sell the babies to falconers who usually have to catch their own.

What a lovely, lovely article. I have been to falcon displays and loved them. I wasn't aware there are different types of falcons.

There has been a problem here in UK with falcon eggs being stolen, smuggled and sold. How could someone do that !

Life of the Hummingbird

Hummingbirds are fascinating and enchanting little birds. This article will ... 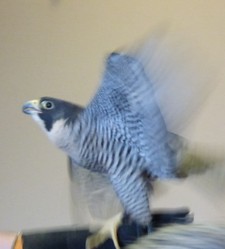 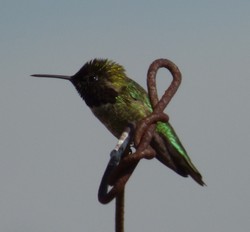 Life of the Hummingbird

Hummingbirds are fascinating and enchanting little birds. This article will have a deep look at how hummingbirds are different from other birds. I’m sure you will learn a lot here
100%  12   10 cazort
Wild Birds