The Age Factor And Online Surveys

Do Survey Sites Discriminate Against Older Folks? This article offers some tips to help you get over the age gap.

I’ve been taking online surveys (the kind that pay in cash or prizes) for a number of years. I do it for fun, not for great profit but I have over the years acquired a great deal of expertise about how they work and have even published a blog called the Survey Sherriff that provides tips.
One of the things I’ve discovered is that if you are above a certain age – let’s call them seniors – there are going to be fewer surveys for you take. Can I say that there is active ‘age discrimination’ going on? Probably not, but there is reason and evidence to suggest otherwise.

In other words, I'm not claiming survey companies do discriminate, but I do have a suspicion that survey sites aren’t interested in older people. While almost all surveys ask you what category of age you fall into (as well as other demographic information), they claim it is just for the purpose of separating their findings into certain demographic groups and that it's just for research purposes. After all, you have to recognize that these surveys are not being offered just for fun. While a few represent academic research activity, the bulk of these online surveys have to do with marketing different products and services and like all marketing there is typically an age demographic that the marketeers are trying to attract. For example, if a certain brand of youthful clothing is meant for 18 to 34 year olds, then the survey is not going to be interested in a survey taker who is middle-aged.

However, recently I suggested to a friend of mine that he might like to join a survey group since it involved cars, which I knew he would like since he's a big car enthusiast. The only difference between he and I was that he was past a certain age and I was under that age. The survey site was even encouraging new members to join who were interested in cars. While my application to join the survey group was accepted, his was not.

Further, I tested a survey - one that is offered by many sites; it's actually the same survey that is offered over and over again. In one of the surveys I put down an age that was over 65 just to see what would happen. It was rejected. When the same survey came around a few days later, I put my actual age and it was accepted. I did this two more times just to make sure it was not a fluke. Sure enough, the older age was the one that always got rejected.

There's not a problem with survey sites choosing to exclude people of a certain age, or some other demographic for the most part. Where I’ve found a problem is where a survey asks for contributors of any age, then exclude you for nothing other than an age factor. In addition, and this is the case for many online surveys, you may be excluded for age-related reasons BUT not until you’ve completed the survey, which suggests the survey is using your data, but using age as an excuse for not rewarding you. Yes, online surveys are full of such sneakiness.

Is there anything you can do about this? Not really. After a while I usually can identify which survey sites typically exclude seniors and don’t even bother starting the survey or acknowledging their survey invitations (there’s one survey company that is notorious for this kind of behavior and when I see an invitation sponsored by this company I immediately hit the delete key – if you want to know their name, it’s Hall & Partners, but they are usually a front for the company that is really paying for the market research). If you are of a certain age you might find yourself with a more limited number of surveys being offered to you. But, in many cases you can get surveys that are only for you, such as health-related surveys, retirement and financial planning, etc. It’s not exactly a break-even deal though.

The key to achieving some level of success in online surveys is learning to know which ones pay well, don’t favor one age group over another, which ones are worth your time (is a 50 cent survey that takes an hour really worth your time and effort?), and making sure you use speed as a way to maximize your earning. Always be aware and you’ll do well.

You mention in your second paragraph that "if a certain brand of youthful clothing is meant for 18 to 34 year olds, then the survey is not going to be interested in a survey taker who is middle-aged."

The above in a way seems like a flaw in marketing effectively strategized by a business. Middle-aged people would be out getting gifts for their 18-year-old grandchildren and 34-year-old children, wouldn't they?

TheWritingCowboy, What is the range in pay and rewards for the surveys?

People can always lie about their age when they sign up for a survey site. And I'm sure survey takers don't always answer truthfully (depending on the type questions asked).

My cousin told me that when he was in high school (30 years ago), all the kids had to go to the auditorium and fill out questionnaires about whether they used drugs. Most of the kids said they did, when they really didn't.

Taking online surveys can make you a handy amount of money - but it's not goi...

The Arduino Open Source Platform
Disclosure: This page generates income for authors based on affiliate relationships with our partners, including Amazon, Google and others. 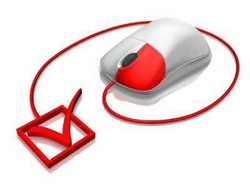 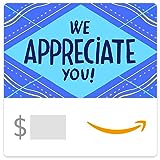 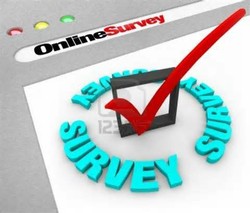 Taking online surveys can make you a handy amount of money - but it's not going to make you rich. Here are 10 tips to successful survey taking.
91%  1   8 fargasch
Other Hobbies