The Birth of Edward Seymour, Viscount Beauchamp: A Baby Born in the Tower of London

Some babies were born in The Tower of London. One of those was the son of Lady Katherine Grey, Edward Seymour, Viscount Beauchamp.

Edward Seymour was the son of Lady Katherine Grey and Edward Seymour, 1st Earl of Hertford. His birth was around September 24, 1561, although there is exact record of this. All that is known is that it was in the Tower of London, where his mother was imprisoned for a marriage that had not received the permission of Queen Elizabeth I.

Who Were Lady Katherine Grey and Edward Seymour? 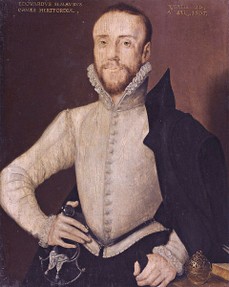 It is really easy to start mixing up the different people in history. Not only do the same surnames pop up every now and then but they all seem to have the same first names! It was very common for a father to pass on his name to his eldest son and mothers to pass on their names to daughters somewhere along the line. It was also common for parents to name their children after their grandparents! Something that is even more confusing is that siblings could have the same name.

Tudor England—in fact, England before and after this period—was ripe with disease. JoHarrington pointed out in her article on Edward IV that one mother out of five would die in childbirth. Not only that but children died during infancy all the time. It was why they would have as many children as possible, even though fathers new that the mother’s life was put at risk each and every time.

To make matters more complicated, Jane Seymour was also the name of Hertford’s sister; named after their deceased aunt. This is important because this Jane was a close friend to Lady Katherine Grey, Viscount Beauchamp’s mother.

And who was Katherine? She was the elder of the two younger sisters of Lady Jane Grey; the infamous Nine Day Queen. Katherine had been lucky. She had been sparred her life for having no part in her sister’s rise to the throne but had been barred from the line of succession. The Grey family name had been tainted, despite having a strong claim through Frances Brandon, the daughter of Mary Tudor, Henry VII’s youngest child.

Lady Katherine Grey Imprisoned in the Tower of London

You didn't want to get on Good Queen Bess' bad side, especially if you were a cousin with a tainted name!

Katherine was originally married to Henry Herbert on May 25, 1553, at the same time has her sister married Guildford Dudley. However, upon the Greys’ fall from power, Herbert’s family chose to distance themselves from the Greys. Henry’s father sought an annulment from Katherine and it was granted in 1554; the marriage had never been consummated.

Katherine was friends with the young Jane Seymour and Jane introduced her to Edward Seymour, 1st Earl of Hertford. The two quickly fell in love and married in secret. The problem was that they never sought permission from the queen. Since Katherine was Elizabeth’s cousin, permission had to be sought first. Jane was their only witness.

Edward left his new wife documents that stated the legitimacy of their marriage when he was sent to improve his education by visiting various places across Europe. Katherine lost them but she still had her friend, and sister-in-law, to back her up as a witness. Unfortunately, Jane died a year after the marriage. By now Katherine was eight months pregnant and needed help. She turned to various people, including Robert Dudley and Bess of Hardwick. Neither wanted to help her but Dudley did inform the queen.

Queen Elizabeth was furious. Not only had her cousin not sought permission but there was growing concern that Elizabeth wasn’t married. Without an heir, it is possible that the crown could fall into the hands of the Grey line. While Elizabeth had started to warm to this idea, she hadn’t completely accepted it. She was likely still sour at the idea she was being skipped over in succession for the Grey family to be placed on the throne. Moreover, if Katherine’s child was a boy, he could be a favourite for the heir presumptive.

Katherine was imprisoned, along with her husband when he returned to England. Elizabeth was sure it was a plot against her and even imprisoned Bess of Hardwick. By 1562, the marriage between Katherine and Edward was annulled and they were considered fornicators. Their children were declared illegitimate and unable to inherit the throne.

Edward was just the first of two sons born in the Tower of London to Katherine and Edward Seymour. Luckily, he wasn't left there for the rest of his life!

All does not end so badly for the young boy. He was the first of two children born in the Tower of London. He brother, Thomas Seymour, was born sometime in 1562 or 1563 but died in 1600 leaving no issue. Edward went on to have a promising career, despite being declared illegitimate.

He was allowed the title Viscount Beauchamp, a title two of his sons later held. However, he was never given the title that his grandfather had: Duke of Somerset. This title had been taken away from the Seymours after Edward’s execution in 1552. Edward’s second son, William, did regain that title though.

Could Edward Seymour Have Been Edward VII of England?

How much would have changed had Edward been declared legitimate? That would depend on whether the English people would have allowed a Grey king. At the time, Henry VIII’s will made it clear that his younger sister’s line was to take precedence over his older sister’s line. He didn’t want the Scottish kings to take the English throne. However, Mary Tudor’s line had been tainted after the scandal of Lady Jane Grey. However, neither Queen Mary or Queen Elizabeth ruled them out completely.

The problem was that Edward Seymour had been declared illegitimate and illegitimate children could not succeed to the throne. The only reason Mary and Elizabeth had done was through Henry VIII’s will along with the support of the English people. Edward didn’t have that support. In fact, surprisingly, the English Parliament supported a Scottish King of England! They wanted James Stuart, James VI of Scotland, to become James I of England. Elizabeth didn’t make a will that went against her father’s wishes but listened to what the people wanted.

The death of Elizabeth brought about the joining of two kingdoms under King James. Had that not have happened, we may never have see the two kingdoms joined.

Edward's line has eventually gotten to the throne. Elizabeth II's mother, Elizabeth Bowes-Lyon, was a descendent of Edward Seymour.

There are just so many what ifs. I'm sure they'd make some great novels based on them.

Amazing how many things could be different if only one person opted for different option. History is loaded with decisions and we will never know what would happen if... Yes, the "if"! 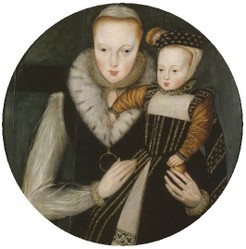