The Birth of Edward VI: Joy Surrounded in Misery

Edward VI was born on October 12, 1537. He was Henry's only legitimate son to survive childhood but his birth was also surrounded with misery.

Edward VI was born on October 12, 1537. He was the long awaited son of Henry VIII, with third wife, Jane Seymour, and it was supposed to be a time for great celebrations. Everything seemed to go perfectly until a few days later when it was clear that Edward’s mother wouldn’t live to see her son become the King of England.

30 Hours of Labour Leads to the Birth of a Son

Jane Seymour was in agonising labour for 30 hours but Henry VIII got the outcome he needed.

Jane Seymour definitely did not have the easiest labour. It lasted 30 hours and there are some who believe that Henry VIII ordered a caesarean section, choosing his heir over his wife. It isn’t likely that Jane did have a c-section in the end, especially considering that she lived for 12 days after Edward’s birth.

A c-section in the 16th century was immediate death for the month. In fact, in most cases, it wasn’t performed until the mother was dead. The medical care and hygiene wasn’t good enough to create such a large cut and not have any infection cause complications after the fact.

It didn’t make the labour any easier for Henry’s third wife though. Would he have ordered a c-section? Possibly; he did believe that this son was a boy. However, it all depends on whether you believe he loved his wife enough. There was always the chance of having future children if Jane remained alive. Henry VIII needed more than one heir to the throne; any king in the 16th century wanted that!

The birth of Edward VI was a celebration for the whoe country, not just Henry VIII and Jane Seymour 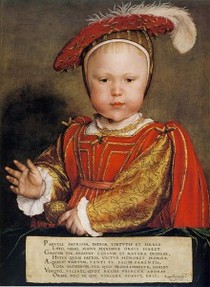 Edward VI was born at 2am on October 12 and the bells rang out instantly. Henry VIII was overjoyed at the news. This wasn’t the first time that Henry had a legitimate son, though. It had happened at least once before with Catherine of Aragon. They had a boy on New Year’s Day but he died just a few weeks later.

These celebrations were different. Henry had believed that his last two marriages were invalid in the eyes of God. There was a reason Catherine’s son died and there was a reason that Anne Boleyn failed to carry a living heir to full term (and to him it wasn’t due to poor medical care, lack of knowledge when it came to pregnancies or the fact that the man dictates the child’s gender!). There was no reason for this marriage to be invalid and this was the proof of that.

The whole day saw celebrations from the English people. Merchants were giving out free wine, beer and food to everyone and anyone who wanted to join in with the festivities. There were bonfires around the country and the Tower of London had 2,000 bullets being fired. It was clear that the new royal was a healthy and happy boy. The king and his queen were ecstatic.

The Death of Queen Jane Seymour

The celebrations didn't last long. Queen Jane Seymour died 12 days after the birth of her only son. 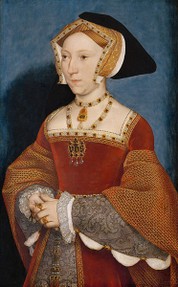 Jane Seymour seemed to recover quickly. Her contractions started on October 9 and finished with Edward’s birth on the 12. There was no medicine back then to make the pain easier, so she would have felt every single one of them for those three days. It would have been agonising and she would be forgiven for wanting to rest on the day of her son’s birth.

It didn’t take long for a Christening to be prepared. Three days after his birth, the young prince was christened and Jane even received visitors; although she did not attend the christening itself. It seemed that in a few days, she could have been back on her feet but then she took a turn for the worst.

On October 18, Jane became very ill. The illness wasn’t clear but many are now in agreement that it was childbed fever due to a tear during the birth that became infected or due to left over placenta in the womb. Her cause of death will never be officially known but it is likely that it was this bacterial infection—it was extremely common in the 16th century.

It wasn’t the first time that Henry VIII saw someone he loved die of childbed fever. His mother, in 1503, died of the same infection after the birth of his youngest sister, Katherine. Katherine died just a few days after her birth and was buried with Elizabeth of York. A future wife of Henry VIII would die of childbed fever but during Henry’s lifetime. Katherine Parr died of the bacterial infection after the birth of her only child, Mary Seymour, in 1548.

By 8am on October 24, Jane Seymour showed signs that she was close to death. She gave her last confession and received her final sacrament. It must have been a heartbreaking time for Henry VIII. He had gained that son he needed but he was losing his wife in the process. She had given her life to provide Henry VIII with the heir he needed at the time and he loved her forever for that.

Edward VI never got to meet his mother but he would have heard good stories. The Court was full of the Seymour faction during Henry VIII’s reign and Edward’s uncle, Edward Seymour, became the young king’s protector after Henry’s death. His uncle’s influence, along with Katherine Parr, also helped Edward become the Protestant king he was known to be, despite his mother likely being a Catholic supporter.

Jane Seymour: The Meek, Mild and Boring Queen of Henry VIII?
Jane Seymour was Henry VIII's third wife and is consider the most boring of all six. However, was she actually the smartest of all by being traditionally English?

Henry VIII: The King with Six Wives
King Henry VIII is well-known for two things: his six wives and the religious reformation. How much do you really know about him?
Updated: 10/12/2013, AlexandriaIngham
Thank you! Would you like to post a comment now?
1

It's medical term is puerperal fever and was a bacterial infection. I don't think it happens that much today since antibiotics are around and can clear the infection. I've not done much hunting or research, though. I think the biggest problem now (and speaking from experience) is hemorrhaging. It was usually due to left over placenta or a tear during the birth that became infected and there was just nothing that they could really do.

I'm really impressed that Elizabeth Woodville and her mother didn't die of childbed fever considering the number of children they both had!

Wow! I never realised that about Edward V (that it was Edward VI's portrait in medieval clothes. I can see the artist's logic and might explain why Edward V and his brother look so similar in the portrait where they are in the Tower.

I keep coming across 'childbed fever' in histories and it's never occurred to me to actually work out what that would be today. Do you have any idea?

Nice telling of the birth of Edward VI. :)

Random fact of the day to go with it: there were no official portraits of Edward V done in his lifetime (given that he was rushed quickly into the Tower of London, then went missing, it's hardly surprising). The one that we have is actually a portrait of Edward VI, in Medieval clothes. The artist figured that they're closely enough related that his namesake and great-uncle probably looked pretty similar. 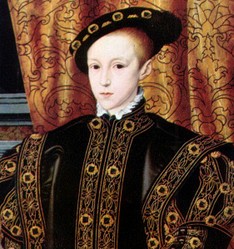