There are a lot of different string trimmers (often called weed eaters) available. This article examines the positives and negatives of the Black & Decker Grass Hogs.

The Black & Decker Grass Hog range has been around for a while now. However, it's a very competitive market with dozens of different manufacturers, so what makes the garden tools from this company the ones to choose... or the ones to avoid.

Most people know the maker's name - they produce a huge variety of electrical goods - but does that mean you can put your trust in the Black and Decker Grass Hog range of string trimmers and edgers or should you look elsewhere?

First things first. Do you need an electric string trimmer or is a gas-powered weed eater a better option? Many times we read reviews of electric tools - particularly cordless string trimmers - that are full of disappointment. "It's not powerful enough" and "the battery doesn't last long enough" are common complaints. The likelihood is that there's nothing wrong with the Black and Decker Grass Hog - or a similar machine by a rival producer - the chances are that the person should probably have bought a gas-powered model instead.

It's down to power. If you pick a gas-engined machine you could well have a 25cc motor. Now that might not seem much compared to your car, but it's a lot of "go" for a string trimmer. If you have a large yard or garden that's probably what you should choose. Electric string trimmers like the Black and Decker Grass Hog range are made for much lighter duty: cleaning around the edges after you've mowed, tidying the drive, the patio, around the deck, etc.

If that's what you need, then there are plug-in or cordless weed eaters that will do a great job and the Black & Decker range is as comprehensive as any out there. An ST4500 is cheap and weighs only a few pounds - ideal for light work around your paths. If you need something with more reach - in other words cordless - the NST2118 Grass Hog is a very capable all-rounder and the latest version of an award-winning tool.

It's fair to say there have been some quality issues expressed about the Black & Decker Grass Hog range in recent years. Fortunately they seem to have been addressed and there are positive comments wherever you look. Attention has been paid to comfort and ergonomics, plus clever innovations like the gear-driven heads that transmit more torque than many competing models. Like all electric string trimmers, the advantages over gas power are that they are quieter in use, lighter, require almost no maintenance and are more environmentally friendly - indeed the charger for most Grass Hogs has received the EPA's Energy Star award.

The only real negative with Black & Decker's Grass Hogs is the same problem as its rivals - poor battery life. Even the most recent NiCads supplied will only run twenty to thirty minutes without recharge. Most Grass Hogs do come with two batteries to hep overcome this problem, and if you have other Black & Decker power tools you may have additional compatible units, but it's still a drawback.

Finally, any comparison of the Black & Decker Grass Hog range should really look at prices. It's actually not easy to do because frequently you can find these tools for a lot less than the recommended ticket price - as much as 50% off. There are always going to be competitors (usually that you've never heard of) that make cheaper models, and I've had cordless drills that are so cheap they're almost throw-away items. It's not a very environmentally aware approach though and I would rather pay extra for something that I can rely on to last me a few years. The Black & Decker Grass Hogs are a mid-priced garden tool with a three year guarantee by a quality manufacturer. If price is your only motivator you can pay less - but with electric garden tools you usually get what you pay for.

The supplier you trust and probably the best prices too!

Do the cheaper models work as effectively?

A manual sod cutter tool is a great gardener’s tool for lifting the surface l...

A gas grass trimmer is a required power tool when it comes to weed whacking. ... 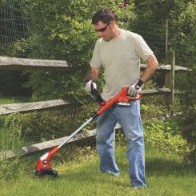 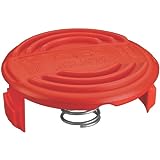 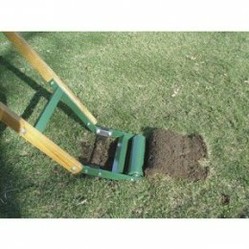 A manual sod cutter tool is a great gardener’s tool for lifting the surface layer of your garden, in order to plant or work an area that is otherwise covered with lawn grass.
7%  0   1 Tested_to_Destruction
Trimmers & Edgers 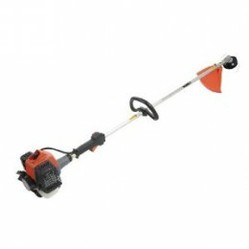 A gas grass trimmer is a required power tool when it comes to weed whacking. A quality grass trimmer will work just like a good weed eater should.
Loading ...
Error!