The Book of Psalms: A Study

The Book of Psalms is something worth studying. The psalms are easily read, but to simply read them loses much that is contained within them.

This course is more about prayer, and less about theology, than Revelation.

There are about eleven courses available from the source, and those in the last class voted on Psalms as the next topic. I did not vote since I thought I would be unavailable for class, but I would have preferred The Gospel of John, which I feel is the deepest theologically of the four Gospels.

This course is part of The Great Adventure: Your Journey Through the Bible.  (Since the Books of Enoch are not in the Bible, I see no chance on a course on them, which I would want.)  The course is on video accompanied by a book, and the principle narrator is Jeff Cavins, the same person who narrated Revelation, with Sarah Christmyer and Tim Gray also contributing to the presentation.

Psalms: The School of Prayer

The psalms are prayers, many attributed to or about David, but certainly not all psalms concern David.

The psalms were written in a style of the day that was used by the people.  Repetition is often used, and we learned that repeating in those days was a form of saying that something is very important, with the example being “Holy, holy, holy.”  Progression of actions and parallelism were also used.  Parallelism is two verses of about the same length, the second repeating or making greater emphasis of the same idea as the first.

The Psalms, according to the course, are best experienced when sung.

Where Do We Encounter Psalms?

One encounter we can have is at a Catholic Mass.  The psalm of the day bridges the First Reading and the Gospel, placing them into perspective.  They are part of the same overall message, and the psalm between makes this clearer if we pay attention and think.

The missalettes used in our parish have a brief written message that help people understand the connection.  It should be read before Mass.  Not all missalettes have such an introduction to the readings.

Another place the psalms are found is in the Magnificat, or the longer Liturgy of the Hours, also known as the Divine Office.  These can easily be found in book form and read.

One can look up the readings of the day, and one can then read the psalms between the other readings.  This practice places the psalms in proper perspective with the Liturgical Year of the Catholic Church.  If your parish does not give the list of readings for Mass for the week you can easily look at the bulletin of another parish that does.  This is possible if the other parish is online.

Liturgy of the Hours

Relax as You Read and View the Tapes

The Psalms as Books

The Psalms are divided into five books.  Psalms have different focuses, such as Messianic Psalms, Thirsting for God, Psalms of Suffering, Penitential Psalms, and Psalms of Thanksgiving.  It quickly becomes apparent that a given psalm could address several topics, and many transition from one topic to another.  This division seems to me to be less important than seeing what any given psalm is about.

My copy of the Bible is The New American Bible, which is a little older.  More recent translations differ in verse numbering.  One person in class knew why.  In The New American Bible the title of each Psalm is verse 1, whereas in the version some others in class have the title is unnumbered, and what is verse 2 for some of us is verse 1 for others.  This is a minor difficulty.

People might question how we can have different translations of the Bible.  Going from one language to another is not just translating each word, sentence structure might differ.  And, one word can translate into many English words.

The English language has a multitude of words meaning the same thing, such as sick and ill.  Some words came into use from the Anglo-Saxons and probably via the early Britons, and the other words came from the Norse, particularly the Danes, who settled in Britain and assimilated into the culture, but kept some of their own words.

What is important is the meaning of the words in the translation, not the English word selected.

The Book of Psalms is not something that is best read straight through.  Instead, they have groupings.  Furthermore, the psalms can be better understood if they are combined with other readings, both Old Testament and New Testament readings.  Just reading the Book of Psalms is not wrong, it is simply better done if the psalms are sung with other readings.

The psalms should be of value in the scope of a Judeo-Christian society.  They existed, and have been sung daily, by the Jewish people through the ages, and are adapted to the Christian churches.

The main difference in the understanding of the psalms from the Jewish and Christian points of view is the Messianic psalms are still a looking to the future with hope for a Messiah to come to the Jewish people whereas Christians see Jesus as fulfilling that hope.

I stopped commenting on one site [I did not write for it] during the pope's visit to the UK when one comment that expressed a wish to set the dogs on the pope was published.No longer did I access that site.

Frank, thanks for the scholarly addition. I respect your additions, especially here in the religion section of Wizzley.

One thing I have noticed in my articles, and so many more of yours, is that the people on Wizzley are respectful with respect to religion. On another site that I have stopped writing on one person was rude with an article about saints.

Derdriu, I have not completed the course. We are about half way there. So, picking a favorite is difficult. In fact, up to now we have concentrated on the history, and structure. We are about to embark of the different forms the psalms take.

Well written. It is worth saying that all 150 psalms are recited over the seven days of the week in the monastic hours of prayer. These hours are as follows:matins and lauds in the morning, terce, sext and none in the afternoon, vespers in the evening, compline at night. There was an eighth, prime,which was joined with lauds.

The three prayers from Luke's infancy account are also said. These are the Benedictus, by Zechariah, father of John the Baptist; the Magnificat, by Mary; and at compline the Nunc Dimmittis by Simeon. "At last all powerful master you give leave to your servant to go in peace, accoording to your promise, for my eyes have seen your salvation which you have prepared for all nations, a light to enlighten the Gentiles and give glory to your people Israel, glory be to the Father and to the Son and to the Holy Spirit as it was in the beginning, is now and ever shall be world without end Amen." Not only is this a night time prayer, but it is good to say over the dead. Years ago I said it over my father's body.

blackspanielgallery, Thank you for the practicalities and products.
Do you have a favorite psalm and a favorite, personal time for reading that or other psalms? 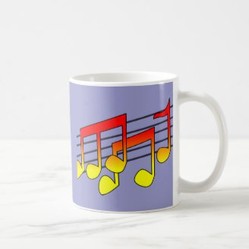