The British Sovereign: A Gold Coin with a History

The old standard of gold coins, the British Gold Sovereign, is often overlooked. It has a rich history and is minted by the Royal Mint which has a commitment to quality.

First, the oldest operating mint in the world is the Royal Mint. While it is no longer located in the Tower of London, or even in England, it has become well respected due to its lengthy existence. The current location of the Royal Mint is in Wales.

During the days of the expansive British Empire the Royal Mint had branch mints in other countries. Thus, the Gold Sovereign has become quite popular in Australia.

The Gold Sovereign is minted so as to contain 0.2354 ounce of 22-karat gold.  Unfortunately, this historic coin is less likely to be sold in America because it is not 0.9999 gold.  Of course, neither does the American Eagle have such purity, but the Eagle has an appeal in its home country.

The Gold Sovereign must also compete with the Maple Leaf, the Philharmonic, and the plethora of Australian gold coins, and many others.

The obverse of coins of the United Kingdom feature the monarch’s effigy.  Queen Elizabeth II has gone through several different effigies that have depicted her as aging gracefully.

Each monarch, in general, faces the opposite direction than the monarch that was the immediate processor, although there is no apparent real strong rule.  I believe this is to avoid confusion with coins in current circulation.

The reverse of the Gold Sovereign is usually a depiction of Saint George slaying the dragon, but on very special occasions this image is put aside in favor of an image honoring the occasion.

Gold Sovereigns and half-sovereigns are available from many coin dealers, and can easily be found on Ebay.  However, there are many issues, some a number of years old, available at the Royal Mint’s website.

Purchasing directly from the Royal Mint assures the buyer of the coin’s authenticity, and that no one can claim it was stolen.  The province of the coin is well established.

The Australian version that is still minted by the Perth Mint, formerly a branch mint of the Royal Mint, is available on the Perth Mint's website.

This coin is important enough as to have entire books written with the British Gold Sovereign as the only subject.

The Videos and Images

The Royal Mint produces videos and posts them on YouTube.  The videos on bullion coins and on the Gold Sovereign are easily found.  I have included links to the Royal Mint’s offerings below.

A visit to the Royal Mint’s website will also allow you to view images of some of the coins in the mint’s vast museum.

The introduction image is of one of our products on Zazzle, and we are  allowed to use the image taken from CJClopart as a public domain image.

Once a mint runs out the demand sets the price. Unfortunately, ome go down. Buying the right ones for a profit is a ht and miss.

The ROyal Mint is free with information, and has such a long history there is much I have yet to learn. The videos in the article are from their playlist, and while other topics did not fit this article, they are a treasure trove of information.

Your information about the Royal Mint is completely new to me. Thank you. 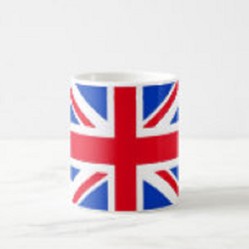