The Byzantine Rite of the Roman Catholic Church

The Roman Catholic Church has a lesser known part called the Byzantine or eastern rite. This rite has common parts with the Roman rite, but some major differences.

I first heard of the eastern branch of the Roman Catholic Church years ago in religion class. When the question came up, “Are priests allowed to marry?” the answer is no. However, in the eastern church priests are allowed to be married. The rule is similar to that for deacons, if the marriage came first it is fine, but even if widowed marriage is prohibited for the priests.

My Experience with the Byzantine Catholic Church

Some years ago I was travelling.  This was before GPS.  It came to be a Sunday, and I was in Florida.  We found a listing of Catholic Churches in a phone book, and selected one easily found.  The route was long, but simple.

There was a small, white building.  Outside the building was a sign identifying the church as a Byzantine Church, and on a subsequent line were the words in communion with Rome.

Inside the building things took an unfamiliar turn.  The building was smaller than the older churches I was familiar with, but there were more art pieces than one could imagine being in such a small place.  In fact, there was a folding panel opened so even more art than could be placed on the walls could be displayed.

It did not have the size of older churches, but even so if all the statues and other art of a larger church were to be concentrated it seemed there was much more.

The scene was so unfamiliar I immediately searched for the sanctuary lamp.  Catholic Churches display a lit candle in a red container indicating the building is a place of sanctuary, a carryover from when even kings were not allowed to violate sanctuary in capturing a person.

The Catholic Church requires the three principal parts of the Mass be the same throughout the world, those being the Offertory, the Consecration, and the Communion.  But, there is latitude in the presentation.  Words can be said, or sung.  The Byzantine Rite opts for maximizing singing.

I recall when I was young counting candles at Mass.  If there were two lit candles the low Mass would be shortest, six meant high Mass with some singing, and twelve meant a solemn high Mass with even more singing.  The Byzantine Mass went well beyond the solemn high Mass.  At certain part of the Mass a man would announce “Be attentive.”   I remember he actually would sing the words.  Perhaps the Gospel and sermon were all that were not sung.

Both the décor and the manner of presentation were inspirational.  These went well beyond the experience of Mass in the Roman Rite.  I can just imagine how much more inspirational it would be to have had an older building with ceiling art and stained older glass windows.  Newer stained glass is often just for color, but older stained glass windows were of images from the Bible and used as teaching tools.

The Episcopalian [Anglican] church has communion with the Orthodox, though as you say women bishops are an obstacle now.

The trouble between the Orthodox and the Catholics stemmed from the fact that the Pope had inserted the word filioque [and from the son] into the creed without consent of a general council, which the orthodox thought wrong. But no one wanted a fight on the issue, except for Cardinal Humbert, who unfortunately was papal legate to Constantinople. Situations worsened over the years and divisions grew.

The two churches have made great strides in recent years and the filioque issue has been resolved to the agreement of all but some fundamentalist types.

I have a limited knowledge of the Orthodox. I have toured two of the Greek Orthodox cathedrals, and was able to enter discourse with one of the guides. The Greeks seem to have festivals, and give tours if one is respectful of the cathedral. One was when I was n New Orleans, and one in Houston. The only Orthodox service I attended was a wake, and the chanting reminded me of the Gregorian chant. The vestment was delicately done, and the priest had a head covering.

The Orthodox accept the Pope as first among equals, primus inter pares, but they do not accept papal infallibility or the doctrines of the virginal conception [not to be confused with the virgin birth] or the assumption of Our Lady into Heaven.

Callistus Ware, an Anglican convert to Orthodoxy, argues that there might be an Orthodox case for ordaining women bishops, but I don't think that you can bank on its happening.

Catholics may receive the sacraments in an Orthodox church if there is no Catholic Church available. But they may always receive sacraments from priests in an Eastern Catholic rite in communion with the RC Church,though normally you stay with your own rite. I have received under communion Ukrainian rite, when at theological college in London we had mass from Ukrainian rite priests in communion with the RC Church.

But note,the Orthodox did not secede from the Catholic Church. In 1154 Cardinal Humbert, visiting Constantinople, declared the Orthodox Patriarch excommunicated on grounds that he did not accept RC theology of the Trinity,and he delivered the excommunication without papal permission. The Orthodox did not want the break, and Humbert was very ill tempered and authoritarian. The two churches never got together again. To think, therefore, that the Orthodox broke with Rome is wrong.

The Orthodox opposed the Roman Church's insertion of the word filioque [and from the son] into the creed, as Rome had done it without the authorization of a church council.

What I believe happened is the Orthodox broke with Rome, then some parishes returned some years later. They are Catholic in every sense, but the traditions of the eastern Roman Empire's legacy remained. The main difficulty with the Orthodox for Roman Catholics is they believe in a group of bishops being lead by the Patriarch, and do not accept the authority of the Pope. The group that returned are different in style only, and are in communion and under the Pope. Yes, the Sacraments are allowed. No so for Byzantine Orthodox churches, although I was taught that the bishops were properly consecrated, so their priests are properly ordained. In an emergency, no Roman Catholic parish available, I believe this would be allowed, but check with a priest. The problem is the Orthodox frown on anyone not Orthodox receiving the sacraments. A similar case was so with certain other religions, but now with women bishops ordaining the Roman Catholic Church has a problem. In particular the Anglicans and Lutherans had properly consecrated bishops. I suspect the really strict Orthodox will not ordain women even if Rome does. This may be more than asked for..

I would certainly attend but are we are allowed tor receive the Sacraments there?

I agree about old and new stained glass windows too.

There are some, but not man, parishes that exist in America. They are accepted, since they are iin communion with Rome. However, if you come across one I suggest entering and looking around, and if possible attend Mass there.

That is very interesting about the Byzantine rite . I know nothing about it but I m sure big brother will do.

Thank you for posting ; you have a very clear and straightforward way of explaining things in your articles. 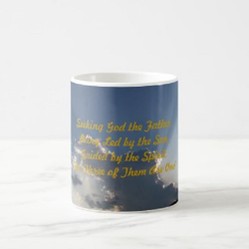 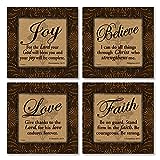