The Company of Trees

Thomas Pakenham's book, The Company of Trees, makes an interesting and informative read.

Thomas Pakenham is an author and historian with several books to his name. This book is partly autobiographical, as he details some of his life experiences as a tree enthusiast and owner of an arboretum, tree garden, in Central Ireland, but also as a successful plant hunter in the mountainous regions of Asia, notably the Himalayan areas of Sikkim and China. He includes not only his own exploits, but also some history of the plant hunters who preceded him. The book is well-written, interesting and informative.

The image above shows leaves from the Gingko biloba tree, a species cultivated by Thomas Pakenham. Image courtesy of auntmasako.

Integral to the book is Thomas' life at Tullynally, a renowned arboretum [tree garden] in County Westmeath in the middle of Ireland. The arboretum, which is an estate covering many acres, is centred on Pakenham's stately home, which has been in the hands of his  family since the seventeenth century. He is, in fact,the eighth earl of Longford, though he makes no use of his title in the book, and it seems that he wears it but lightly.

We are let into the difficulties, dangers  and joys of running an arboretum in Westmeath,a boggy county in the middle of Ireland.  There is the tale of one particularly dangerous incident when Thomas went out late in the day without a  mobile phone or a torch to check on a bog fire, a problem in parts of Ireland in dry conditions, when the wind changed and cut off his escape route. The only way out was for this man of seventy nine to crawl in the dark of a country night through a rhododendron thicket before collapsing with exhaustion on a stony knoll. He was awakened by the torches of a search party led by his eldest son, who was in no hurry to find that he had become the ninth earl.

Thomas tells of his successes and failures in bringing in a variety of trees, including a rich range of acers, including maples, and his struggles to bring in the gingko biloba, a relict kind of tree. Pakenham is no friend of those who only want to grow native trees, whom he considers extremists and describes as Talibans. I was surprised to know that prior to one of the ice ages the gingko flourished in Britain and Ireland, so he believes that he is reintroducing a native.

Some interesting history is woven into the book. He explains why a line of trees was planted to obscure the view of a nearby hill, Knockeyon, and tells us that in the seventeenth century when burglars massacred  a family and their servants the culprits were hanged on Knockeyon in view of the house that they had ravaged. Tullynally's ladies were not keen to gaze on a place where a particularly large gallows had been erected and corpses left dangling.

The book deals with the economic problems of running an estate, beginning with the crippling death duties that beset him when he inherited, and we wonder what was the point of setting the duty so high that the original owners of estates were so damaged that many were forced to sell, but  the lands went not to  the people but to capitalists who were probably less beneficient than the dispossed and impecunious aristocrats were.  To research the problems of estates he  made a tour of Ireland's stately homes to see how they solve their problems, and in this we find some interesting snippets of history.

The Company of Trees

Well, you cannot but admire a man who can still hunt for plants in the Himalayan regions of Sikkim and parts of China at the age of seventy nine, and  we cannot doubt Pakenham's great strength and stamina. It is noteworthy that despite his age expedition members are glad to have him on their team,on which he is often the oldest person, in one case by fifteen years.Yet he manages to keep up with the team and does not appear to be a hindrance. But what he contributes to the expedition team is a deep knowledge of plant species that enables him to identify the plants to be collected, a skill invaluable in a plant hunter.

We might be tempted to think of plant hunting as a dream job done by intrepid people braving the wilderness to discover new species, and this was sometimes the case, but Thomas tells us the story "warts and all" Not only does he have a detailed knowledge of plant species, but he has also much history on the early plant hunters who brought seeds back to Europe. Their history puts Pakenham's exploits in the shade with tales of bloodshed and escapes. Two stand out Forrest and Wilson, in the early twentieth century, rival plant hunters employed by Bulley's of Ness Gardens and Veitch of Chelsea respectively. While on expeditions at about the same time Wilson was injured in a landslide, while Forrest in 1905 was caught up in a Tibetan invasion of China, which was a response to a British raid on Tibet,  when bloodthirsty xenophobic llamas surged out of Tibet looking for foreigners to kill, slaughtering or enslaving Forrest's Chinese assistants, torturing to death some Catholic missionaries, while Forrest only managed to  escape in disguise. Wilson,we are told, emigrated to the USA for a better paid job, finally dying in a car crash;whereas Forrest, out in China one day, clutched his chest and fell down dead.

We read of Thomas' difficulties of negotiating rocky valleys of the normal tourist trail, and crossing rivers on rickety bridges seeking elusive species in often misty conditions. Pakenham does not conceal his physical difficulties, once having to be helped across a difficult  bridge by younger members of the time, and we are  reminded that balance decays as we grow older.

The book concludes with a minor, but long awaited success. The search for Dr Falconer's Rhododendron, a species of rhododendron that can cope with wet conditions very well, but which had always eluded Thomas, which he found on his last trip to Sikkim in 2013, the year in which the book is set.During this trip we find his age is catching up with him and he had to be helped down a mountain by "the bear" a powerful young gardener. We are left with the feeling that time is passing for this great planstman and that there may not be many more expeditions. But he had found the elusive rhododendron and brought the seed back to Ireland

This was an interesting, enjoyable and informative book by a man who writes well in a lucid style.The writer's character comes out in the book as basically good natured and friendly, and also well-informed on his chosen areas of specialization. I have no hesitation in  recommending this book to readers who take an interest in trees, gardens, plants and maybe Ireland.

I am afraid that I do not know of anyone who has done this. Sorry Derdriu

frankbeswick, Thank you for the practical information and product line.
Previously I've read Meetings with Remarkable Trees. So I know that I will appreciate getting The Company of Trees.
Would you know of anyone who has written the equivalent of in the company of, and meetings with, remarkable bushes, shrubs and vines?

One point to remember about arboreta is that they take a long time to mature.Thomas Pakenham knows that he is planting for future generations, but this is what the mediaeval monks did, so planting an arboretum is an act of generosity to the future. But there are times when one has to be ruthless with trees.For example, I had to fell my much valued old Bramley apple when it developed canker. Pakenham at times fells trees. Near to the arboretum he has some conifers planted as an economic crop,for running an estate is economically demanding.

I have had the experience of visiting an arboretum in the mid eighties, and it is a worthwhile venture. I visited one near Chicago which was named for the family that owned Morton salt. I recall the tees arranged by continent, and a peaceful road through them. Of course name placards are a must. If you get to visit his actual arboretum I would guess you would find the visit worthwhile, for you describe an even more complete arboretum than the one I visited. 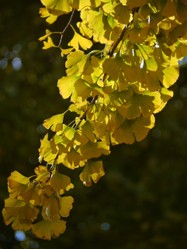