Dungeon Keeper has always been a favourite game, not only was it one of the first games I was introduced to it's also a game that I've re-installed more times then I can count. The dark humour, strategy and building aspects all combine perfectly for me in the DK series.

Maybe you're a long time fan or a newcomer to the entire franchise, I hope that this page will appeal to people from both camps.

Vote For Your Favourite DK Game

For those of you landing on this page that have never heard of a Dungeon Keeper game before I'll provide a brief overview of what the games offer.

The games are essentially a real time strategy game crossed with dungeon management. You take control of evil and battle against the side of good as you attempt to rid them from the land. By attracting a variety of dark creatures, researching spells and building traps you'll have all the tools that you need.

To keep you moving forward you'll have a dark and sarcastic narrator that adds humour into the gameplay. While many games tried to replicate the Dungeon Keeper formula, very few succeeded.

The Start Of Something Great 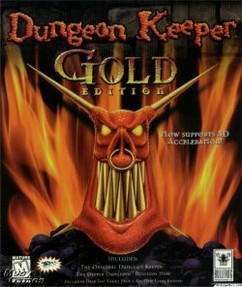 The game that started it all was Dungeon Keeper (1997), a game that is older than most gamers today! Looking at the graphics now (and the resolution) it's no wonder nobody is that interested in trying it, it's truly an ugly duckling of the day.

I still have no trouble loading up the game (digital copy through GOG.com) from time to time and love the challenge that it brings even after playing it so many times. The game is a real challenge, so if you consider yourself a strategy game master then take a crack at DK and see just how true that is.

As the first game in the franchise it wasn't perfect by any means, but it's nothing that detracts from the experience for me. I do find it hard to recommend to newcomers to the series and generally suggest they start with Dungeon Keeper 2 as it's much more new player friendly.

The Next Instalment Of Evil 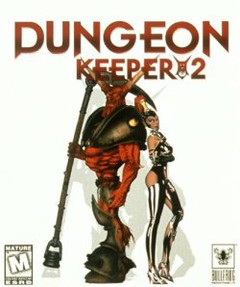 Definitely my favourite in the series and also the one that makes the series accessible to everyone in my opinion. Just like the original I own a digital copy through GOG.com and I recommend it to anyone that is looking to get into the series.

Gameplay didn't change too much from the original but many of the mechanics were refined that make the game a much better experience. Graphically the game also took some great leaps.

The pet dungeon feature in particular was popular for me because it gave you huge worlds to build the ultimate dungeon, a sandbox style of gameplay I really liked.

With hundreds of installs over my lifetime it's fairly easy for me to play the game without thinking too much except it still draws me in time after time.

Free To Play Comes To The Franchise 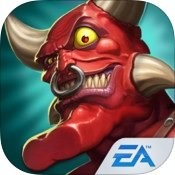 I'll tell you right now in the first sentence that this game is awful. It's EA's typical attempt to take a franchise and bleed it dry for money. Within days of the release the gaming community and the various game news site had covered the game to death, all talking about the complete flop that the game had been.

Part of this was due to the insane pay-to-win elements in the game, yes it's a free to play title but when it takes a week to get even the most basic parts of your dungeon built, you quickly feel like you can't play unless you purchase some premium game currency.

Even putting those elements aside (I think they'll be patched at a later date) the other gameplay simply isn't representative of what a Dungeon Keeper game should be, it isn't dark, there isn't a lot of strategy and the humour is way off.

What Do You Think About The DK Series? 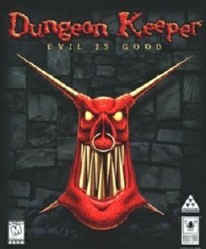 What if you could only have one Nintendo Entertainment System Game for every year of the system's life? Which would you choose, and why? Here's my personal pics!
23%  5   1 tirial
Classic Games