The Evolution of Disney Princesses Throughout the Years

Disney princesses have changed over the years. Here is a run-through the major princesses and changes.

Over the years, Disney Princesses have evolved with society’s views on women. It can be amazing as you watch over the original movies, like Snow White and Cinderella and then take a look at the modern day princesses like Anna and Merida. Not sure who I’m talking about with the latter two? Just watch Frozen and Brave.

With having a daughter, I’ve been able to buy the majority of the original Disney movies along with the newer ones and see the evolution throughout the years. Now it’s time to share them with you.

“Leave the Sewing to the Women...”

Do you remember that line from Cinderella? Just how did the Disney princesses start out? 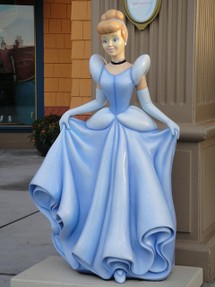 It’s a line that I constantly think of when I think about Cinderella. One of the female mice pretty much tells the boys that only women can sew. It never bothered me when I was younger, but now it really annoys me. Of course, I have to remember when this movie was made.

Cinderella was released in 1950. Just 13 years before that was Snow White; another movie that makes it clear that men and women are expected to do certain jobs. The seven dwarves go to the mines to work while Snow White takes care of the housework and cooks dinner. Back then, it was certainly the view that the men worked and the women did the housework. I hate to say this but if it wasn’t for the World Wars I think it would have taken much longer for that view to change.

It’s also important to remember the time periods that these movies were set in. While the era isn’t exactly given, it is clear that the princesses were written into the Middle Ages/Renaissance time periods. Think of Edward IV and Henry VIII; they were times when women were thought of as lesser beings.

As time has evolved and society’s views on women have changed, the princesses have developed.

Maid Marion was a Strong Woman

How did the evolution of women start? With the legendary character Maid Marion of course!

Jump forward to 1973 and the classic Robin Hood. Now, sure this movie was based on a legend and animals played the parts, but that doesn’t change the fact that Maid Marion was the “Disney princess” of the movie. And she was a strong woman in this movie. She wanted to help Robin Hood, even if she couldn’t do everything.

She wasn’t really focused on though. But she did lead the way to the likes of Belle in Beauty and the Beast. If you’ve seen the After Ever After video series, you’ll know that there is a mention of Belle being persecuted as a witch. Considering the time period that the movie was supposed to be set in, this is certainly an interesting point but right now I want to focus on the strong, positive character.

Belle was a smart woman and cared more about education than the most handsome guy in her area. It was her dream to make something of herself. She put herself at risk for her father and remained with the Beast. Of course, she ended up falling in love with him but she cared more about the man than the looks, and that was a great focus for the movie.

Unfortunately, Disney seemed to back track with the likes of Princess Ariel in The Little Mermaid. Yes, it was based on a fairy tale already around, but the company could have made some changes so that Ariel wasn’t the typical helpless woman. I actually think Ursula proves to be the strongest woman in the whole movie!

Read and Play With Your Favorite Disney Princesses

Mulan Paved the Way for the Rest

But it wasn't until 1998 that there was a clear sign that women in Disney movies were making a change for the better.

The evolution did continue though with Mulan in 1998. The story was about a daughter of a Chinese family who didn’t feel like the typical woman. At the time, her elderly father was called to join the forced, so she went in his place. Not only did she show that she was caring and loving, it showed the determination to prove that women could be just as good—if not better—than men. It was an extremely positive movie for young girls at that time.

In fact, that movie was partially the reason why I looked into joining the military.

There was also the fact that I didn’t really know what I wanted to do with life but flying planes interested me. Mulan showed me that it really was possible for women to do everything men could do.

This Disney princess also paved the way for so many other strong and powerful women. One of those that I’ve already mentioned is Merida from Brave. I love this movie for its Scottish storyline but also because of the medieval setting. The writers made a point that just because the movie was set during the Middle Ages didn’t mean the women had to go along with everything that was expected of them. This was certainly the case for Merida.

She wanted to be just like the boys. She enjoyed climbing trees and causing mischief. Really, she is another great role model for children. One positive thing for this Disney princess is that she has become one of the main focuses in Disney stores now. Costumes so children can dress up as her are available alongside the likes of Belle, Cinderella and Snow White.

Who do you think is the best Disney princess?

There is still some way to go, but what about the modern day princesses?

The most recent Disney princesses (well, a princess and a queen) are Elsa and Anna. These Frozen characters took the Disney princess stereotype one step further. The whole movie went one step towards the way society is moving. Rather than focusing on the true love between couples, the movie focused on sisterly love.

There is still further for Disney to go with their princesses. However, they have come a long way since the original Disney princesses such as Snow White and Cinderella. As society changes, so has the idea of the main female character in movies.

Will Disney Princesses Ever Be Truly Positive Role Models for Children?

Get Disney princesses dolls and toys for your children

You're welcome, Telesto. Thanks for stopping by; really glad you enjoyed it.

Thank you, I really enjoyed that. 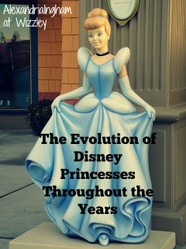 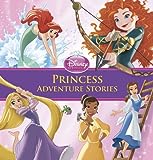 What are the top animated children's movies for 2011? There are some great kid's movies premiering this year from some of the top studios including Disney Pixar, and Dreamworks.
53%  5   5 lauryallan
Kids Movies