The F1 cars of today are faster, better and stronger than those 60 years ago. But how and what exactly has changed?

While Formula 1 remains concerned with a driver’s ability to handle a car around a circuit, those four wheels in which they have to show their skills has changed dramatically over the years. Each year, teams find a way to shave an ounce of weight or reduce drag using some new-fangled tech. So how has the car changed exactly and what were the major technological findings that changed these into mean machines?

Evolution of the F1 Car in 60 Seconds

The first Formula One World Championship season took place in the 1950’s at Silverstone in England. Back then, cars didn’t focus on saving weight like today's new cars. The heavy cars put tremendous pressure on the tyre. Tyre technology was in its infancy which caused blowouts and crashes due to them being unable to handle the immense weight. There was also a free choice in fuel, many choosing to mix alcohol to act as a coolant! In 1955, disc brakes were introduced, replacing drum brakes, which meant far quicker breaking times. What’s most striking is the design. Its tubular shape looks almost strange without wings on the front or rear. The engine was also found in the front of the car too. But an engine at the back was favoured towards the end of the decade. This made the car more agile, making it easier to negotiate around bends.

Legendary designer Colin Chapman of Lotus introduced a technological revolution called the monocoque. This is where the chassis is made from a single piece of material. This helps to reduce drag and saves weight too. Aerodynamics soon gained more attention soon after. It was again Lotus spearheading the innovation with wings. The initial wings are comical to say the least. Not like today’s wings, they were extremely tall! This made them fragile and caused accidents. The wing pushed the car down onto the track to help corning and grip.

Chapman was at it again when he pioneered the idea of creating low pressure to help keep the car to the ground; it essentially created suction between car and road. This involved channelling the airflow under the car. World champion Mario Andretti suggested it was like it was painted to the road! Until then, air was taken in through the nose of the car, which is why you’ll see an oval grid on the nose of previous cars.

The 80’s saw a different material for creating the monocoque emerge – carbon fibre. Previously, they had been made from the heavier aluminium. The 90’s saw more technological findings made soon after with semi-automatic gearboxes and anti-lock brakes. Drivers experienced better control with launch and traction control being introduced. Computers were starting to play a bigger part in cars when active suspension came to the fore. Many of these were banned as it was thought it detracted from the driver’s skill and the cars were getting dangerously fast.

KERS (Kinetic Energy Recovery System) played a huge part towards the end of the decade. KERS allowed the energy from braking to be stored. This extra energy could then be used as an additional power boost. While it did increase overtaking and therefore made it a better spectacle for fans, it was banned the next season but re-emerged in 2011.

The most recent change to cars has been DRS (Drag Reduction System). Just as it sounds, it reduces drag which aids overtaking. In straight lines, drivers can open a gap in their rear wing which lets the car glide more easily through the air.

Evolution of the F1 Car

Learn more about the greatest moments in F1 and possible F1 city circuits.

I hadn't realized there'd been so many changes in the cars over time.

Very cool cars, it's amazing what they do with F1 cars.

The Monaco Grand Prix has catapulted many Formula One drivers into the limeli... 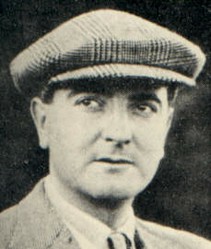 The Monaco Grand Prix has catapulted many Formula One drivers into the limelight: Schumacher and Ayrton Senna alsways spring to mind. but how many people remember the first winner?
100%  13   21 DerdriuMarriner
Automotive Technology