The Evolution Of The Diablo Series

Diablo was the second video game I ever played and I've eagerly followed the series since that time. This page details how my love for the franchise evolved and how the games thems

Diablo was the second video game I ever played and I've eagerly followed the series since that time. This page details how my love for the franchise evolved and how the games themselves have changed in that time.

Starting in 1996 the Diablo series has always been at the forefront of the hack and slash action role playing genre. Exploring the world of Sanctuary players will step into the shoes of a human hero as they attempt to stop demons and the Prime Evils from gaining a foot hold on the human population.

In the backdrop of this battle are the angels who other than the archangel Tyrael are not interested in aiding mankind.

Don't forget to vote in the poll and leave a comment about your own Diablo experience.

Which Diablo Game Was Your Favourite?

The Best Diablo Game In The Franchise?

"Hello my friend, stay a while and listen" 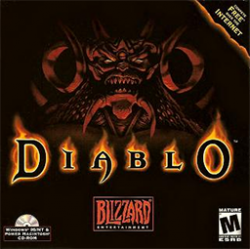 My first taste of the Diablo series and the first game for many gamers as well. Gameplay wise the game was well ahead of it's time and despite some small issues I still happily play it from time to time today.

My only issues with the game are the run speed of the game that does make the gameplay flow somewhat slow in comparison to the future games but that's my only issue.

Diablo set the standard for dark atmosphere from the story of the butcher (shown in the video below) to the halls of the blind and the battle against the risen King Leoric. As you adventure through the labyrinth, caves and eventually hell itself right under the town of Tristram you really do feel like the only hope for this small town.

With a few NPCs to guide you along the way including Wirt the Pegleg boy that always has the rarest items for purchase you'll quickly feel connected to every character due to the small number of them. 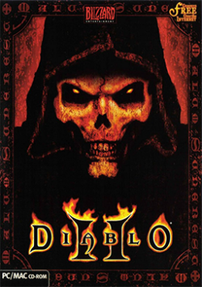 Diablo 2 brought us the secret cow level, a hidden level that was full of cows for the player to kill with their character. This level was introduced after rumours of a similar level in the first game caught the eye of Blizzard, a company that loves their game easter eggs.

Character options were one of the biggest improvements in Diablo 2 with a total of 7 classes (with the expansion pack) available. The most popular for me personally and the community would have to be the Necromancer, a character capable of raising the dead with curses and powerful poison based skills.

The multiplayer environment was also one of the driving elements of Diablo 2's long term success with plenty of players trading and playing games with each other.

Just recently me and my friends played through the entire game together, it still holds up really well today. 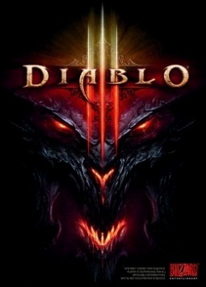 Diablo 3 on release was bad, very bad. I don't think that any fan of the Diablo series thinks otherwise. After over a year in patches it's in a very good state though and with the upcoming expansion pack the game looks like it will improve the game even further.

The game had a lot of unique ideas behind it; an auction house to easily buy and sell, the ability to swap in and out skills on the fly and a colourful world to replace the secret cow level.

Unfortunately it didn't really come together, don't get me wrong I did like the story (apart from one particular main character death) and the locations and skills all feel (and look) great but the core Diablo experience just wasn't there.

Diablo 3 for me was missing the item hunt in part due to the auction house that made it easy to buy what you needed and the dark atmosphere of the game. Thankfully there were a number of Diablo 3 alternatives ready to fill the gap in expectations between the game and fan desires.

Have You Played The Diablo Games?