The Fallout Games - An Overview Of This Post Apocalyptic Series

Fallout is the leader in the post apocalyptic genre, it's a game that has captured millions of gamers. With the recent popularity of Fallout 3 and Fallout New Vegas many new gamers

Fallout is the leader in the post apocalyptic genre, it's a game that has captured millions of gamers. With the recent popularity of Fallout 3 and Fallout New Vegas many new gamers are looking to learn more about the Fallout series and its origins.

4 Reasons To Love The Fallout Series

The Original Game That Started It All 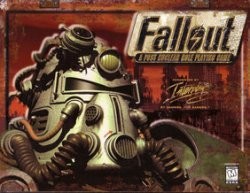 Launching in 1997 the first Fallout game was heavily based on the Wasteland game released in 1988 by the same people. The first game was definitely a commercial success, an important aspect of any long running series is the foundation that is set by the first game.

In this first game you'll be taking control of one of the Vault survivors (groups of people that survived the nuclear war and subsequent fallout by staying in constructed bunkers) as you try to find out the reasons for your current water shortage that threatens the lives of everyone in your Vault.

Many fans of the newer Fallout games don't know that the series started out as a turn based experience. In each turn you'll have a limited number of action points to spend on actions during combat.

The original Fallout was also the game where Dogmeat was introduced (a dog that would follow the player) who was reintroduced to the series in Fallout 3.

The Next Addition To The Franchise 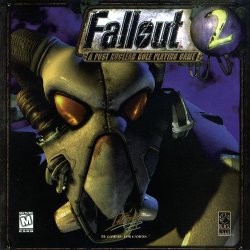 Launching in 1998 was Fallout 2 which changed very little about the overall game and the mechanics. This lack of change is really a testament to the fact that the first game got so much right there was little room for adjustment.

To ensure you've got a new adventure awaiting for you the game takes place nearly a century after the events of the first Fallout, it does reference your original adventure from Fallout 1 though so there is some tie in elements. You'll play as the descendant of the saviour in Fallout 1 with the title of "The Chosen One".

Just like the first game you'll be able to explore a vast post apocalyptic game world and encounter all sorts of NPCs and quests along the way. Combat is still a turn based experience and the SPECIAL system also continued to control the stats of your character (as it would for the entire franchise).

The main themes of Fallout 2 were definitely much darker than the original with stronger emphasis on chemical warfare, crime and slavery in particular. 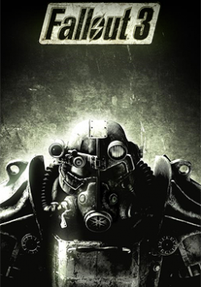 Fans of Fallout had to wait many years for another core game to be released in the Fallout franchise. This wait ended in 2008 with the release of Fallout 3 which threw away the turn based systems and changed the game to a first (or third) person perspective.

The game did manage to retain some of it's combat strategy with the VATS system which allows players to pause real time combat and use their action points (AP) to target specific parts of your opponent (with % changes to hit).

Just like previous games under the Fallout name you'll be playing as a Vault dweller as you go on an epic journey to find your father. Uniquely players will start their adventure as a child with some very unique ways to bring your character customisation into the actual gameplay.

The style of gameplay in Fallout 3 and the game that came after it (New Vegas) is what most gamers think of these days when they hear the word Fallout and Fallout like games. 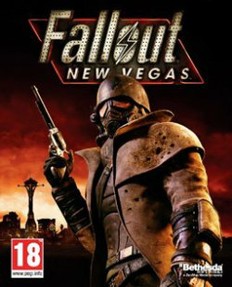 I'll admit that Fallout: New Vegas was my least favourite of the entire Fallout series. It's not a bad game just some elements of the theme and story didn't do it for me.

New Vegas continues the mechanics that were introduced into Fallout 3 with VATS and FPS/TPS style gameplay. This time around though you'll be exploring the areas around New Vegas and as such you'll have the opportunity to also try your luck at gambling on the strip.

The game is set soon after the events of the original (only 4 years) and has you jumping in the role of a courier that is left for dead after an encounter with Benny who you spend the game hunting down for revenge. Of course along the way you'll find plenty of other NPCs and quests to be involved in just like the previous games.

What Has Your Experience Been With The Fallout Series?