Many people throw away parts of a fish that are both nourishing and tasty.

We like to eat fillets. Yes, when I have been fishing for mackerel and pollock I have had to try to debone the fish, often without total success. I would never have made a successful fishmonger, but recently I have discovered that in parts of the world people are far more practical than we finicky types are and eat more of the fish and indeed some shellfish than we do. But western chefs are rapidly catching up with the edibility of the whole fish and are using far more of it than they used to.

The Cheek of It.

A week ago my newly born granddaughter, three weeks old,   was holding an audience, and we duly went round to pay her homage. While we were paying our dues to the "centre of attention" her mother, an Angolan who grew up in Portugal, was cooking dinner. There was a pan filled with four fish heads. I was surprised at this, but I ought not have been, as the Portuguese are as keen on fish as their Spanish neighbours are, and she explained that people from the Iberian Peninsula regard fish heads as a delicacy. She acquires them from a local shop that caters for the small Portuguese community in Salford, Greater Manchester.

Apparently, the really delicious part of the fish head is the cheek, which is soft, moist and rich in muscle, but we in Britain have long thought that there was nothing worth eating in it, though many people used to use the heads boiled as part of fish stew. Cheeks are often separated from the fish and fried in batter or bread crumbs as a delicacy. It is said that the cheeks of hake are especially tasty.

But there are other parts of the head that are eaten as delicacies. In the Basque country the people regard the gelatinous chin of cod as very tasty indeed, calling it kokotxa. We in Britain would never think of eating the chin, which we have long assumed to be part of the inedible head, but we have been missing out. Some chefs like to use the flesh from under the cod's eye, which, though small, can be used in canapes. Occasionally fish tongues are used in this way.

Yet we are also overlooking the eye. At this many of you will shudder at the thought, but there is a tale to back up the practice. In the 1980s a  yacht was wrecked in the Pacific by a killer whale collision, and the family aboard spent 101 days or so adrift in a life raft. When rescued, while they had lost strength in their legs by lack of practice, they had no vitamin C deficiency at all. Researchers attributed this to the fact that when they caught a fish they had eaten it all, including the eyes, which are rich in vitamin C.

The fish we buy is often filleted, but when you catch and eat  your own fish you have to gut and fillet it, but this means that you are left with bones, tail and offal, such as liver. All normally go to waste, but they don't need to. When gutting mackerel that I have caught I always ensured that I retained and ate the liver, which has a soft delicate flavour. Fish liver oil has been making a come back recently, as it is remarkably good for joints, and you can buy cod liver oil capsules in health shops. The capsules beat the old way of administering cod liver oil by far. In 1950s Britain, when we had a socially progressive society, all children got free rations of cod liver oil and school milk. I can recall being lined up in the kitchen to be dosed when mother called out "Cod liver oil!"  The taste was not pleasant, but along with milk it gave strong bones and healthy joints.

One restaurant in London supplies a starter made of monkfish liver cooked with sea purslane, which is a salty tasting marsh plant found in British and European estuaries. I have never foraged sea purslane, as I dislike walking over mudflats, so I will leave it to foragers more determined than I am.

Yet we have also overlooked the bones. True, we eat bone without thinking of it. When you eat sardines from a tin you notice that there are no bones or insignificant bits of them. This is because sardines are boiled at high pressure to dissolve the bones and organs. The reasons for this are that they would be too small and time consuming to fillet. We also eat white bait, small fish that are eaten whole, bones organs and all. Nowadays some chefs boil fish bones to create a stock for fish soups.

Now, the Japanese have a culinary culture very different from the Western equivalent, and there is a Japanese restaurant in London which offers a fried mackerel skeleton as part of its menu. It is soaked in brine [salt water] and then deep fried with seaweed to augment the taste. The Seaweed is kelp. This is the broad leafed kind that you sometimes find washed up on beaches. It is high in iodine and other nutrients. Apparently this dish is very tasty.

Maybe my father was right. This very practical man, besides having the ability to eat the strongest spices without ado, dealt with fish bones by crunching them and swallowing.

We eat eggs. But one of the great delicacies is caviar, the roe, the eggs of a sturgeon. This giant fish is prevalent in the Caspian sea, and the eggs are collected from captive fish and sold on the markets. But sturgeon is not the only fish whose roe is consumed, for herring roe is also a delicacy, at its best in winter. However, some gourmets also consume the milt of the herring, which is the seminal fluid of the male fish, dried and powdered. It is said to be a delicacy. Herring roe used to be nicknamed poor man's caviar.

There is a Sardinian dish known as Botarga, which is milt and roe dried into a powder then pressed into a slab, which is then spread on pasta or toast. The roe of any fish can be used in this dish and it is said to be a delicacy, especially by the Sardinians. Yet there are fish in British waters whose roe is tasty, though there are some reservations about eating some of them. Cod and herring are popular, but pollack and ling have been used in roe dishes.

Ling is something of a problem for fishing and I have never eaten it or its roe. In the nineteenth century it was considered the poor man's cod, for it is a gaddoid, one of the cod family,  and was eaten by impoverished Irish immigrants, so it became unfashionable. Lucky for the ling, as it is a large, slow growing fish, and so beam trawlers are forbidden to catch it. Small ling can be found near shore, but the large varieties, that it is permitted to catch with a line, like deep rocks and wrecks about a thousand feet down and so are impossible to trawl. Expert fishermen know where the rocks and wrecks are, but in the British Isles you are likely to find suitable water on the edge of the continental shelf off Ireland, so as I have never fished that far out there is no chance of my ever having caught  a large ling. The ling has a large liver that used to be eaten with relish and its roe is tasty. But personally, I would not fish for it for ecological reasons.

There are plenty of recipes, far more than can be given in a short article, but I have listed a useful and informative work by my culinary guru, Hugh Fearnley-Whittingstall, of River Cottage fame, which contain a plethora of recipes for , as Hugh would say, fishy foodies.

Yes, pilchards on a toast is an option for lunch for me too. I try for 4 fish meals during the week.
I eat only protein, no fat or carbs for breakfast so fish is useful.

Thank you for the fish-y (;-D) options, Frank and Veronica!

There are always specials on cod and tuna. But it's nice to be reminded of serving rotating dishes, like delicious haddock, salmon, sardines and shrimp (prawns on you all's side of the pond).

The only time I have had fish for breakfast was when I caught a load of mackerel in Killala Bay, in the Irish West. I don't have hard and fast rules, but we eat fish for evening meal twice a week, and I sometimes have sardines on toast at lunch. When I took Maureen for a Valentine's Day meal my starter was salmon and cream cheese pate.

I am saddened that we don't seem able to get herring anywhere near us.

How interesting that this comment is posted today. My family have been discussing fish.
I had smoked haddock for my breakfast this morning. Last week I had kippers and I know my Big Bro likes smoked mackerel pate, which I make especially for him.

For Lent, we would eat our normal fish intake .In the course of a week, I would eat ;-
1 day smoked fish for breakfast
1 day tuna sandwiches for lunch
1 day prawns and smoked salmon ( lax ) for evening dinner
I day cod for dinner

Therefore, in our household we would eat 3 or 4 fish servings a week.

Cod or smoked haddock, for me, but there are other fish possible.

Do you and your family and Veronica and hers have a certain kind of fish that you'd recommend for my Fridays in Lent? Or do you perhaps rotate through a couple? (My feline sentients observe Lent too so any fish would have to be feline-friendly ;-D).

Cheddar is a great cheese for grating and cooking.

Veronica's recipe turned out nicely. I used white sauce. What kind of cheese would I use in the gratings and sauce next time (month-end for heading into this side of the pond's beginning-September Labor Day celebrations)?

grated cheese on top is a good addition

The salmon that we eat is Atlantic rather than Pacific salmon, as that is the type that is easily available here.

To cook crab you must buy it live. This creates a problem most home cooks do... 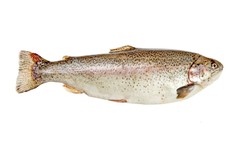 To cook crab you must buy it live. This creates a problem most home cooks don’t often face – before you cook the crab you need to kill it.
100%  9   10 Pinkchic18
Other Food & Cooking 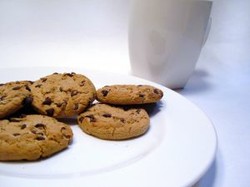 There are many reasons that people send care packages, but what makes a care package even better is packing it with cookies! Here is how you can do it yourself.
Loading ...
Error!