'The Help' is a debut novel written by Kathryn Stockett and recently, the movie has been released as well. So what is it like?

Have you read 'The Help'?

No! Well, you really should have. It is gritty and yet a lovely read. Amusing in places, incredibly sad in others. I loved it. You will too.

Give 'The Help' a try. the movie or the book - Both are worthy.

What must it have been like to be a black person in America in the 1960s?  I cannot even imagine it now.  Being a black woman myself, how could they live that way?  How could they try so hard to remain silent when people treated them like dirt and expected them to be grateful for it?

At some point, the word had to come out as three women reached the end of their tether with all the things they had seen and been subjected to.

The Help is the story of three lives as they dare to break out of their constraints to speak truth.

In the UK? get your copy of The Help

Wow! What an amazing and insightful read!

However, as usually happens when I read books like this, I look at my husband with different eyes.  The poor man!  He is white and we are the perfect mixed race marriage.  However, every time I watch ‘Roots’ or read anything about slavery, I look at him differently! :-)

Anyway, back to the topic at hand, ‘The Help’ is such an entertaining book about the town of Jackson, Mississippi.  It is set in the 1960s telling a story about black domestic workers that looked after the children that grew up to be their masters and mistresses.  They knew the ins and outs of their employers lives but were treated at all times (except in a few exceptions) as fifth rate citizens, bottoms of the pile.  People were free from being slaves on the surface but not really…

It is also the story of one girl who had decided to come out in the open about the happenings in the town in which she had grown up.

It is a story of courage on both sides.  The white girl has to stand against the tide of popular culture in her town.  The black maids have to stand against their fear that the white employers will find out about what they are doing and possibly kill them.

It is a story of cruelty masked as Christian charity and yet also there are tales of kindness and love that run right through the book.  Friendship between the three unlikely leads is the running theme through the book as well as their individual stories.  They each tell their story in their own words.  It is wonderfully engaging.

Reading this book was eye-opening for me and helped me see what my parents would have gone through as they sought to establish themselves in a white dominated society.  Living in the UK, I do not always understand the way it was for Afro-Americans in those days and even at times in the present.  The UK, I feel, is a lot more tolerant or maybe I choose not to see racism.  Nevertheless, it makes me very grateful for the people who went before and paved the way for acceptance of all.

The book itself is not heavy reading at all.  It draws you in and leaves you with a lovely taste in your mouth.  It was what caused me to go see the movie as soon as I could when it was released earlier this year.

The Help Review - The Movie

‘The Help’ Movie was great too.  Sometimes films are so inferior compared to the book but not this one.  It was great and recreated the pictures I had in my mind.  It managed to tell most of the story in the time alloted to it.  It is definitely a 'must-see' movie.

I highly recommend that you read the book and watch the movie.  They are truly amazing.

Here is where you can get 'The Help'?

Have you read the Help? What did you think of it?

I loved The Help -- both the book and the movie. Your review did both justice too :-) I especially liked your sentence, "It is a story of cruelty masked as Christian charity and yet also there are tales of kindness and love that run right through the book." 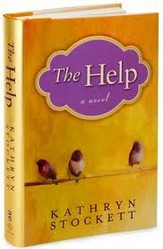 Terry Pratchett's Discworld is one of the most successful fantasy series of all time. Granny Weatherwax is probably its most popular character. But she changes over time.
100%  21   10 happynutritionist
Historical Books

Corrie ten Boom and her family are known for helping Jewish people during WWII. She survived the notorious Ravensbruck Concentration Camp, she is loved by many...here's why.
Loading ...
Error!