The Tudor warship Mary Rose, sank off England's coast in full view of King Henry VIII and the Court, but now this magnificent ship is restored and displayed in a stunning museum.

Portsmouth in southern England is about to open one of the most spectacular and architecturally splendid museums in the country, built to house the restored 17th century Mary Rose warship, 500 years after she sank. The most comprehensive collection of Tudor artefacts in the world will be showcased, from leather shoes to nit combs with 500 year old lice in situ, as well as musical instruments, longbows and even the skeleton of the ship's dog.

She was raised from the seabed in 1982 in an exercise that involved marine archaeologists, amateur divers, professional divers, historians, academics and museum curators.  Now she is being reunited with her contents and her crew.  The raising of the Mary Rose was a milestone in maritime archaeology and a moment of national pride for the British, and to date it is the largest underwater excavation and recovery ever undertaken anywhere in the world.

People who visit the Mary Rose will be amazed, incredulous and impressed when they see the result of 30 years hard work restoring both ship and contents.  It will, I am sure, become the premier museum in the country, attracting visitors and academics from around the globe to see what is the only 16th century warship on display in the world and the many thousands of the 19,000 artefacts raised from the wreck.

The museum will form the centrepiece to Portsmouth Historic Dockyard, home to the Royal Navy and itself one of the UK's major visitor destinations, housing as it does The Warrior, and being located only metres from Nelson's flagship, HMS Victory, and the ships of the modern Royal Navy.

The Mary Rose was actually built in Portsmouth dockyard where she now rests, so in a way she has returned home.  Many of her 500 crew would have lived locally and visitors wanting to follow up the story might like to visit the grave of the Mary Rose Sailor at Portsmouth Cathedral.

Keep on eye on Wizzley for more details about the Museum after it's opening on May 31st.

Meantime, booking is going to be necessary to see this fantastic exhibitiion and tickets are on sale now costing from £17 for the Museum and £26 for the entire Historic Dockyard including the Museum.

On sale now at www.historicdockyard.co.uk

I remember going to see the Mary Rose many years ago and it would be good to go back. This certainly sounds fascinating and worth a visit

I really enjoyed my visits to Portsmouth, wish this would've been open then, now I'll have to go back I guess :) Thanks for the info!

A bit of background about me, Paula Atwell, and what my passions are. 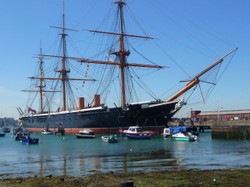 Summer art festivals and fairs can be overwhelming with so much to see and do, but proper preparation can help you get the most fun out of them.
100%  16   13 lakeerieartists
Artist Studios 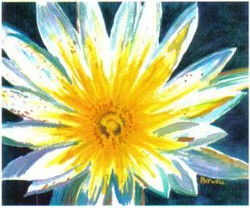 A bit of background about me, Paula Atwell, and what my passions are.
Loading ...
Error!