Not all artwork is equal. I am not one much for elitism or for snubbing my way around the "High Art" exclusionary circuit. However it is quite clear that some artworks raise consciousness and other artwork is at least a reflection of some aspect of society. Only very select works have the potential to make people think, see afresh and question mores that had hitherto 'just been accepted' by society.
The processes of disremembering can be quite evil. The kinds of repressive psychological processes that Foley and Harrington address can cause a high degree of cognitive dissonance. Let's look at the way that Fiona Foley sought to blaze a trail through dissonance to facilitate real dialogue.

The Methodology of Fiona Foley

Foley uses her art to "explore the tensions between sex, race and history and their various constructions". (Wikipedia)  By referring to her own unique life history as an "indigenous woman growing up in regional Queensland, in a community with a living memory of their colonisation by the English", Foley sets the scene for a robust dialogue that has the potential to bring about healthy debate throughout Australia.

Nothing could be more important to Australia now than an honest hard, long look at the way Australia was colonized.  As we discuss and debate about the recent increase in attempts by 'boat people' to come to Australia, and the way the media has beefed up this 'supposed' invasion, we as a people must look closely at how we justify our stand against them.  Both sides of the debate about these people's right to set foot on our shores has fueled the aggression with hysteria, and with an attempt at systematic disremembering.  Distortion is further twisted by the choice of the 'lens' through which we are prepared to look at the problem.  Australia cannot simply "get rid" of the 'problem' these people represent by shipping them off somewhere else or turning them back.

What I want to discuss in this article is the concept of Cognitive Dissonance. It is with this intention in mind that I discuss the ingenuity of Foley's work.  I am not discussing the content of the work, I am looking specifically at the methodology. What Foley has done is invent a way of speaking to the Australian population that is balanced, just and fair.

To keep the discussion simple and contained I have chosen to look at the way she set up the installation project called "Black Opium".

To provide a backdrop for this discussion I would like you to take a look at the article written by Jo Harrington, called Visiting Auschwitz 20 Years after Writing my Dissertation.  This is an extremely interesting post because she draws our attention to how hard it is for us to look at this information. One of the aspects of the pilgrimage she describes is the way she felt rushed and unable to cope with the influx of information.  She was on a guided tour that operated to schedule.

I contrast this to the way that Black Opium has been constructed.  Black Opium is a beautiful installation.  One of the surprising things about it is that unless you are told about it, or have read the literature, you do not automatically look up to see it. You could, interestingly enough, walk straight past the installation!  I had done this many times without consciously seeking to find out what it was. I had also noticed the booths that are set out near the installation, but I didn't actually go in and sit down.

Based on that aspect of the installation alone, you could not get away with calling Fiona Foley pushy. Her work is tasteful, balanced well thought out and definitely not 'in your face'. What the artist has done, is to very cleverly place the installation above the head of the audience so that they need to actively work to see it.  This means that the audience must fully participate with the installation if they are to decode the intention of the silver sculpted infinity sign.

A Glimpse at the Processes of Cognitive Dissonance

Facing the Past in Order to Recover

Visiting Auschwitz: Twenty Years After Writing my Dissertation About It
Visiting Auschwitz-Birkenau State Museum is not everybody's idea of a great holiday destination. But everyone should go there at least once in their lives.

The yolk of imprisonment that caused the blight on Australian history called "The Stolen Generation."

A mechanism of supression

You may ask, "How can a multimedia installation convey the horror and sorrow connected with a time in Australia's past when Aboriginal people were often paid for their labors in opium?"

The answer is that Foley knew how hard it would be for White Australians to look at this information. She not only created a clever and beautiful ceiling installation but placed it next to meditation booths, so that instead of rushing through an exhibition reeling in shock, viewers are able to focus in a composed manner.   At the same time they can glean an understanding of the impact conspiring to induce sensitive people into addicition could bring.  The booths have different themes, which help this process. While trying to understand the information people can sit in booths to look at photographs and artifacts, where they can also read and meditate.

It is interesting that Foley was able to design a beautiful instrument to enable the raising of consciousness that has been able to lift the veil of disremembering.   We can now openly discuss a process that was intentionally used to rob Indigenous people of their health and very often their lives.

The Black Opium Installation is an intriguing formation of 777 silver opium poppies arranged in the shape of a sideways figure eight. In her usual clever manner, Foley has used a universal symbol to signify the suffering of Indigenous people; the symbol of infinity.
Because the State Library of Queensland is the home of the John Oxley Library, exhibition goers have immediate access to authentic historical documents about this period of Queensland's history.  Readers can sift through information and old documents for themselves, confirming the unpleasant realities about Queensland's recent past. This is a syntegrative installation woven from video, photographic material, text and other educational material.

It is exquisitely put together in a way that does not confront, harm, shame or blame people who can take from the work as much as they are capable of on any given day.
By working this way it is more likely that viewers will return time and again as they learn to 'see' the past and present realities more honestly.

Great Breakthroughs in the Art World Don't Happen Every Day

Great Art "Breaks Through Into Consciousness".

Cognitive Dissonance Will Always Be With Us

Cognitive dissonance is a term used to describe the way people fight back when they experience feelings of psychological discomfort.  Quite a deal of pain can accompany facing 'truths' that conflict with an already held belief.  Sometimes these beliefs are very precious.  They revolve around an idea that rings out "We are great- and - They are not!"  This is the precious idea behind racism, and the people who hold this kind of belief don't feel they have to defend their stance.

Because the REALLY believe it.

Never under estimate the power of cognitive dissonance.  By dealing with the possible effects of her installation, Foley has been able to make real break throughs in the way people view relations between Indigenous and White Australia. Let's hope that this deepened understanding seeps into other areas of Australian politics, so that rather than look back with shame and regret, we curb our exclusionary and repressive behaviours before others are hurt by them.

Thanks Jo for the encouragement!
Jo M

I'm looking forward to the article. Just because I don't intuitively understand these things, it doesn't mean that I'm not fascinated by them!

There are two things happening with this installation. When tourists or pilgrims go to Auschwitz they know exactly what they are going to see. In Australia much truth has been suppressed and some Australians still actually deny 'how' the Indigenous people were 'contained'
so
There are those who go and feel like this is confirming their reality.
Others go and they could be shocked. The cleverness is that this work is not confronting and it is right there where the documents are housed in the John Oxley Library. So the truth of the proposition is undeniable.
I have learned much from Fiona Foley!
I will write a whole new article about the relationship between the artist and his/her audience.
It is a great topic. Thanks for the comment, Jo

I didn't have a name for what I felt out there until now. Thank you. (And thanks as well for linking to my article.)

I'm not an artist, and my learning about it generally comes second hand, from those who can appreciate art and take the time to teach me how to appreciate it too. I think I'm the visual art version of tone deaf. I'd never work these things out on my own.

My much more savvy friend once told me that often (always) the viewer is part of the art. Is that what is going on here?

The act of knowing (reading, word of mouth, being very observant) means that the viewer feels like they're in on some great secret, as they view the installation? Therefore they approach it as someone smug, or someone worthy to know, or someone belonging to the club, and that effects how they react to the art?

Yes, I am leaping to conclusions based on things that I only half-understand in theory!

Gangsters and Gunslingers: The Good, the Bad & the Memorabilia... 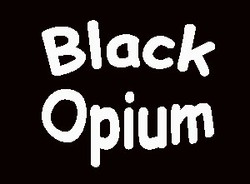 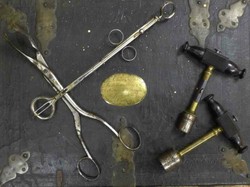 Gangsters and Gunslingers: The Good, the Bad & the Memorabilia at the American Museum in Britain