The story about Sea Gull Watch Group, from cheap knock offs to innovation and a tradition as China's oldest watchmaker

The Sea-Gull is the most well known watch of all China. It is China’s largest and oldest watchmakers with over 58 years of watchmaking and technology experience. The Brand focuses on innovation, research and development, which is why they are the world’s number one Chinese brand.

The Sea-Gull brand is renowned for it’s expertise in the manufacturing of tourbillons and chronograph movements and is the world’s largest manufacturer of mechanical watch movements, producing 20 percent of total global production by volume.

The brand is recognised for their world-class mechanical watches and unparalleled technological achievements. Their commitment to quality assurance and proficiency in reliable testing has required them to win the ISO 9001.2000 certificate.

Incredibly enough the Group has been honoured as a top 500 businesses and first-class enterprise in China.

The Sea Gull Group also own over 2000 pieces of world-advanced machining equipment and testing instruments, which includes 30% of their machines overseas.

By the end of 2007 Sea Gull owned an impressive, 156 technology patents and some of which included high-end, mid-range, and low-end multifunctional automatic mechanical watches and almost 100 kinds of different products, such as tourbillon, quarter repeater and minute repeater.

Sea-Gull is the most admired and respected watch in all of China, which is why it’s bestowed the honour of such titles as China Top Brand, China well-known Trademark, and China time-honoured Brand.

Sea-Gull represents the Chines culture, as entirely everything is master-crafted in China, right up to the ends of it watch straps. Making it 100% authentic Chinese.

Most owners of a Sea-Gull watch swear by the quality and more times than not, have their expectations exceeded due to it’s perfect finishing, it’s precise time and it’s impeccable alignment and indexing of the hands.

Seagull watches are intended for anyone who appreciates a simple, clean design and also fashionable and traditional. They are simply perfect for people who love simplicity at it’s best.

Looking to buy a watch under 50 dollars. Take a look at these amazing collec... 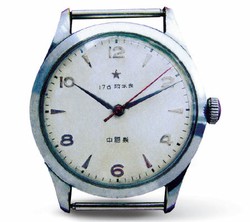 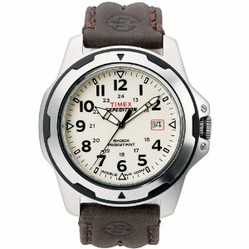 Looking to buy a watch under 50 dollars. Take a look at these amazing collection of best mens watches under 50...
Loading ...
Error!