The Witch Legend of Swineshead

Did you know that Swineshead has its very own witch legend? Deep in the bowels of Britain's dark ages this Lincolnshire village was plagued by the work of a terrifying witch.

It's All Soul's Eve and there is something in the air, a frisson of tension that tells those who are attuned to these things that something is about to occur. And for these sensitives, as they could be described, every little rustle of the autumn leaf, every creaking of floorboards in the harsh easterly wind, every ghostly step along a forlorn garden path, is a sign that the witching hour will soon be upon us. And then comes the ringing doorbell that strikes fear and trepidation into even the hardest of hearts. The terrified householder takes one apprehensive step after another towards a date with destiny, as the skin prickles all over with fear and finally a trembling hand reaches for the door knob and?..

Scenarios such as this unfold all over the UK on October 31, but as children go out and about tricking and treating in Swineshead, near Boston during Halloween, I wonder how many of them realise that their village had its very own witch?

A Legend of England's Dark Ages

Back in England’s dark ages a cat and a broom stick were all an old lady needed to be accused of being a witch, but a lucky escape for one Lincolnshire woman ended in a horrific end for her three cats.

Crazy Kate was said to call up the devil himself at an old historic site near Swineshead, the Manwar Rings (see photo below), thought to be a place where witches would gather to commune with the evil one. Locals were of the belief that the reclusive old woman was a witch, and blaming her for anything that went wrong in the village, burned her house to the ground. 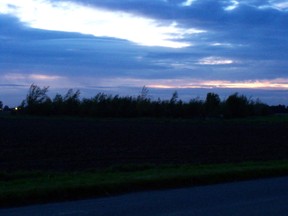 Manwar Rings is a dark and cold place as Halloween approaches

They staked out the house for three solid days, hiding in her garden to try and catch the old lady practising the black art. It was only after a fourth night with little success that someone decided to peer into her window, and when it was discovered she was not there, rumours began to circulate that she had used her dark powers to make herself invisible.

But she made her reappearance soon after, catching the villagers in her home and chasing them out. The discovery of her cats and a broom were all the intruders needed to prove she was a witch.

After a meeting was held to discuss their plan of action, the villagers decided to send her a notice giving her 14 days to leave Swineshead. But when it was delivered she simply cursed the village, and she was blamed when one disaster after another followed.

After a particularly vociferous campaign against her by the village preacher, prompted by the death of a baby, his congregation took it upon themselves to hunt her down. When they discovered she wasn't at her cottage the rumour spread that the devil had sent her a message to run. They finally found her at the Manwar Rings, standing on the top of the central mound that once supported a wooden castle.

But as the angry mob caught her, legend has it that the hooves of a powerful horse were heard echoing around the night sky before the black cloaked rider pulled her onto his horse and rode off with her. The house was burnt down that same night and her unfortunate cats were said to have screamed like 'devils' in the terrible fire.

I am indebted to Polly Howat's book Ghosts & Legends of Lincolnshire and the Fen Country (ISBN 1-85306-192-1) for the story of Crazy Kate. 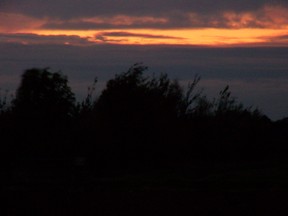 The Manwar Rings is situated just off the A52 east of Swineshead and is accessible by a footpath from Baysthorpe. It originated as a Danish encampment during the reign of Canute (994 - 1035) who was king of England, Norway and Denmark. He invaded England in 1013 with his father, Sweyn 1 of Denmark, and after succeeding him became king of England in 1016 on the defeat of Edmund Ironside.

Now overgrown with trees, Manwar Rings, above, is an earth mound near Swineshead.

The site is thought to have once been the home of Turkil the Dane, and provided a resting place for the marauding Hubba the Dane, who gave his name to the nearby Hubbert's Bridge. The circular encampment has a diameter of roughly 60 yards and is a protected site.

There is also thought to have been a motte and bailey castle, a medieval design for a timber castle constructed on a mound with a wooden fence, built on the central knoll about 2m off the ground. There are two moats surrounding it, long since dried out, with evidence that there was a bridge over the inner moat on the eastern side with a gatehouse, and a track over the outer moat on the north west side.

The castle is thought to have been built by the de Gresley family in the 12th century, who were lords of the manor in Swineshead and who also built the nearby Swineshead Abbey, now also in ruins. 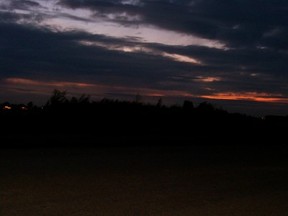 The abbey, of course, has strong connections with King John (brother of Richard the Lionheart), who stayed there during the 1215 – 1217 Barons’ War just a week before his death at Newark Castle.

The barons were rebelling over John’s mansion tax but he was so disliked for his lavish lifestyle and tyrannical behaviour that he was nicknamed John Lackland by the general populace. He was described as ‘the very worst of all our kings’ by Bishop William Stubbs in ‘The Constitutional History of England’, who also described him as: “A faithless son, a treacherous brother, an ungrateful master; to his people a hated tyrant. Polluted with every crime that could disgrace a man, false to every obligation that should bind a king…”.

John tried to appease the barons by accepting Magna Carta in 1215, but when it became apparent he wasn’t really following the principles laid out in the charter, the rebellion took hold. With London and western England under control of the rebels and Prince Louis of France supporting them on the promise of the English throne, John had travelled from Framlingham in Suffolk, to Kings Lynn in Norfolk and then Wisbech in Lincolnshire in October 1216, taking land from known rebels along the way.

He arrived at Swineshead Abbey on October 12 where a lingering sickness began to take hold, although feasting on peaches and cider while at the abbey probably didn’t help!

In fact, according to a recent BBC 4 documentary, ‘The Last Journey of the Magna Carta King’, local legend says that John was poisoned by the Cistercian monks at the abbey, who didn’t like him any more than anyone else. This was revealed by Dave Hewitt, landlord of the Wheatsheaf in Swineshead. He told the documentary makers that the monks are thought to have poisoned him with a toad, probably by putting the bodily fluids in his drinks. At the time the area was largely marshland so there would have been plenty of frogs and toads around – in fact the sea went so close to Swineshead market place that there was a harbour and a bridge which was demolished around the start of the 19th Century.

The poisoning claim is backed up by Shakespeare in his play about King John, and the documentary makers also found an ancient manuscript held in archives that said the same. This is confirmed by more recent writings, such as ‘The History, Gazetteer and Directory of Lincolnshire’, written by William White in 1842. White claims that a mansion house that once stood on the grounds of the abbey and was partly built from its ruins had on one of its walls a print engraved in the late 15th Century. It depicted a monk mixing the poison, administering it to the king and then receiving absolution for the deed.

The possibility of King John’s treasure being in the area was also discussed, although this is unlikely. The generally accepted story is that his entourage, which consisted of hundreds of people ‘from bakers to prostitutes’ (according to BBC 4), crossed salt marshes near Sutton Bridge, Norfolk, before the tide had gone out fully. Nowadays much of the land has been reclaimed from the sea, unlike then when the mile long procession included four wheeled carts that experienced problems getting through the mud. The baggage train got into trouble and much of it went down in the mud and was lost. This included the king’s treasures which not only included gold, silver and the crown jewels, but precious cloth, the king’s tapestries and relics of the saints. John had gone ahead to Wisbech when this happened, and didn’t hear about the loss of his treasures until he reached Swineshead.

There have been finds of valuable coins near the ruins of Swineshead Abbey. But with one example carrying the inscription – ‘John Bando, merchant, Swineshead’, it seems unlikely that any of them would relate to King John. Workmen sinking a well near abbey ruins in 1825 also found some skeletons, including one that was six feet four inches.

Following his time at Swineshead, King John went to Sleaford then Newark Castle, where he died sometime during the night of October 18 or the early hours of October 19.

This means that Swineshead will have a big anniversary to mark next year, and if this year’s Magna Carta celebrations at Lincoln and in other places are anything to go by, it should be something to look forward to.

Text and photos by Robert Owen

Only logged-in users are allowed to comment. Login
Show all comments (2) 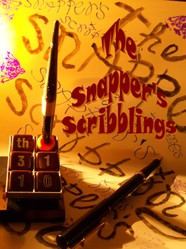 An American man banged his head and claimed to have woken up in an alternative reality, where the Beatles never split. He came back with an album to prove it.
100%  17   13 WiseFool
Legends 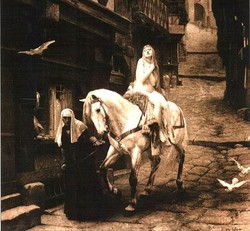 Who was Lady Godiva and did she really ride through Coventry naked?
Loading ...
Error!