The World's Easiest Twice-Cooked Potatoes. Cooking and cooling a potato can reduce its glycemic index. Here's the fastest and easiest way to twice cook potatoes for better health.

Did you know you can make potatoes healthier? Cooking and then cooling them can lower their glycemic index. That means they'll be digested more slowly. That keeps you fuller and doesn't spike your blood sugar. Twice-cooking potatoes is not twice the work. The World's Easiest Method takes about two minutes of hands-on prep time.

Step One: Cook the potatoes in the microwave

The Fasta Pasta is the easiest way to cook potatoes, but you can also use a microwaveable bowl.

In the fridge. This is a very easy step. I don't even bother covering them.

Step Three will be to prepare the potatoes. Here are two of the quickest, easiest and least messy methods.

I hope you enjoy your super-easy, super-fast potatoes. If you want more of the World's Easiest Recipes, check out my blog because I am...

A Word About Potatoes and the Glycemic Index

The Glycemic Index (GI) is an indication of how rapidly a food is converted into blood sugar. Potatoes have a fairly high GI, but you can lower them by cooking them and then cooling them.

According to one study, GI is reduced between 0% and 50% when potatoes are boiled, cooled and then reheated. Another study compared various methods of cooking sweet potatoes and concluded that boiling was the most healthful method with regard to the glycemic index.

Eating boiled potatoes cold and seasoned with vinegar is likely the most healthful way of consuming potatoes according to this study.

What a cool and simple idea for potatoes. I love potatoes, they are delicious and as you pointed out very nutritious. :) K My kids are going to love this.

Thanks for reading and commenting, Tolovaj. Your comment interests me. I think I'll do some research into the Vitamin C question and write an article on it.

This is pretty interesting method for sure. Can we do that without microwave?
And another one: I checked both studies and it seems they are aimed only to GI, but there is nothing about vitamin C. It is known potatoes are good source of vitamin C if they are done right. Boiling water is no good for vitamin C...

A big yet light breakfast that hydrates and energizes. Nutritious and very de... 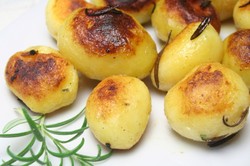 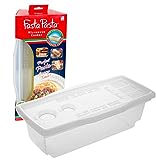 There are lots of ways to enjoy this popular superfood. Here I'll share a few of my favorite kale recipes.
100%  22   16 Mira
Easy Recipes 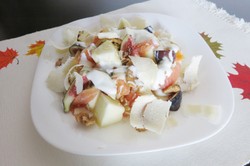 A big yet light breakfast that hydrates and energizes. Nutritious and very delicious. Here’s the recipe and some of the health benefits of the various ingredients.
Loading ...
Error!