Although tiny in size, slugs pose an enormous threat to gardeners.

All three of these slugs share Old World nativity. All three have invaded the New World.

All three of these slugs annoy gardeners worldwide.

Slugs are soft, slimy creatures that patronize gardens with a proclivity for voracious consumption which belies their tiny size.

As gastropods, slugs -- along with cowries (genus Cypraea) and snails -- achieve mobility through a ventral, or abdominal, muscular foot and see and sense through separate stalks protruding from their heads. The uppermost, longer pair of stalks end in eyes and are known as ocular tentacles. Sensory function is contained in the lower, smaller pair, which are called peduncular tentacles.

The characteristic flap of skin located behind a slug's head is called the mantle. The pneumostome (Greek: πνεῦμα, pneuma, "wind, spirit" + στόμα, stoma, "mouth, opening") is a large respiratory hole in the mantle that opens and closes as a breathing apparatus in slugs.

Depending upon the species, slugs have a length varying from one-fourth of an inch to over 7 inches (0.6 - 17.7 centimeters). Also varying with species, slugs range in color from dark black-brown to orange.

Slugs are found throughout the world's temperate and tropical regions.

Slugs need to maintain moisture in their environment. Coolness and darkness facilitate moistness.

Life cycle: moisture at every stage

As hermaphrodites, slugs contain both female and male sex organs. Thus, slugs are able to self-fertilize their own eggs or to produce eggs through mating.

Except for some mucus gland pores, all body openings are located near or in the head. In proximity thereforeare the breathing pore (pneumostome), the genital opening, the anus, and the opening of the kidney. Eggs are expelled through the genital opening.

Most eggs are laid between spring and early summer. Females lay an average of 20 to 30 eggs per batch, with number of batches variable across individuals. A grey field slug (Limax maximus) prolifically deposits up to 500 eggs in one year.

Although laid on or near the surface of the soil, eggs preferentially are concealed by such covers as boards, leaves, mulch, or rocks.

Moistness, which is necessary for slugs, is also imperative for their eggs. Filled with watery material, slug eggs, which are round and gelatinous, have diameters of one-eighth to one-fourth of an inch (0.3 to 0.6 centimeters). While often mirroring the colors of their surroundings on their colorless surface, eggs sometimes become beclouded as hatching nears.

Hatchlings are immediately mobile, but remain concealed during the day. Slugs are nocturnal and become active only between dusk and dawn.

The lifespan, which generally ranges from one to six years, varies according to species and according to habitat. Life cycles may be annual, confined to one year, or biennial, stretching over two years, or even plurennial, lasting beyond two years.

Also, an outdoor slug faces more hazards from predators than a greenhouse slug.

As slugs move, they secrete slime, which protects its sensitive ventral, or belly, area from harm by coating its path. These silvery, iridescent trails also guide slugs back and forth between favored food sources in their nightly forays. Additionally, many potential predators are disinclined to struggle with slippery prey that also have a slimy taste.

During dry, hot spells, slugs slather themselves with mucus and then aestivate (Latin: aestivus, "summer-like") by immobilizing themselves through burial in mulch or soil or through attachment to or under rocks and stones.

Synecology: slugs as predator and as prey

Predators that attack slugs -- and sometimes consume them by dusting their sliminess with a coating of dirt -- include:

Although feeding often is focused just beneath the soil surface or at ground level, some slugs are motivated to expand their feeding range by climbing.

Contrarily, invasive slugs usually constitute the bane of the agricultural, floricultural, and horticultural environments. Their dietary habits are destructive to flowering and leafy garden plants and to agricultural crops such as artichokes, carrots, celery, corn, cucumbers, leeks, onions, potatoes, tobacco, and tomatoes.

Invasive species: three of the most annoying garden-dwelling slugs

Commonly known as dusky slug, this northern and western European native of the Arionidae family haunts forest edges and residential areas but is not enamored of agricultural fields.

Intermediate in size at 1 to 3 inches (2.54 to 7.62 centimeters) in length, dusky slugs vary in color from brown or grey to bright orange.

Commonly known as grey garden slug or field slug or milky slug, this Old World slug of the Agriolimacidae family is native to the western Palearctic (Greek: πάλαι, palai, “long ago” + ἄρκτος, arktos, “Ursa Major") region, which encompasses the northern part of the Old World and comprises North Africa, Europe, and Asia. Thoroughly adaptable to any moist environment, grey garden slugs are now located in most parts of the world.

Their creamy or grey bodies are usually marked with dark reticulations, that is, a pattern resembling the interlacing lines of nets.

Unintimidated by heights, grey garden slugs indulge in climbing during their forays.

quando a Roma (when in Rome):

Commonly known as leopard slug or great grey slug or giant garden slug, this Old World native of the Limacidae family has colonized the New World as well as Australia and New Zealand.

Dark bands on the tail often fragment into spots on their pale brown bodies. Dark bands never form on the mantle, which instead displays marbling or spotting. Their antennae, or tentacles, are red brown.

John William Taylor (1845-1931), Leeds printer, amateur limacologist (Latin: limax, "slug"), and co-founder in 1876 of the Conchological Society of Great Britain and Ireland and the Journal of Conchology, the oldest continuing publication worldwide on molluscs, noted:

"The varieties of Limax maximus are grouped in three series: according to the ground colour of the body; the character of the dark markings; and to accommodate examples in which these two factors exist together in unusually striking combinations."

Nevertheless, he cautioned that his list was by no means exhaustive because an "infinite number of sub-varieties" arises from the association of "various ground tints . . . with any of the different markings . . ." (Monograph, pp. 40-41)

variations in coloration of Limax maximus: fourteen out of an infinity of possibilities

Conclusion: Slugs in and out of garden

With their keen sense of smell and their determined trekking, slugs track the locations of their desired diet of plants. Gardens serve as open-air markets for slugs. Surely they appreciate finding all their favorite plants in one convenient eatery.

Adams, Lionel Ernest. The Collector's Manual of British Land and Freshwater Shells. Containing Figures and Descriptions of Every Species, An Account of Their Habits and Localities, Hints on Preserving and Arranging, Etc.; the Names and Descriptions of All the Varieties and Synoptical Tables Showing the Differences of Species Hard to Identify. Illustrated by Gerald W. Adams and the Author. London: George Bell and Sons, 1884.

Indispensable guide for both beginners and experts.

Prettifying gardens with perennials that are repellent to slugs is an easy, n...

Ten perennials that are enjoyed as ornamentals by gardeners also are favored ... 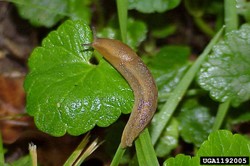 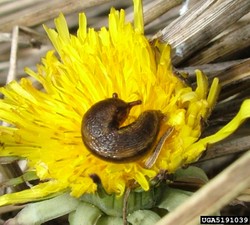 Prettifying gardens with perennials that are repellent to slugs is an easy, natural option for enjoying slug-free gardening.
66%  2   8 DerdriuMarriner
Garden Pests 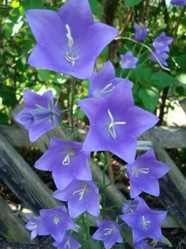 Ten perennials that are enjoyed as ornamentals by gardeners also are favored by slugs.
Loading ...
Error!