Tiny Houses: Redefining the Role of Housing in the American Dream

A growing number of Americans are opting for a smaller slice of the American Dream by building and living in tiny houses.

Part of the American Dream

A recent survey conducted by U.S. real estate website Trulia.com revealed that 70 percent of respondents considered home ownership an important aspect of attaining the American dream.  Yet the fallout from the bursting of the housing bubble ─ a sluggish economy, high unemployment, and tightened lending practices have placed traditional home ownership beyond the grasp of many Americans.  Undaunted, a growing number of people are joining the fledgling tiny house movement as a means of fulfilling their own personal American Dream.

According to the U.S. Census Bureau, the average square footage of American single-family homes grew from 1,660 square feet in 1973 to 2,519 square feet in 2008.  "Bigger is better" seemed to be the continuing theme in American housing until the effects of the "Great Recession" began to take hold of the American economy.

By 2011, the combination of a sluggish economy, high unemployment, a wave of foreclosures, and higher down payment requirements had made home ownership an unattainable dream for many.  By 2010, according to CNN Money, home ownership rates fell to the lowest level since 1965 with only 59.2% of Americans owning a home.

While economics wasn't the only force behind what some term the "tiny house movement," cost was certainly one factor in the burgeoning interest in constructing and occupying homes as small as 65 square feet.  The Tumbleweed Tiny House Company founded Jay Shafer, a recognized authority in tiny house living, offers for sale more than 20 different construction plans for dwellings that range in size from 65 to 884 square feet.  Shafer himself has lives an 89 square-foot home that he designed and built.

Exactly How Small is Tiny?

Micro home purists, those attracted to small house living primarily out of a concern for reducing their carbon footprint might argue that the cottages designed by Tumbleweed do not fit the definition of a tiny house.  Yet even the largest cottage design, offering a rather reasonable 884 square feet of living space, is just over a third the size of the average for traditional homes in the U.S.

While there are some people who might easily adapt to living in a space under 100 square feet, others aren't ready to embrace downsizing to that extreme.  In addition, contemplating the construction of very small structures comes with a unique set of problems.  Many zoning laws prohibit the construction of homes that don't meet established criteria for minimum square footage in areas where such requirements exist.

Tumbleweed advocates building the tiniest homes on trailers to get around zoning laws but that too can produce another set of issues.  Without the ability to build on a permanent location on a fixed foundation, getting connected to public utilities can be problematic.  Owners must seek a location where sympathetic friends or family members living in conventional homes will allow them to connect to existing utilities.  Otherwise, options are limited to choosing an "off the grid" setup with reliance on things like solar power, bottled gas, and composting toilets to replace conventional utilities.

There are benefits and drawbacks to micro home living and it isn't suitable for everyone.  Still the advantages far outweigh the limitations for a growing number of people who have decided to join the home downsizing movement.

While tiny house living has its pros and cons, a growing number of Americans find the idea of living in one an attractive option.  It is one option for achieving home ownership and a way to preserve that part of at least a scaled down version of the American dream.

Lack of equity-building feature? That's a critical disadvantage. But if I had to choose between that and keeping a roof over my family's heads, I buy the tiny house.

Using insulated windows or even just caulking the windows and doors around yo... 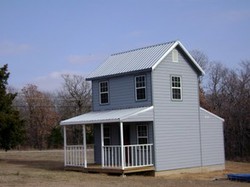 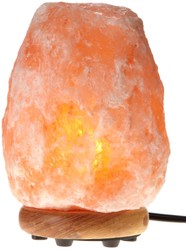 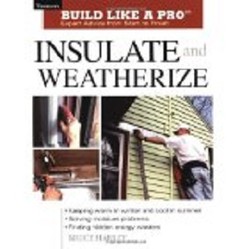 Using insulated windows or even just caulking the windows and doors around your home can have a positive impact on the ecology, and save you money. Be environmentally responsible.
Loading ...
Error!