ToonTown Neighbourhoods: The Areas Of ToonTown

There are many different neighbourhoods in ToonTown each with their own unique theme, streets, playground, ponds and HQ buildings.

There are many different neighbourhoods in ToonTown each with their own unique theme, streets, playground, ponds and HQ buildings.

Each of the neighbourhoods are heavily influenced by Disney characters such as Donald, Daisy, Goofy and Minnie.

Do You have a favourite neighbourhood to hang out with your friends? Let us know in the comment section.

ToonTown Central (also known as TTC) is where all Toons start their journey. Mickey is the NPC Toon of ToonTown Central with the neighbourhood featuring Cogs between levels 1 and 4.

ToonTown Central is home to the fewest Cog buildings and also features the longest street in ToonTown featuring 39 shops.

Donald's Dock (DD) is the seaside neighbourhood of ToonTown and is located just east of ToonTown Central. As the name suggests Donald is the NPC of this neighbourhood which features Cogs between level 2 and 7.

Players can find starfish scattered across Donald's Dock which heal players for 10 laff points. The streets of Donald's Dock are Seaweed Street, Barnacle Boulevard and Lighthouse Lane. Donald Duck is also featured in Donald's Dreamland, making him the only NPC to be featured twice.

Daisy Gardens (DG) is a neighbourhood full of flowers that is located southwest of ToonTown Central. The Disney character in charge of this neighbourhood as the name suggests is Daisy Duck. The streets of Daisy Gardens are Maple Street, Oak Street and Elm Street which feature cogs between levels 2 and 6.

Daisy Gardens is home to the shortest street (Oak Street) with only 17 shops. Daisy Gardens is also the first neighbourhood where the player is required to enter a Cog building to complete a Toontask.

The treasure of this neighbourhood are music notes which heal 10 laff points. The streets are known as Tenor Terrace, Baritone Boulevard and Alto Avenue which feature Cogs between levels 2 and 7.

Minnie's Melodyland originally featured a merry-go-round but it was removed when fishing was introduced.

The Brrrgh is located in the north-eastern corner of ToonTown and is home to Pluto, this neighbourhood is often abbreviated to TB or BR. This is one of the first neighbourhoods were Toontasks get harder, featuring Cogs between level 5 and 10.

The theme of The Brrrgh is most obviously winter, featuring Sleet Street, Walrus Way and Polar Place. The Brrrgh is the only place where you can capture Frozen Fish and is the only neighbourhood to feature weather.

The theme of Donald's Dreamland focuses on Donald the Duck and sleeping, the neighbourhood features a dark sky and many children bedroom toys. It is also the only neighbourhood to be permanently be in night. 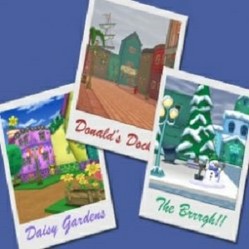 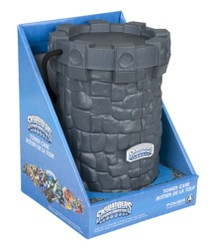 A wonderful selection of Skylanders display cases and shelves to keep your character figures neat, organized and easy to find.
14%  0   2 WordWelder
Other Games for Kids 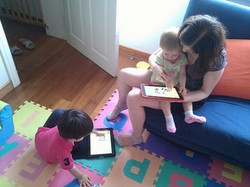