2013 promises to be smashing year that is when it comes to some of the most stunning works of fiction brought to life on the big screen.

If you are thinking about heading to the cinema to take in some of the action but stumped as to where you should start, I have compiled a countdown list of the 10 most gripping movies to make it to the big screen. From the tearjerker to the adrenaline pushers, I guarantee that these flicks will have you holding on to the edge of your seat. This list is based on not only the most popular but the best cast of actors, directing and overall story concept. There are many movies out there in my opinion that should go straight to DVD instead of crowding up the screens and forcing you to pay your hard earned cash only to be disappointed in the end.

Begin the adventure of your cinematic lifetime with this awe inspiring and riveting features below:

Released on December 2, 2012, this dark, funny and twisted western managed to rake in millions and earn a place at the top spot. What else can you expect from the movie’s writer and director Quentin Tarantino other than some impressive fight scenes, guns blazing, gut exploding, and adrenaline pumping action with a touch of dark humor and riveting drama to sweeten the deal? Jaime Foxx was brilliant as Django. His acting chops were put to the test and he passed with flying colors which earned him nominations for his performance. This is the way westerns were meant to be made.

We got another taste of actor Christoph Waltz who after his roles in ‘Inglorious Bastards’ and ‘Water for Elephants’ would have given him the honor of the person you just loved to hate. Tarantino gave him a shot of redemption with the role of former Dentist, Dr. King Shultz who turns bounty hunter and buys the freedom of a slave (Django) and trains him to become his deputy bounty hunter. He becomes incensed by the cruelty afflicted on Django’s wife, Broomhilda, played by the extremely talented, Kerry Washington and takes on the mission of aiding his deputy in rescuing her.

Kerry delivers a moving performance that would bring you to tears as you watched her suffering. The show also gave us a little bit of Samuel Jackson who played one of the most controversial types of Negro back in the time the movie was set. His character Stephen is one who loves his master and will do anything including selling out his own to please him. Leonardo Di Caprio also gave a good performance as the Colonel Sanders styled Calvin Candie who could not have gotten a better ending for all his evil deeds. Leonardo was at the centre of the best part of the movie when he insisted that he shake hands with Dr. Shultz to seal the deal. Django is indeed a must see movie for 2013 and should be enjoyed to the fullest on the big screen.

#2 Oz The Great and Powerful

Set to release on 08 February, Oz is a must see film. If you loved the 2010 computer animated and live action film Alice in Wonderland, then all you need to do is tap those heels together and pray for march to come quickly. The film centers around the life of an aspiring  circus magician named Oscar Diggs (James Franco) accidentally stumbles upon the Land of Oz. Similar to Alice’s destiny to kill the dragon in the wonderland adventure, Oscar is pulled into the world faced with a lot of problems which causes him to become the great wizard that the inhabitants were expecting.  Oz will be an adventure for a wider audience to enjoy.

Also starring in this promising adventure is the charming Michelle Williams whose acting chops go as far back as Dawson’s Creek. She is Glinda one of the three witches that Oscar encounters. Mila Kunis as Theodora and Rachel Wesz as Evanora along with their sister Glinda are set to give you some refreshing beauty to gawk at while the plod unfurls. This film is poised to be one of the biggest hits of 2013. From director Sam Raimi who has been feeding our appetites for the magical adventures since the days of Xena Warrior Princes (1995) and Hercules: The Legendary Journeys (1995), Oz will be one of those films that encourage a slack jaw response. Sam Raimi was also credited for Spider-Man 3 (2007) which excelled at the box office.  With 13 award nominations and 10 wins to his credit we can expect that his latest work would be worth the wait.

Soothing our fancies for the magical adventure type movie is Hansel and Gretel Witch Hunters, released on 25 January 2013. This is no ordinary fairy tale and honestly I could not have seen this spin on such a classic tale coming. This story was absolutely out of the box and hit the home run as far as watching Hansel and Gretel finally evolve into more than two lost children who almost get eaten by a witch. The tables have been turned in this adventure and now the two are these bad ass hunters with a taste for witch blood.

Although critics have ripped this show for being of a less than impressive quality, it is still worth the view and hence making onto the list. True movie goers will appreciate the director Tommy Wirkola’s attempt to bring something fresh and unexpected to the screen. Wirkola is known for very many films but I give him a thumb up for the effort. Perhaps if Stephen Spielberg or Quentin Tarantino worked alongside him, the critics would have been silenced.

Jeremy Lee Renner who plays a handsome and strong Hansel is fast becoming one of the most attractive action actors in Hollywood. Since his debut in shows like, The Avengers (2012), The Bourne Legacy (2012) and MI Ghost Protocol (2011), he is a joy to watch. It was refreshing to see Hansel portrayed as a gun wielding hunk rather than a chubby little boy weak to the lure of candy. If you are a fan of Renner than you will watch this movie, not only to see him in action again but to support his rocketing career.

Minus the kinks and the parts that made you go- huh? You will appreciate the presence of Gretel played by Gemma Arterton. If the name doesn’t ring a bell then perhaps her movie credits will. You would remember Gemma from being one of the many fatal loves from Quantum of Solace (2008) or the reason we sat through Prince of Persia (2010) and the all time favorite mythical adventure Clash of the Titans (2010). Gemma is an award nominated and winning actress. Hansel and Gretel may not quite be up to par with the directing but it is still one of the must see movies for 2013.

Although it is still waiting to be released on 14 February, this latest installment of the Die Hard franchise is one to watch. Bruce Willis gives his usual best in this film. It seems as though he is most comfortable when pointing a gun in the face of his enemy. This time around, John Mc Lane (Bruce Willis) is in Russia with his CIA agent son Jack (Jai Courtney).  John goes to Moscow with the intent to help his presumed wayward son, only to find out that he is in fact a trained CIA operative on a mission to stop a nuclear weapons heist. John is like the loose cannon type, old fashioned, take-no-prisoners cop which is a huge contrast to his son Jack who is more like a precision missile when it comes to taking out the bad guys. The two have to work together to prevent the onset of war while being pursued by the relentless Russian underworld.

In this film we can see though that it doesn’t matter what language you speak, a bullet to the head gets your point across clearly. I look forward to seeing Jai Courtney again since the only other movies I could remember him from are Spartacus: Blood and Sand (2010) and Jack Reacher (2012).  I don’t think action lovers will be disappointed with this film as I have yet to see Bruce Willis falter in his delivery. Director John Moore has quite a few credits to his name but no record breakers but that’s not too bad since action movies like this rarely pluck in the billions. These films though are just made for us to sit back and watch the different ways you can shoot, punch or kick someone.

If you are still reeling from Johnny Depp’s performance in the gangster thriller, Public Enemies (2009) or Denzel Washington’s in American Gangster (2007), then you are in for the ride of your life in director Ruben Fleischer’s, Gangster Squad. Starring Sean Penn, Ryan Gosling and Emma Stone, the movie takes you back to the corrupt city of Los Angeles in the year 1949 where a ruthless mob king, Mickey Cohen has the city under siege. Two ambitious sergeants work together with a secret crew officers to try and stamp out the king of the mob.

The movie opening weekend was 11 January 2013 and it delivered on action-packed emotional thrill ride intent. Though the plot is a bit predictable the direction was spectacular and you got to see vigilante justice in all its guts and glory. Bring on the popcorn and the rest of the gang and take in this film on the big screen. Ryan Gosling as top sergeant Jerry Wooters, was good to watch. I still can’t get over his voice though which I thought was overkill. Emma Stone who plays Grace Faraday, a woman hell bent on becoming a star,  has been shining ever since I saw her in Easy A (2010) and The Help (2011).  Sean Penn is wicked-good at playing Mickey Cohen.  It’s got the crime, suspense, action and the drama you want in a Gangster film.

You're most welcome Katie, :)

I love movies, thanks for the guide on the best movies this year. While I love to enjoy a good movie my time is limited. I appreciate this time saving guide. :)K

@Mira
Thanks for visiting. Ah,, I'm so in shock that you too recommended me that movie - all of my friends managed to watch it but not me. Your words have encouraged me to watch Les Misérables, which is thankfully available for pre-ordering now. Will have to order it soon.

Nice reviews! One of my favorite movies of 2013 is Les Misérables, which I just saw. Has some really great performances from the whole cast, which is impressive and also includes some surprises here and there. 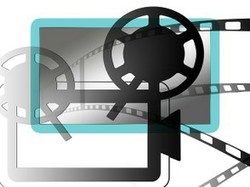 Do you love your coffee mug? How about Star Wars? If you do, why not grab your cup and come along as I discover some of the best Star Wars coffee mugs that you can buy online.
81%  7   9 lakeerieartists
Blockbuster Movies