There is plenty of Science Fiction out there to choose from both on television and in movies. And there is a great amount available online. Here is a good place to start.

As a lifelong lover of science fiction it is incredibly hard for me to narrow down a list to the top 5 science fiction shows.  Feel free do disagree with this list, we are sure a lot of people will, all we will say is that if you haven't seen these and consider yourself a sci fi lover, then shame on you, and if you are new to science fiction then this isn't a bad place to start.  However, here goes.

I watched the Twilight Zone faithfully as a little kid. Some of the programs followed me into dreamland when I turned off the lights.
It would be fun to see them again.

Firefly and Doctor Who would be tied for #1 on my list. Though, if they had actually completed the series as planned, Firefly would be undisputed at #1!

Well, I have learned a lot about science fiction that I did not know - it has not been my favorite genre. There is a lot of detail here about the different sci fi TV shows and the best series. Thanks for sharing the benefit of many hours of watching these shows.

Get the latest news and information about the Hemlock Grove cast and characte... 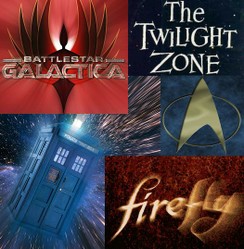 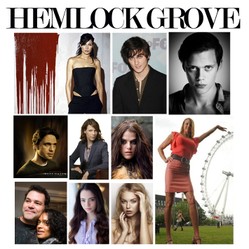 Get the latest news and information about the Hemlock Grove cast and characters, a mix of experienced and fresh actors tasked with bringing the spooky monster mystery novel to life
Loading ...
Error!