Turn Based Strategy Games Like Civilization - Try These 4X Games

Do you enjoy 4X strategy games like Civilization? This page features some of the very best in the genre with plenty of strategy depth and unique settings to enjoy.

Do you enjoy 4X strategy games like Civilization? This page features some of the very best in the genre with plenty of strategy depth and unique settings to enjoy.

I've followed the Civilization series since the very beginning of the franchise and have gotten countless hours out of the series. It's definitely at the top of the genre with very few games matching the experience of the various Civilization games. If you've searched for games like Civilization previously you know how few games there are out there that have a similar design.

If that describes your situation then I hope you find this list of game recommendations here helpful in your journey to find other 4X games. Don't forget to vote for your favourite Civ game below and leave a comment sharing your favourite game here or one I have forgotten to recommend.

Which Civilization Game Was The Best?

Vote For Your Favourite Civ Game:

Warlock Master of the Arcane

Of all the games I've tried Warlock Master of the Arcane has been the game that I've enjoyed the most. It combines the likes of the Civilization games with a slight increased combat focus and a fantasy setting to deliver something great.

The game is most similar to Civilization 5 so if thats your favourite game of the series you'll feel right at home with this game. It does change up a few features of Civ 5 so it isn't just some clone with a different skin and shouldn't be written off as such. The main differences that you'll notice are the lack of approval values impacting on your resource gathering (great for people like me who don't like dealing with all the micromanagement) and simplified diplomacy (which is also great for someone like me who does little in the way of diplomacy).

You'll also find more dynamic research trees and a new religion system also included to improve on the Civilization 5 experience even further. Since the release the game has even seen some DLC to take it to the next level. You can easily grab all of these in Steam for a good price point as well if you want them all from the start. 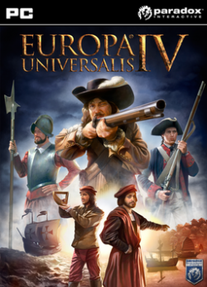 The Europa Universalis games have been running since 2000 and feature grand strategy gameplay set in historical time periods. With a level of strategy and depth that rivals the Civilization series it's one that I've enjoyed immensely and definitely recommend to Civilization fans.

Most of my review here will focus on the latest game to join the series (Europa Universalis IV) as it's one of my favourites and I'm the most familiar with it having played it only recently. In Europa Universalis IV you'll oversee the colonization of the New World in Europe's history. The game spans nearly 400 years in length so there is plenty of history and variation to enjoy as you advance through several key moments in history.

As a grand strategy series most of the elements have stayed the same with minor changes in mechanics over time based on feedback. In comparison to the other games Europa Universalis IV is a much more simpler game trying to open up the game to a wider audience. If you want something with more of a learning curve though you can try the earlier games instead.

Regardless of the game you can expect a skirmish focused experience or a multiplayer one. The games focus more on the economic and diplomatic equation rather than war focused so it isn't for everyone.

A Game Similar To Civilization II 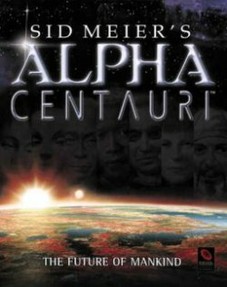 Sid Meier's Alpha Centauri can be considered a spin off of the popular Civilization series with most similarities to Civilization II. If you've ever thought that the Civilization game would be good in a space based setting then this is the obvious choice. Despite being released in 1999 the game still holds up quite well to other games in the genre and I definitely recommend it for Civ fans.

The plot is one of the best elements that you'll enjoy as well with a more plot based experience than most 4X strategy games. The setting for this plot is the 22nd century as seven ideological different factions fight for control of the planet.

Gameplay is standard of turn based games as players construct various buildings, conquer territory, research various technologies and everything else in between. The most notable difference is the ability to terraform areas of the map which adds an extra layer of depth to the usual strategy that you'd expect to see.

Have You Played Any Of These Games Like Civilization? 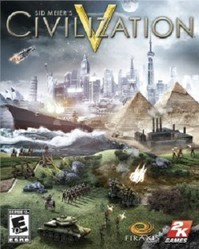