TV Show The Office: It's Funny Because it's True

The Office captured the minds and hearts of America, a show easy to relate to with great stories that touches heart and soul. Find out more about this show.

If you've never had a boss like Michael, then I'd like to shake your hand because you're one in a million. For the rest of us mere mortals, we find Steve Carell's portrayal of the character Michael hilarious and cathartic; a boss who causes more problems than he solves, is generally clueless and thinks he's competent. Then there is HR man, Toby, who knows everything about the rules but nothing about people or reality, and while he's the administration's top-notch drone, he is also the man you'd most like to avoid. Then there is Dwight, the petty tyrant with no real power, though he is able somewhat to level his abuse on his co-workers while he brown-noses the boss. And then there's the comparatively normal Jim, who survives his bizarre work environment by pulling pranks on the oppressive office troll Dwight, while still able to maintain a decent relationship with equally fun-loving secretary Pam. The rest of the characters have their own quite hilarious personalities that fit perfectly into this very realistic portrayal of the typical workplace. Really just makes you wonder why we tolerate our jobs at all, because there is mostly nothing redeeming about them or the people we work with. The best you can do is be like Jim, and make it entertaining and combat the abuse and oppression with whatever is handy.

The fact is, even Dwight, with all appearances of the best and most obedient of workers, doesn't like the cards he's been dealt any more than the rest of them. This is revealed when he lambastes, ruthlessly, Michael at a roast in honor of the boss, an event put together by Michael; another one of his misguided efforts to make things "better" there at Dunder-Mifflin paper company. The episode is the second part of Stress Relief; Michael decides the stress he's caused is due to people not being able to be honest with him, so he's arranged a roast in his own honor so that people can "open up". Hilarity ensues.

Possibly most hilarious is the episode called The Duel, in which Dwight fights office light-weight Andy, for the affection of Angela, the uptight and cruel office worker who secretly carries on liaisons with Dwight though she's engaged to Andy. The whole episode exposes the weak bravado of Dwight for what it actually is, but also lays bear the ineffectual and hypocritical prudishness of Angela.

It runs the gamut and they cover the bases in The Office.

Whether you can relate to the show like I do, or you just like good comedy and excellent acting, The Office is the show for you. Rainn Wilson just nails it as the misguided office know-it-all tyrant and Steve Carell excels at playing the bumbling incompetent that is pretty sure he knows what he's doing. The rest of the cast is incredible, truly a well-chosen ensemble that made this show an all-time classic.

The Office is true to life not just because of the foibles and dread it exposes, but because even that life, that work life, is your life. Whether it is Pam and Jim having their wedding in the company of their friends from the office, or Dwight realizing he loves Angela because his supposed nemesis Jim makes him see it or the fact that Michael seems to truly love the people that surround him daily at the company he manages, this is their life. And they find a way; find a way, yes, to love each other and, somehow, make this life important and worth living.

It's a great show, my current favorite. I also like the UK version, which I watch on Netflix periodically.

I saw an episode of the American The Office and recognized it as the offshoot of the British show, which I highly enjoyed. I imagine I'd enjoy this version of it as well :) 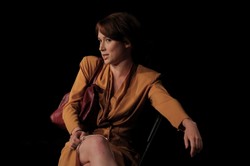 When the script called for a large extended family, Brendan O'Carroll cast a real world one - his own! Yet the relationships aren't quite what they are in 'Mrs Brown's Boys'.
68%  8   6 JoHarrington
Sitcoms & Comedies

It's one of Ireland's best comedies, smashing all records in Britain too. Now Mrs Brown's Boys is en route to America, and the cussing will not be beeped.
Loading ...
Error!