This is the two-hundredth anniversary of the first performance of Silent Night, as originally written.

This is the two-hundredth anniversary of Silent Night, or at least its parent carol, Stille Nacht, Heilige Nacht. The carol was first performed on Christmas Eve, 1818. It had been penned in 1816, two years earlier.

The original words were written by a priest, Father Joseph Mohr. He wrote the song in German, the language of Austria. According to what I read previously, he was inspired to write the lyrics while returning to his rectory one night after administering to the sick.

The music was added by Franz Xavier Gruber. While the words have changed with language translations, the music remains the same, and is easily identified regardless of the language of the lyrics.

The first performance was by the church choir at Saint Nicholas Church in Oberndorf, Austria.

The words of Stille Nacht, Heilige Nacht were a beautiful carol, but lost much of rhyme and meter when translated into English.  An Episcopalian priest, John Freeman Young, in New York found the song worthy of being translated into English, and in 1859 completed his version.  While the words have undergone some changes, the beauty of the music, and the meaningful words he used, preserved the core of the original song.  The translation does not diminish the original version of Stille Nacht, Heilige Nacht, but offers a version understandable to those of us not proficient in German.

Silent Night, or Stille Nacht, Heilige Nacht, has been translated into many languages.  I suppose few, if any, would be an exact translation, for the poetic flow of the lyrics would surly lose something in any translation.  But, there is no denying the sound of the musical score.

My first real job was to teach in a high school.  The school was a minor seminary for the Redemptrist order.  In December the time for the Christmas party came, which was held on the school grounds in the rectory.  The priest all had German surnames, to which I did not pay attention to until that night.  After refreshments were consumed for a time one priest declared with glee, “It is time to sing German Christmas carols.”  Sheet music was passed around.  Then we sang, one carol after the other, in German.

I have no idea of how other translations have gone.

It is important that sign language be included, even though the music score cannot be done as such.

I love the German words but I also taught my class to sign "Silent Night " in British Sign language. they did it at the Christmas concert one year and brought the house down ! Standing ovation. It was so moving to see little children do that in candle light.

Do either of you appreciate the words more, as written by Father Mohr?

The reason that you and I learnt the German words is that our head teacher [principal] was a prisoner of war in Germany and one Christmas he was greatly moved as he sat and moped for home, for from outside the prison camp he heard a choir of German children singing it.

I lie in too dmp of a climate to find collecting stamps wise. I would expect them to stick together.

Yes and similarly with stamps.

I wonder if there is a Christmas stamp archive anywhere .

I felt compelled to write a light article for the season. Some articles found on wizzley cause deep thought, some have a significant message, but, while the message is profound, this is a light approach to the season.

I did not realize it is the 200th anniversary until the austrian Mint, Muenze Oesterreich, issued a coin commemorating the anniversary,. It is amazing how much one can learn from watching mint releases from around the world.

What a beautiful topic for an article. If anyone were to ask someone to name a carol Silent Night would be one of the first to trip off the tongue.
I learned it in German at Primary School and I have never forgotten the German words 57 years on.

I think as a carol it epitomises what Christmas should be about … calm and bright … The Nativity.... and not the hideous, garish, over commercialised gluttony feast we have now.

Thank you for a timely reminder. 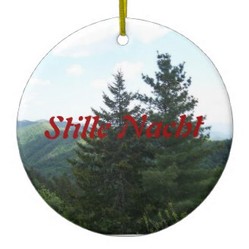 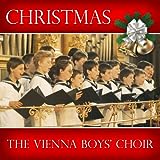