Severe thunderstorms and tornadoes can cause heavy damage, so understanding what they are is important. Once informed a person will be able to comprehend warnings and watches.

The Structure of a Severe Thunderstorm

Often a severe thunderstorm has a strong uplifting of air at the right rear of the storm.  This can be strong enough to prevent precipitation from falling through the rising air.  The updraft causes a void to appear on radar, with rain partially wrapping around it, giving a comma shaped echo.  The area from which there is no echo is the area of the updraft.  This is what is commonly called a hook echo, and will trigger a tornado warning.  The reason is that if the updraft fails the air around where the updraft was will spiral into the partial vacuum caused by the updraft, and this is one way of a storm producing a tornado.

The updraft itself will often be strong enough to lift the top of the thunderstorm into the stratosphere, and the cloud will be taller than other thunderstorms.  This allows larger hailstones to form in the cold top of the storm, and fall out when the hail is able to migrate from the support of the updraft, or becomes large enough to fall through the updraft, often at the front of the storm.  The fact the hail is held aloft so long allows larger hailstones to grow before gravity finally wins out.

The updraft spirals up on an angle, and can give a noticeable tilt forward of the cloud itself.

The updraft moves a lot of air up fast, and some air must drop as a result.  Frequently, a strong downdraft of cold air falls, and when it hits the ground turns horizontal as a strong line wind.  This results in a bow look to the front of a radar echo, and a bow echo will often result in a severe thunderstorm alert.  This line wind can be damaging.

Today we have Doppler radar, which can determine the movement of the particles within the cloud.  When air is moving in opposite directions in close proximity the shear is also an indicator of a possible future tornado, and radar shear markers can bring about concern.   Doppler radar uses frequency shifts due to the speed of the particles from which the radar reflects, just like traffic radar can determine the speed of a vehicle.

Tornadoes can be rated from EF0 through EF5, with those with the higher numbers being the most severe, and most capable of producing damage.

Tornadoes can be unpredictable, bounce over things, and even abruptly change direction.  They generally do not last long, and long tracks of destruction are rare.  However, they can come quickly, and the damage can be extreme.

Severe thunderstorms are capable of producing strong tornadoes, such as EF3 tornadoes or even stronger.

Waterspouts are normally not as severe as tornadoes because lifting the water can take much of the system’s energy, slowing the winds.  However, waterspouts that extend to a cloud are the same as tornadoes, except they form over water and are weaker because of this.

The EF scale is defined at http://www.spc.noaa.gov/faq/tornado/ef-scale.html.

When a hurricane makes landfall, the forward right quadrant, the most severe quadrant, can generate tornadoes many miles out from the eye of the storm.  These tornadoes are often smaller, and usually are of intensity EF0 through EF2. Very few hurricane generated tornadoes reach the higher categories of EF3 through EF5.

Thanks for our kind words.

Your knowledge of Physics is a great asset to Wizzley. You have taught me information that I knew not.

When man alters the atmosphere the results can be far reaching and well beyon... 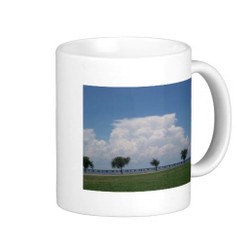 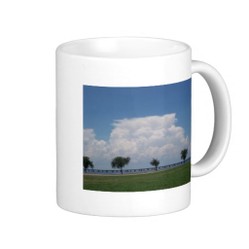 When man alters the atmosphere the results can be far reaching and well beyond any scope imagined. Can a person inadvertently cause a tornado? Are hurricanes ever beneficial?
86%  13   7 blackspanielgallery
Hurricanes

Hurricanes are heat engines, and the fuel is water. This is a simplified explanation of hurricanes that should be understandable by all.
Loading ...
Error!