Are you thinking about earning a degree through the University of Phoenix? Continue reading for an overview of the school and its degree programs.

The University Of Phoenix - Is It A Good Choice For The Adult Learner?

Is the University of Phoenix a good school?  It's a question many people ask themselves everyday as they ponder the alternatives to completing a college degree as an adult.  For these people who have been out of school for a few years and have started careers, created families, and have many other life and community commitments, the prospect of giving all of this up and returning to school on a full time basis to fulfill their dreams of completing a college degree is definitely easier said than done.  But these days it's more important than ever to have a college degree in order to work your way up the career ladder.  But what do these people do?  Many people are turning to the University of Phoenix to either earn a degree part time at one of their many locations across the nation or to earn a degree online.  But is a degree from this school worth anything?  Do employers respect it?  Let's take a look and see...

University Of Phoenix History And Structure

All University of Phoenix reviews should start with a brief history of the school and its structure.  The University of Phoenix (UoP) was established in 1976 in Phoenix, Arizona (hence the name) and rapidly expanded from there.  Today the school has many “campus” locations in the United States as well as The Netherlands, Canada, the District of Columbia, Puerto Rico, Mexico, and Chile.  Without a doubt, there are many University of Phoenix locations to choose from.  In addition, the school has an enormous online presence as well, offering many of its degree programs online.  The school now has well over 300,000 students and a staff of more than 12,000.

The University of Phoenix is structured a little differently from most schools around the world.  Typically, most institutions of higher learning around the world are structured as legal entities that are referred to as “non-profit.”  This means that the tuition money the schools take in are reinvested back into the school.  The University of Phoenix, however, is different.  It is structured as a “for-profit” university.  What does this mean?  It simply means the school was created and continues to operate primarily as a means to generate a profit for its owners.  There's nothing inherently wrong with such an arrangement but it's an important thing to be aware of.  The UoP is owned by a parent company, the Apollo Group, Inc., and is traded on the NASDAQ under the stock symbol APOL.

When it comes to degree offerings, there's seemingly no shortage of degree programs to choose from.  University of Phoenix degrees are available in just about any subject you could possibly think of.  Programs of study are available at the associate's, bachelor's, and master's degree levels.  The school even offers doctorates in such fields as business (business administration, management, or leadership concentrations), education (educational leadership, curriculum and instruction, and education administration concentrations), psychology (industry/organizational psychology), and nursing (health administration and nursing concentrations).

Is The University Of Phoenix Accredited?

How Do Employers View University Of Phoenix Degrees?

Perhaps the main thing that most people are concerned with is how potential employers view degrees from UoP.  There's no easy answer to this question.  It's truly a mixed bag.  There are many employers who are fine with UoP degrees and are only concerned with the fact that the school holds regional accreditation.  One of the largest employers in the nation, the Federal Government, is one such employer that is mainly just looking for candidates with degrees from regionally accredited schools.

Some employers, on the other hand, have a bias against degrees earned from schools that are structured as “for profit” entities.  It's not always possible to tell which employers will have such a bias but it's important to know up front that there are some that do.

Yet another thing you'll want to consider prior to making an enrollment decision is the school's tuition.  In other words, how much is it going to cost?  Since most schools frequently change their rates, it won't do any good to quote tuition rates here.  Most likely any rates quoted here will be obsolete in just a few short months anyway.  However, it is safe to say that the UoP tuition is (usually) more expensive than most state colleges and universities.

Should You Pursue A University Of Phoenix Degree?

Whether or not you should enroll in a degree program with the University of Phoenix is ultimately a decision only you can make.  The school is definitely accredited by the premiere accrediting agency in the United States, so there's no problem there.  And many tens of thousands of UoP graduates are now employed by countless companies all around the world.  If you are someone who leads a truly busy lifestyle, UoP may indeed be a viable solution to your higher education needs.

Everyone holds their own opinion, and I do appreciate when someone takes the time to write a review-good or bad. I wish I had seen this page before enrolling in their online program. This was my experience.

I obtained my AS online, so I knew the commitment and sacrifices that would need to be made in order to get my BS. I chose UOP because I was told all my prior credits would transfer and I could graduate in 2 years.

I am withdrawing after this first class is finished. I have been a student for 5 weeks and still I have no official count on my credits since someone “overlooked” the mailing requesting these items. Financial aid is still not in place and due to this I am responsible for the $1700 for the entire class. Every class has a “team project” that is due. There were 4 members in my team and it wasn’t until two days before the assignment was due that one of my team mates said she was “too pregnant to help”..I’m not kidding! These projects are 20% of the final grade. Fortunately, the remaining members, and myself, were able to pull this together in time. However, her portion was not done well since we had to research and try to combine while we all lived in different time zones.
Do your research when looking at universities; it’s all about the numbers.

This article provides some foundational knowledge for individuals interested ...

Practical tips for success in your online psychology degree. 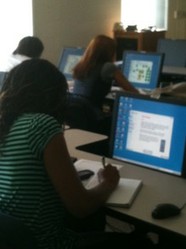 This article provides some foundational knowledge for individuals interested in teaching as an Adjunct Faculty in a Higher Educational Institution.
19%  2   2 SusanM
Online Colleges 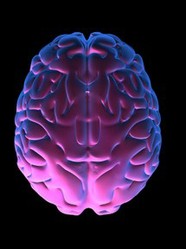