Are you looking for the perfect Spiderman game? Continue reading for a run-down on the best games available today.

There are few comic book characters in the history of comics that are more popular than your Friendly Neighborhood Spiderman.  Because of ol' Spidy's popularity, many video games have been created that let you play the Web Slinger as he fights the bad guys.  And don't make the mistake of thinking these games can only be enjoyed by children.  Most of them are designed to appeal to all age groups, from young kids to the kid at heart.  These games are truly something that can be enjoyed by the entire family.  Spiderman games have been developed for nearly every video game system you can think of.  Here are just a few that are currently available...

Spider-Man: The Edge Of Time

This exciting Spider-Man game was just released in October of 2011, so the game play is new and fresh!  This game puts a new twist on the Web Slinger's saga and has him traveling in time nearly 100 years in the future to save Peter Parker.  The interesting thing about this game is the fact that the things you do in either the future or the past can have an affect on things that happen in the other time period.

Spider-Man 3 is a game that was designed to reflect the story line of its movie namesake, Spider-Man 3.  In many ways the game is very similar to its predecessor, Spider-Man 2.  The game is narrated by Bruce Campbell, a personal friend of the Sam Raimi, the movie's director.  Bruce Campbell has also had several cameo appearances in the Spider-Man movies.  The game physics of the third installment are improved over the second installment.  For example, it's now possible to go inside buildings after dark and in the daytime the sun reflects off of windows in a realistic way.

Spider-Man 3 allows you to roam (or swing from a web) freely through the city.  And there's a lot of area to explore too.  You are sure to get many hours of enjoyment from this game as you play the Web Slinger in his black suit... just like in the movie.

Spider-Man: Shattered Dimensions was first introduced in September of 2010 but the game play is still just as exciting and fresh as the day it was released.  As the name suggests, you can play the Web Slinger in four different dimensions or universes.  You can choose from a classic Spider-Man universe where everything looks like what you would expect from the comics or the movies.  The Noir university is another one that you can play through.  All of the scenery from this dimension has a 1930s appearance.  The third dimension is a futuristic universe and the final dimension is known as the Ultimate Universe where the hero wears a black suit and operates in a contemporary world.

Spider-Man:  Shattered Dimensions is much more than a rehash of the same character in four different settings.  In each university our hero has a different set of abilities and skills.  And there are a variety of exciting settings to explore....it's not all set in New York City.  A few examples of the places you can explore include jungles, train yards, military bases, and others.

In this exciting Spider-Man game you get to choose a side kick that follows you around in the game and even fights the bad guys with you.  Each different side kick has a unique set of skills and abilities.  The game even has a rather interesting attribute that lets a friend join in on the game play and actually take over the game play of your side kick.

Although Spider-Man: Friend Or Foe was designed for younger players, older players can still enjoy the dynamic game play.  The game play is simple... but sometimes the simple things in life are the ones that are the most fun.

Marbles have been around a long time. Although people don't play with marble...

Marbles have been around a long time. Although people don't play with marbles like they used to, they're still sold today and older marbles are collectible.
75%  3   9 Mladen
Other Games 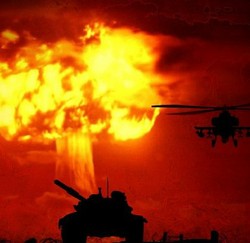 Afterwind is browser multiplayer game played on real world map. It combines the best of Risk and Civilization. Did I say it is Free?
Loading ...
Error!