Music is pleasant, or noise, depending on the individual who hears it, but just because it is unusual does not imply unpleasantness. Variety os important in music.

Unusual music can be interesting and pleasant. Being unusual does not make it undesirable. And, like art, it has value in the ear of the beholder. What some consider artful others consider clatter or noise.

The simple fact is that what one enjoys another will not. And I am aware that my favorite music has a small following, but is it because others have not been exposed to it? When music is not in the mainstream it can easily be ignored. In fact, many of you have heard music in this niche genre and not even noticed it.

The introduction image is one of our Zazzle products.

What Is My Favorite Music?

I particularly enjoy the sound of one particular musical instrument.  I often ask my students to guess what that instrument is, and they guess repeatedly with no success.  I challenge you to take a few guesses before reading on.  I expect one guess to be inadequate.

After the challenge has gone on for a few minutes I give a few hints.  It has no strings, is not brass, and has no reed.  And no, it is not the triangle, nor any sort of drum.

The music is from an instrument that was once the subject of numerous popular concerts, but we were supposed to ignore it when its Russian inventor was thought to perhaps be a spy.

Did you guess the Theremin, previously having had several other names, invented by Leon Theremin?  It is played by induction, with the waving the hands causing the sound.  It is unusual since everyone induces the sound differently, so it must be tuned to the player’s body.  Yet it can be played without touching the instrument at all.

It is heard in the introduction music for Star Trek.  If you have ever viewed Star Trek, a television episode or a movie, you have heard a Theremin.  It can also be made to produce unsettling sounds.  The rising and falling shrill tones are frequently incorporated into horror films.

So all Theremin music is not pleasant and easily listened to.  But, when it is played as a pleasant harmonious sequence of tones it is beautiful.  One main reason is most musical instruments play a note at a time, and moving from one note to another makes a small jump in frequency.  Yes, a note usually has a band of frequencies, but they center on a given value.  The sounds transition from one note to another seamlessly in a Theremin.  You might think this is also true in a trombone, and to an extent it is, but the trombone has the musician occasionally taking a breadth.   The hands can move continuously near a Theremin, making the sound have no breaks or jumps at all.

This article contains links to affiliate programs from some or all of Zazzle, Amazon, Viglink, and Ebay through Viglink, and Adsense advertising.  These must use cookies to allow for proper crediting.

It is different, and easily overlooked.

I saw a guy playing a theremin in the Old Town here a few days ago. I was wondering what that was. I knew about theremin, but hadn't actually seen anyone play the instrument. Then the penny dropped when you described how it's played.

When you buy a Didgeridoo you will want to know more than just the price. Fin...

Mix your own sets and get your mixtapes out there. DJ house parties, outdoor ... 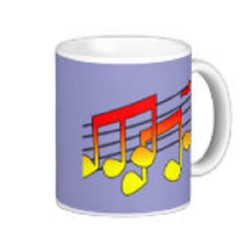 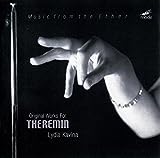 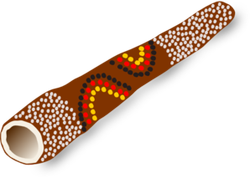 When you buy a Didgeridoo you will want to know more than just the price. Find out why playing a Didgeridoo is so good for your health!
23%  1   3 Neophyte
Other Instruments 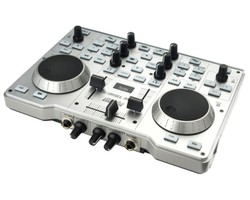 Mix your own sets and get your mixtapes out there. DJ house parties, outdoor doofs, clubs, weddings or Pajama Jammy Jams. A mobile compact DJ unit with amazing effects.
100%  13   9 Ragtimelil
Strings