I see so many foxes near to my home and they are regularly in my back garden and in the road or the nearby park. They are clearly very successful omnivores.

I regularly see foxes near my home: in the street, in the nearby park and in my garden. It’s not a main road, so fortunately, there are not too many fox fatalities because of motorists, I’ve only ever seen one, but it’s fascinating to watch them. They tend to shy away from humans; they always cross the road or run and hide when I get close to them. And yet, one day, one was bold enough to come into my home.

I regularly see foxes near my home in Greater London, and one evening this week I saw a mum and her cub running down the road together, as though they were playing a game.  I stopped to try to photograph them, but as soon as mum saw me, she got a bit agitated, so I carried on walking.  I try not to disturb the little creatures.

I’ve noticed that whenever I walk along the road and there is a fox coming or nearby, they will always run and hide away.  In fact, only this morning, I – literally – caught the tail end of one running away as I opened the back door.  I assume that they do this with all humans and that I am not singled out for special treatment!  On another occasion, I tried to get a photograph of one sunning himself on the top of a neighbour’s shed, but he put his paw up and said,

“No paparazzi,” and ran off.  (Ok, he just ran away when he saw me with the camera.)

They are quite bold though, when they don’t see humans.  When my younger cats were still kittens, during the summer months a few years ago, a fox came into my house through the open conservatory door and made her way into the kitchen because there was cat food there.  I believe this was the same fox that had made her earth in my garden and gave birth in that earth, so it would make sense that she was trying to get food without going too far.  As soon as she heard me coming, she crept out of the house.  I suspect she took a chance because of her cubs; she didn’t want to leave them for too long and could smell the food.

I was quite disturbed when she came in (although probably not as much as my two little kittens, they were very upset) but I’ve come to realise that urban foxes do more good than harm.  Aside from food they are fed from humans, they eat rats, and as there are a great many of them in London, and they spread disease and do lots of damage, anything that eats them is ok with me.

It is true that before we had wheelie bins, they did rip the rubbish sacks open for the meat bones, but I can honestly say that they have never made any attempt to get into my wheelie bin.  I think that mostly, when we see them eating from bins, the wind has toppled it over and the foxes are just taking advantage of what’s available.

There are estimated to be more than 33,000 foxes living in UK towns and cities, about 10,000 in London alone.  They do not, in my experience, attack cats or other small pets.  When the fox came into my house, although my kittens were scared and ran to me, the fox wasn’t interested in them, just their food.  In fact, I’ve seen my cats and foxes sitting or lying next to each other in the sun, and the only notice they take of each other is if the fox happens to have the better position and my girls get jealous.  I used to see this behaviour with my male cat too, so it’s not just because my cats are female.  I suspect that the usual terms of engagement apply about fighting apply – most animals do not fight unless necessary because it is inefficient in energy terms, as in they have to search for food, shelter or a mate, so why waste that useful energy fighting for no good reason?

People have expressed concern over the occasions reported in the press when foxes have attacked small children.  The RSPCA says that these incidents are rare and foxes only attack out of fear, which certainly bears out my experiences.  As well as eating rats, foxes will insects, earthworms, voles and small birds.  It’s natural in the whole food web for there to be predators and prey species.

The foxes in the poster above are clearly young - their snouts are shorter than a fully grown fox, and their coats are only just beginning to change colour.

The gestation period of a fox is about 52 days; they mate from December to February and typically give birth to four or five cubs in March or April.  It usually takes about six weeks for them to wean.  The cubs are brown at birth and their coat changes to the characteristic red colour when they leave the earth.

In the wild, foxes live from one to three years, in captivity; they can live up to 10 years.

As with most non-domestic animals, they do not tend to sleep for long periods in any one go.

Some of the body language is similar to that of cats, as in flicking and rotating their ears, and standing on their hind legs.  When the young play-fight, they often stand atop of each other and use open mouthed gestures.

We do no see foxes here, but raccoons and other creatures do roam about. In fact, several alligators have had to be relocated from the area. And that might why we do not have foxes.

Yes, we have some Red Foxes that live near the golf course here in Aurora, Colorado, USA. Pretty little creatures.

It is like that with the robin that follows round when I am digging, seeking insects uncovered by the spade. She is happy to be on the same ground, but when I get to a certain distance from her, she flies off.

I like to take pictures of the local wildlife in my area (no foxes), but so often they get scared and run off before I can get a picture. I see you are faced with the same dilemma.

Oh good. I learned a lot about hedgehogs earlier in the year when my brother found one (who sadly died). There is someone in Hertfordshire called the Hedgehog lady and she cares for as many stray ones as she can. Amazing. But then, so many people are.

Problem solved. The hedgehog looked weak, so a plot holder who came to view it took it to the hedgehog rescue centre in Manchester.

Mmm, not sure how to help with that one Frank!

The problem for me is that I have two animals that I want on my allotment site, a fox and a hedgehog, But one eats the other.

I agree with you Frank. Harris Hawks are good rat catchers too.

Cazort you're right. I think we humans sometimes forget that we need to treat animals with respec and remember that they are predators.

I live in the US in Colorado and we have many urban red foxes. Love to see them. Every species of wild animal is feeling the effects of human's in THEIR environment. Thanks for a great article.

The Fennec Fox is a small fox that lives in sandy desserts in underground dens. 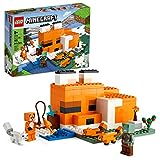 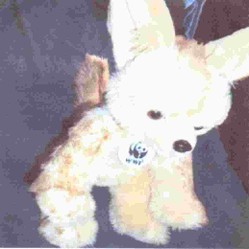 The Fennec Fox is a small fox that lives in sandy desserts in underground dens.
100%  26   11 candy47
Other Wild Animals

A glimpse of the Arizona desert wildlife and not so wild life, that I see from my back door.
100%  17   18 WriterArtist
Elephants

Why are elephant’s endangered species?It is because we are destroying green cover, their habitats with rapid urbanization and industrialization and poaching being another menace.
Loading ...
Error!