What happens when a hurricane like Irene wipes out the entrances to the bridges along the river? Vermonters just make a new exit to I-89

When a hurricane comes to Vermont, Vermonters don't just stand by and wait for the government to fix the problem. With roads and bridges washed out, a local farmer helped stranded neighbors by creating Exit 2 1/2 on I-89 North. Vermonters use common sense to solve problems in emergencies. By working together we all benefit.

I-89 Exit made after Hurricane Irene

My house is far enough up the hill that it had no damage and I didn't even realize the river was flooding until talking to neighbors who were walking by. There was a steady rain all night and all day but it wasn't the typical downpours I experienced in Costa Rica or Miami.

Trees came down and slammed into the decking, shaking the iron bridge as they smashed, ducked under and continued on down. We watched as the pavement on the approach to the other side of the bridge lifted up and was washed away. A tractor-trailer truck came floating down and smashed through the trees on the other side of the bridge. We watched a cow, many coolers, tubes for tubing down the river, a bureau and someone's deck float down.

The telephone pole snapped off and was dragged into the river but the cable never broke. About this time the power went out. We heard that the power company had turned off the power for safety. Later I heard that a couple of transformers upstream had blown up.

Then we noticed that the river was starting to go over the road just below us. The repair that the town had just paid for recently was washed away as well as most of the rest of that road and the only route to South Royalton was now cut off. It may be a year or more before the bridges are fixed and will cost millions of dollars.

Cut a new Entrance to the Interstate

The approaches to bridges crossing the White River have been washed out so the local boys cut a new entrance to the Interstate so that it is possible to cross the river.

The new entrance goes up a newly dug hill, through someone's yard and through a cut fence, then down the bank and onto the shoulder of the road. This entrance means that we can get to the gas station and other parts of town fairly quickly. Otherwise it would mean an hour and a half or more drive to get to the other side of the river where many people work, get gas etc.

I am now sitting at the eye doctor's office where they kindly offered to allow me to use their Internet Connection. This new Interstate Exit made it possible to get here in about 10 minutes rather than an hour and a half. Thanks to the ingenuity and common sense of Vermonters during difficult times, we now have a vital route open to the rest of the world.

Thank you for our Exit onto I-89

It is now 5 days since Hurricane Irene flooded Vermont. Road crews have been working untiringly to get roads passable. Electric companies from Canada, and several states west of us have been working in massive convoys to get power restored all across the state. Finally, as I was headed out yesterday morning to help people who's houses were flooded clean out the river silt, the electricity came on. A neighbor came over and helped me figure out how to reset my pump so now I have water. I put my kids in charge of doing laundry and dishes while I headed out to check on neighbors and make my way through Exit 2 1/2.

Exit 2 1/2 is just a mile before Exit 3 and only allows access to the northbound lane. The people, who's farm and yard it crosses generously allowed this entrance to be made. Everyone from my section of town has been so grateful to them as well as unnamed officials from the state of Vermont for allowing this exit to be constructed. Common sense and Vermont ingenuity have come together to create a solution, creating access from one isolated area to the rest of the town.

The road crews have now filled in enough holes in another road through Bethel that we can now drive on that route to get to the town so I hear that the State Police are shutting down our Exit 2 1/2 or Hill Billy Highway, as some call it.

This new route takes about a half hour to drive what once was a 5 minute drive. The road is ok now but I fear it will be very difficult in the winter, though Exit 2 1/2 would probably be impossible. We will miss our Exit 2 1/2.

The Bridge Approach below my house.

Royalton Bridge Approach
This is what the approach to the bridge below my house looked like the day after the flood from Hurricane Irene.

Building Bridges Unit Study
Learn about the Original Royalton Bridge, built by Garner Rix before the present iron bridge that lost its approach to Hurricane Irene

Royalton residents join forces to restore community
Exit 2B opened an isolated section of Royalton to allow residents access to food and water. Thanks to the Ingenuity of Vermonters and common sense, an exit onto I-89 was cut through by local farmers. The Residents of Back River Road, Gilman Road and the Royalton Turnpike are very grateful.

Battered Vermont Looks First to Its Roads
“They’re calling it the Hillbilly Highway,” said Rachel Bigelow, who set up a little farm stand selling sunflowers, tomatoes and corn by the jury-rigged interstate entrance that now cuts through her farm. Evelyn Saenz, a Royalton resident who drove through it on Thursday, praised it as “Vermont ingenuity” and had another name for it: “Exit 2 1/2.”

Approach to the Royalton Bridge

Washed out Bridge in Royalton, Vermont

At a meeting of the Select Board last night I found out that the Royalton road crew will begin repairing the approach to the Royalton Bridge starting this morning and could be finished as early as Friday.

Once the bridge is repaired there will be no more need for Exit 2 1/2 but the common sense and Vermont Inginuety that it represents will live on. Tomorrow I will be at the Farmer's Market to help sell Exit 2 1/2 T-Shirts. We are hoping that sale of these shirts will help to Revive Royalton with proceeds to help victums of floods caused by Hurricane Irene.

I love to hear about people pulling together for a common goal rather than sitting around griping until "someone else" fixes things.

Looks like a daunting task just getting around. I watched the old wooden covered bridge(s) being washed away on the news and my heart sank..
I hope this is the last of it.

Sounds rather harrowing. We don't have any rivers close to us, but some large trees fell. Fortunately they missed our cottage.

succinct moment to moment telling of a hurricanes aftermath! it is no fun/been there/and my prayers are for you and yours...hang in there!

Glad you are safe! Great description of the events!

I am so glad you were able to post this update, Evelyn. Certainly you are in our prayers. I love that community spirit, too!

I hope everything is able to be cleared at least to a workable amount soon. Praying that you all have supplies and things you need, Evelyn. Glad to hear that you have power back.

Evelyn, I don't know if you have access to computer now, I didn't see any recent post on FB from you... so you town is one of those 11 towns which are isolated!!? Hope you can rich the supplies which are coming with the helicopters now... All the best for you and yours. I keep the fingers cross for you, it is incredible what happen now in Vermont... nobody predicted... to evacuate or take and measures for protection. Send you positive energy, and love, and a prayer to get better as soon as possible.

Vermont has the highest number of covered bridges per square mile in the U.S....

Royalton Bed and Breakfast in Vermont

Vermont is a delightful place to stay for the weekend. Come stay at Evelyn's ... 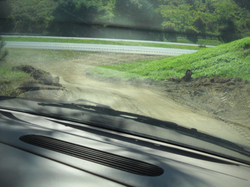 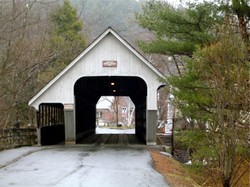 Vermont has the highest number of covered bridges per square mile in the U.S. Vermont covered bridges are lovely to look at and they are steeped in history.
100%  14   10 evelynsaenz
Vermont 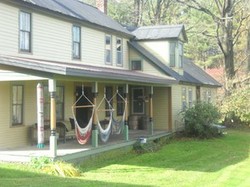 Royalton Bed and Breakfast in Vermont

Vermont is a delightful place to stay for the weekend. Come stay at Evelyn's Bed and Breakfast in Royalton, Vermont.
Loading ...
Error!