A summary of Victorian style of interior and exterior design.

The Victorian period has very distinct architectural styles, including Victorian Stick, Second Empire, Gothic Revival and Victorian Italianate. If you think Victorian style means dull, boring and gloomy then reconsider. The Victorian period is really diverse and they had some very forward thinking and modern styles. The style was unique in that it followed through all the class systems from the great mansions and stately homes to the basic terraced houses that were built to house the poor, it was simply the fabrication of the decorations that altered.

So what is Victorian?

You’ll recognize some of the features, even if you weren’t aware that they were Victorian.  Many of them are still in existence in houses today – multi coloured stonework, gargoyles, wrought iron decoration, ornamental spindles and dormer windows.

The classic Victorian interior design and décor is truly original and has a richness and elegance seen in many of the stately homes in Britain.  Colours were dramatic purples, rich greens, and materials such as damask and velvet with decorative fringes and tassels.  Dark woodwork and paneling combined with the rich flock wallpaper.

Some forward thinking Victorians adopted a white space interior to encourage light into the rooms but this was balanced with oversized paintings that had gilded frames and gold embellished curtaining.

Minimalist it certainly wasn’t – with combinations of patterns, colours and a very cluttered style with heavy wood furniture.

Victorian houses were very similar from the outside, and they were typically rows of connecting houses.  Personal outside space was minimal and the need for driveways hadn’t yet arisen as there were no cars at this time!

One common feature was plenty of chimneys as rooms were often heated by fireplaces.

The most obvious design feature from the outside of a Victorian residence would be the bay windows, often with window seats in them and their own separate roof attached to the front walls of the house.   These were developed to allow more light into the house to counter the dark design interiors.  Sash windows were common with the more affluent having stained glass on doors and upper window panes.

Multi coloured brickwork was used to enhance the windows and doors.  Pattern and colour combinations outlined the frameworks and this was used to personalize houses in a terrace.

A closer look at Victorian exteriors:

If you are considering renovating your Victorian home, there is a wealth of information available and many companies who offer second hand original items.  In recent years there has been a definite move towards restoring houses back to their origins following the previous minimalistic renovations which saw many of the features removed and skipped.  Many websites are available to track down certain items and it is also possible to buy new but Victorian styled items which have been made using traditional methods.

Resources for renovating your Victorian home

Victorian Period - Style. BBC.co.uk
The BBC provide this thorough and useful article on the Victorian period. The style section is useful if you're looking for ideas.

Our Victorian house
Follow this person's journey as they restore their old Victorian house. There are plenty of pictures - before and after - for each room, plus practical advise with how they tackled problems.... and more!

Victorian House
Tour this person's house and see their Victorian style home. The history section is very interesting too!

I like the Victorian stained glass. Am not so keen on the dark wood they used in all their furniture.

Principles of Moroccan Interior Design; How To Transform Your ...

Discover the principles of Moroccan interior design, and learn how to create ...

In the Swedish homes there is nothing allowed to get too cute, frilly or too ... 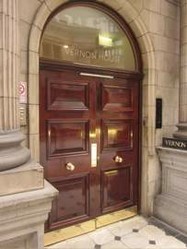 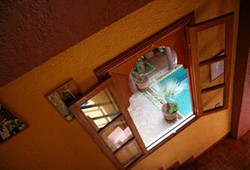 Principles of Moroccan Interior Design; How To Transform Your Living Space into an Exotic Retreat 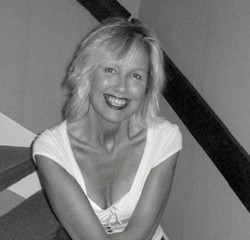 In the Swedish homes there is nothing allowed to get too cute, frilly or too feminine. However, a feeling of comfort is very important to the Swedes.
Loading ...
Error!