Vivien Thomas was an African-American born in 1910, grandson of slaves, in New Iberia, Louisana. During The Great Depression and American segregation, he perfected heart surgery.

Vivien Thomas dreamed of being a medical doctor. Due to the Great Depression and the fact that much of America was still segregated during his young adulthood, his dream was cut short and never fulfilled. However, this did not stop him from being an innovator and pioneer of life-saving heart surgery technique.

Thomas was born in Louisiana but his family moved to Nashville when he was young. There, he graduated from high school with honors. He'd worked after school to save money for medical school, but The Great Depression hit and wiped out his savings.

He worked as a janitor at Vanderbilt University where a surgeon, named Alfred Blalock, recognized his intelligence and hired him as a lab assistant. Thomas worked 16 hour days, conducting research and experiments in the lab, studying the heart, and shock and its effect on blood pressure.

When Blalock was called to work at Johns Hopkins, he asked Thomas to go with him.

While at Johns Hopkins, Thomas worked tirelessly, researching heart surgery and conducting experiments. He developed a surgical operation for a condition known as Blue Baby, something that afflicts newborns, diverting blood from the lungs, creating a lack of oxygen for the body.

Thomas created special instruments for the operation that would work on the tiny patients. It had been said that Thomas was particularly masterful with his hands, able to do delicate and intricate operations.

Fact is, Thomas was not allowed to operate on white patients. When the opportunity came to perform the Blue Baby operation on a live human patient, in 1944, it had to be conducted by Blalock; though, Blalock insisted that Vivien be there to guide him.

The operation was a success as were subsequent operations. This was a new procedure, open heart surgery was previously thought to be impossible. Now, thanks to Vivien Thomas, it is standard.

The Effect of Segregation on Vivien Thomas' Career

What is clear is that Thomas didn't let anything stop him. The Great Depression, segregation, none of it stopped him from doing what he loved, working in the medical field to save lives.

But it would be naive, in fact ignorant, to say that segregation had no effect on him at all.

His widow said that all that time Vivien worked in medicine, he had still wanted to get his Doctor of Medicine but could not. He had already done all the work and asked multiple Universities if they would consider the work he'd already accomplished in granting him a degree and they all refused. He decided at his age, by the time he could ask to be credentialed, that it would take too long for him to finish medical school and he'd be an old man by then. So, he gave up on the dream of having an official designation as a medical doctor.

It should be noted, too, that Vivien's relationship with Dr. Blalock was only a working relationship, a professional one. By law, they were not allowed to socialize, Blacks and Whites were separated in The American South where they both were born and raised. Thomas went to Blalock's cocktail parties as a bartender, not as a guest, because he both needed the money and was not allowed to mingle with Whites.

In spite of all this, a low-paid medical genius faced with barriers economically and socially, Vivien Thomas became a great pioneer and innovator of heart surgery, responsible for saving lives in his lifetime and years past his own lifetime as well.

Truly a great in the world's medical history.

You're right about that, ologsinquito. In fact, I just stumbled on it accidentally and decided to write on the subject. I'm sure many people never even heard of Vivien Thomas. But his story is definitely fascinating.

I think this is a largely forgotten story and an interesting one as well.

Yes, it is very illuminating in many ways. Amazing to learn about this man, and it's even more amazing that he isn't more well-known.

I'm not aware of Dr. Ben Carson. I'll have to look him up. Yes, this is a great story, kind of amazing and fascinating.

This is a very interesting read. I've never heard of him before. This story reminds me of Dr. Ben Carson.

How Much Do Medical Assistants Make?

Being a medical assistant is a fulfilling career. It is also a rather easy m...

If you are interested in a medical career with a lot of potential, why not be... 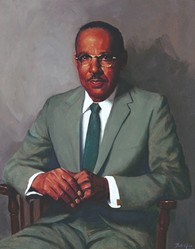 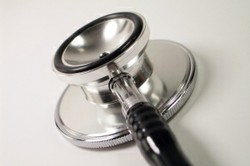 How Much Do Medical Assistants Make?

Being a medical assistant is a fulfilling career. It is also a rather easy medical field to get in to. But does it pay enough?
7%  0   1 RachZ
Medical and Health Sciences

If you are interested in a medical career with a lot of potential, why not become an ultrasound technician?
Loading ...
Error!