We Can Hop On This Train When It Slows Down, Seriously?

Look out! It is the train, panic has set in. We're freaking out as it's moving even faster towards us. It's so dark in here, the train doesn't even see us. We were all trying to

be brave in an unknown park, after dark, with sounds we weren't sure which direction they were coming from,
Was that a gang of bikers or a train? George swears he heard screaming from some where down the tracks, what happened to the people building the fire?
What people? whispered Seth.
"Where did they go?, Julie whispered back.
"I don't know, as all we heard next as deafening.

No Where to Hide

No Where to Run, When a Train You Hear Comin 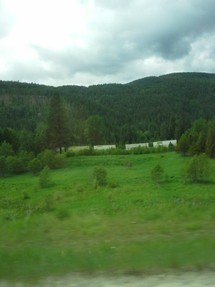 We drank sweet cheap wine every day, no jobs, nothing to do, bored out of our skulls with a temperature so hot you didn't want to move. So we'd suffer in heat throughout the day then cruise out into our cars at night and follow the boulevards up into the foothills.

The quiet contrast of a dark lonely park jutted up against a train tunnel and cave. The whole drive spooky stories were told while a bottle of sugary vintage was being passed around. No one was really afraid, too much excitement in the air.

Shadows form the hedges and abandoned slides, swings and merry go round gave an eerie feeling that was hard to push down. I wanted things to be quiet and still not all this pushing and shoving and playing on the toys making all sorts of noise.

We watched a train chugging through the tunnel, picking up speed as it turned the corner towards the cave.

clickety clack whoosh, whoosh, roar of the train going so fast beside us. The motion was so close, I thought for sure it would blow us off the ledge.
Jessy just stood there watchWell, at that moment, don't ask me why, I was more scared to be down there with a gang of bikers than taking my chances getting through a tunnel before a train might go through.

It doesn't run this way every day, yelled Julie, come on.  Look we see a fire, hurry up these rocks, I can hear the motor cycles coming round the bend.


Then, suddenly as it had come, the last swoosh of wind about jerked us off the ledge. Sitting on the ground was my brother, practically in tears and hysterical. He had to stay on the ground and was screaming as his hands tried to hold onto the rocks cutting blood out.

We moved faster, much faster than when we'd begun.There wasn't the satisfaction I thought there would be. Thankfully we were almost to the other end. One more corner, than another. More crazy acting people wandering about I swear.  We were not drunk anymore that is for sure.

I doubt any of us would have taken the risk to walk through there sober, not knowing when, or if a train would be passing through. I questioned some of the guys.

"Well, what if a train comes through?" Of course I got the response, "chicken." I fell for the line that trains don't use that track anymore. Yeah, right!

Then loomed a big bush, the moonlight shadowed it so brightly it scared us. We stood there in a crazy awe of surviving the train, I honestly prayed thank you for being alive still that day.

I'm sure I head someone swear truth or dare.

Julie got stuck with the dare, for $50.00 bucks, she took it.  She just had to come out the other side of the tunnel, alive.  I didn't think it would be much of a problem.  Julie loves trains.

My gut continued to rumble to go back, go back, too many curves, what if there is no end to it? Then I remembered walking the train tracks that took forever to get into town when I was a kid. No trains came then.

I had a river to maybe jump in, not a cave I couldn't get out of until I got to the end.  I started looking up the side for a ledge to climb on, yes, there was one.  Big problem though, I was not tall enough to reach it.

I knew someone who was, the band of friends I came to the park with, catching up with me. With them all yelling, "How crazy of me to pretend to be brave", I screamed back,

"We need to get up on that ledge," not a good time to admit it was farther than I thought.
And yes, it was about the money and the bet, I needed to win both.  It was how I survived for so long.
We all kept hoping for an end to the cave, instead.

Truth or dare goes both ways boys, it can be looked upon now as a survival teaching technique.  Or, I betcha we could hop it and ride it all the way to L.A.

Don't You Belive It

Fire On The Tracks

Now was the time to go walking through it, there wouldn't be any trains on this track, so we were told. A very rocky terrain lay before us as we picked our way up the hillside to the tracks. We were startled to find other people building a fire along the tracks just inside the cave. They berated us for being so damn loud, said they could hear us a mile back, told us we were nuts to go all the way through the tunnel. How ironic I thought, at least I wasn't building no fire on the damn tracks.

Panic Set In Half Way Trhough The Cave

It is a Tunnel, Are You Sure?

Suddenly fear gripped my heart as I heard and mostly felt a slight rumble, I ran forward, some ran back. What do we do, oh shit, what do we do? Shit, this is it, I'm gonna die in a cave, run over by a train. Is a train really coming, damn, I was hoping I had imagined it.

Man, where's the ledge, I can't find it, quit yelling at me, I am trying to climb up it, damn it, we aren't as tall as you, help us you fools.

Come on, we have got to make it to the end, then, I heard myself scream. "Oh god, as I was snatched up by a friends hand, slammed against the rock wall, partly in fear, mostly in anger.

"I think I see a light, my ass," was all I heard before the swoosh of the train rumbled and rocked what felt like right through us.

is it the end of the tunnel lights we see or the train coming up behind us while we cram ourselves against the ledge?

Damn it is the train, panic has set in. We're freaking out as it's moving even faster towards us. It's so dark in here, the train doesn't even see us. We were all trying to scramble up the ledge as fast as we could, just then the lights hit a spot up above. Thank God, looks like enough room to stand on that jutted out rock platform, just enough time to move.

Get to it. When George pushed me up, he pressed his body against mine so hard I thought a rock would pierce my heart. I  know if it was him shaking, just as much as the rumbling train, as it roared and rumbled and screeched around the corner past us.

Has a Train Ever Gone On For So Long?

Obviously, that wasn’t everyone’s response to such a dangerous dare.    Anger, fear, laughter, the promised money, of course not.  As Jessica came down from the “high” of the rush of tasting fear like that, Jeremy had to spout off again. "

You crazy fool, why do you drag us into these stupid dares of yours?  It really makes us mad when we gotta chase ya down and pull you to safety, pretty stupid and crazy."

"Get over it, and lets get out of here," drawled Al heading toward the shadow of bushes.

To all our dismay we found the hillside back down even more treacherous than the one we climbed up at the other end, one look back and none of us cared. We weren't going back, we'd find a way down, the scariest challenge had been one.

Was it Worth The Risk?

Yeah, whose idea was it in the first place?  Why did us girls take the dare against the boys?  What mental battle is going on in our pubic minds to feel that invincible?

Yet, as they sat there closer to the front, and I was heading for a dead spot on a corner, I was moving a lot faster and wishing I had made the bet for $100.00, well, I better start running.  Seriously?  They are yelling at me to wait for them to catch up?  No, way, that would be taking too many chances to turn around when I knew I was halfway through, I could feel it, no one believed me.

"Well, Al took that usual slow deep breath, slowly forming his words, long and slow, whom ever said it slowed down in there, was already up on the ledge, I swear."

"Or a big fat liar," Heymond chimed in. 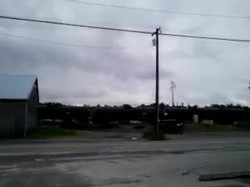 Our Collection Of Wedding Vows With Pictureson 04/05/2013 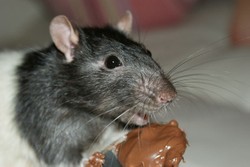