A prior lifelong athlete chronicling her journey to losing weight by choosing a Vegan lifestyle. She shares recipes, struggles, triumphs, and the tools necessary for success.

My name is Jessica but I also go by the name Weighing Woman when I blog. I have been a lifelong athlete that has been struggling with my weight since college, when I stopped participating in sports. I have a sedentary office job and I teach English part time online. I have been on nearly every diet known to man without success and have finally found something that I never thought would work but definitely has changed my life for the better. I always felt so restricted when counting calories or avoiding carbs, etc. By becoming Vegan my beliefs and diet have become one with each other. I love animals and the fact that this diet doesn't support their pain is just another plus! I have over 70lbs to lose and I am sharing my journey with others in order to help them and keep myself on track!

Me in high school

My journey to weight gain

You may wonder or you may not wonder how someone who played softball and basketball their whole life suddenly gains 70lbs.  Well, the truth is, it wasn't sudden.  I went off to college determined to never play sports again as I had played them so much that I was sick of playing them.  I was tired of the pressure and the schedules so I threw myself into pure laziness.  I was also a very sheltered child so going to college was a culture shock.  I had never been exposed to parties or anything other students my age had been.  It wasn't because of religion but because my parents were simply strict and I couldn't go anywhere without them knowing everything or talking to a parent who would be there.  This seemed unfair to me at the time but it kept me out of trouble, until college.

Once I got to school I had no idea how to manage money, a diet, or life in general.  I had always been taught anything and everything in school but I never learned real life skills.  I ate pizza and bread sticks more often than a vegetable.  in fact, I never even bought a veggie the entire time I was in college.  I stopped studying and attending classes and started getting into trouble.  I would party in San Francisco every week and party at school every other chance I got, which was frequent.  This led to a weight gain of 25lbs initially.

After a bad break up with my high school sweetheart and fiance after 3 years I stopped eating and kept up the partying.  I ended up switching schools to an online school that actually allowed my grades to improve because I didn't have to work around someone else's schedule or learn from lectures.  I have always been better at taking my learning into my own hands and this allowed me to bring my grade point average up significantly.  I had always been a 4.0 student my whole life so dropping to less than a 2.5 will give you an idea of how much I was partying.  My new school allowed me to get A's but still go out dancing.  I also got a job that involved lifting boxes and walking a lot.  So combine these with hardly eating and you get a 40lb weight loss.  I ended up weighing 155lbs which was 15lbs less than I did in high school.

How I gained it back and then some

In my last year of school I met a boy who I had a very unhealthy relationship with.  His bad eating habits rubbed off on me...eating 2 hot pockets at 2am and drinking regular soda, etc.  I still had no idea about nutrition but his video game addiction and the stress of constantly fighting with him took it's toll over the next 3.5 years.  It didn't help that after graduating college I got a comfy desk job almost an hour from home so I was sitting nearly 12 hours a day.  The constant food being brought into the office didn't help either.  I gained all my weight back and then some, totaling 65lbs.  Still, I didn't know anything about nutrition at age 25.

Just after meeting the man who would become my husband I gained another 26lbs because as we all know, I was fat and happy with my new relationship.  most of my weight gain was when he was on cruise as he was in the Navy and I was sad that he was gone so I turned to food.  When he came back I was at my highest weight of 246lbs!  It took seeing my pictures at my nephews first birthday to realize I had become out of control.

The start of my journey

Now the picture on the left is my highest weight and on the right I had lost 25lbs, putting me back at the weight I was when I got married.  Unfortunately, you can't even tell a difference in the pictures.  I still had no idea about nutrition and was still not eating vegetables and was drinking diet sodas like they were going out of style.  I would frequent fast food places and eat instant meals because I didn't know how to cook.  But then again, I never took the time to try to learn.

I have since been on every diet you can think of, Paleo, weight watchers, etc. and none have worked for me.  Not because the programs don't work but because they didn't fit my lifestyle.  Calorie restriction has never been easy for me because I LOVE TO EAT.  But to lose weight I needed to figure out what I could do to find a lifestyle that fit for me not just a diet.  From 2012-2015 I struggled to lose weight and the scale still didn't move.  I noticed that I would go through 3 month cycles of eating good then bad, completely defeating myself every year.

I come from a family of meat eaters, BIG TIME.  I never thought being vegetarian, let alone being vegan was an option I could handle.  I am only a few weeks into it and I feel like this is something I can stick with because I don't focus on calories but I am still aware of them.  I still use the myfitnesspal app to keep track but if I'm hungry, I'm going to eat, whether or not I go over my 1200 calorie goal by 200 or 300 calories for the day.  I stopped drinking wine, not completely, but enough to where I can say I have only had one glass since becoming Vegan as compared to having a couple glasses every week.  I have gone through my pantry and separated the vegan and non-vegan food.  I started off by doing a 7 day juice cleanse leading me to lose about 6lbs.  I was nervous that I would put the weight back on as soon as I started eating again and at first, I did. I was 218lbs at the end of my fast and a week later I was 222lbs again.  But my body was still transitioning.  I have since seen more weight loss but I am eating Vegan.  I am down to 218lbs as of August 23, 2015.  I am very excited to see where this journey takes me as I am still in the early stages of becoming Vegan.  To follow me in my journey find my on instagram, facebook, and twitter!  I also am going to be vlogging on youtube!

At first I found myself using a significant amount of cashews especially in many of my recipes.  They are used to make vegan cheese as well.  So if you want to make homemade nacho "cheese" and Parmesan then you will want to buy these babies in bulk!  Nuts are great to snack on but be sure you don't overdo it or it will defeat the purpose of snacking.  Almonds always make a great snack and you can eat more of these than most other nuts.  If you are looking for highest protein then make sure to get some sunflower seeds or kernels!  My favorite is the cracked pepper YUM!!!  But I don't eat these all the time because of the sodium so be sure to get some regular kernels you can throw onto salads for some extra protein!  However, since I first started my journey I have since switched to high carb low fat vegan so using these is not a frequent occurrence anymore although when I am craving fats this and peanut butter is where I look!

Yes, dry beans are better and hold up better in recipes like falafels but not everyone has the time to soak them, especially if you work 10 hours a day and/or commute like me.  I opt for the canned versions when possible to save time.  I always try to get organic non bpa lines cans so I usually end up buying Amy's brand which you can find in most health stores now but it's generally cheapest and has the best selection on amazon.  I definitely get my money's worth out of my prime subscription since I get many of my items in bulk on amazon!  Some items I choose to get at Costco but when I know I won't have time to go or if you don't have a Costco near you then you can always use Amazon which has comparable prices for a lot of the same items.  Sometimes it adds up to $1 more but when you calculate time and gas, it's just easier to shop online sometimes!

Thanks Mira! I will be sure to check it out!

Welcome to Wizzley, Jessica, and good luck with your efforts of losing weight! Vegan is a healthy lifestyle, that's for sure. I would do it too, but I like to cook and eat different things, and so even though I'd prefer to go vegan, I don't do it officially, but rather try to cook vegan as often as I can :). I have some recipes here on Wizzley as well and I plan to add more as time allows.

The Benefits of Eating Vegan, Vegetarian or Raw Diets

Eating More Vegan, Vegetarian or Raw and yet not completely living the lifest... 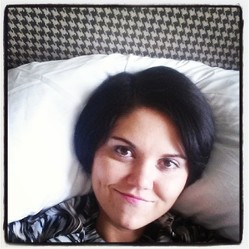 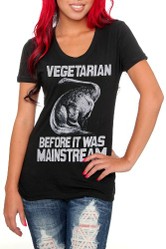 The Benefits of Eating Vegan, Vegetarian or Raw Diets

Eating More Vegan, Vegetarian or Raw and yet not completely living the lifestyle is an idea many are embracing. learn how you can eat vegan or the like and not be all in.
27%  2   3 KathleenDuffy
Vegetarian and Vegan Lifestyle

Leah Leneman's book, 'Vegan Cooking for One' provides vegan recipes for each season of the year. It makes healthy vegan cooking for one an easy and inexpensive option.
Loading ...
Error!