What Direction Do Dogs Poop: Research That Gives You More Info Than You Ever Wanted. But Why?

Research on the direction dogs poop took two years. Sometimes research is really about nothing worth doing the research on.

Two things I love – dogs and research – have brought me to the penultimate piece of scientific discovery: When dogs poop, they do so from north to south. Now don’t click elsewhere or close this page; I’m serious. There really is scientific research, by experts in Germany and the Czech Republic, which claims to prove this. Of course you might wonder – as I did – what the bloody difference does it make which direction dogs do their dooty? Well, I’m still asking that question and I’m wondering why a university allows such useless research to be done? Maybe after reading this you’ll have some suggestions – the ‘low down’ as it were?

So, we’ve all seen dogs do things that we thought were odd like eating and swallowing dozens of socks (as one dog recently was found to have done; and which had to be surgically removed). Other behaviors, like bringing us dead animals, are more easily explained (it’s showing us affection by bringing us a ‘present’). But, the notion that dogs poop in a certain direction — aligned with the north-south axis of the Earth's magnetic field – strikes me as peculiar. But, even more peculiar is why we need research to inform us of this.

70 Dogs Studied For Their Poop Preferences

The pointlessness of this research is even more apparent when you consider that these German and Czech researchers spent two years watching 70 dogs (37 different breeds including beagles, borzois and Transylvanian hounds) while they – the dogs, that is – defecated and urinated thousands of times. Two years! Really? Some guys actually spent two years observing dogs pooping? Someone actually funded this research?

Can you imagine what might happen when they got back home from a hard day at the office and their wives’ ask them, “How was work today, honey?” and they answered, “another day watching dogs poop and I’m beat.” The wife would justifiable wonder if her spouse were having an extramarital affair. Then again, she might wonder about his sanity. Two years of watching dogs poop is a sure sign of mental imbalance in my book.

Anyway, to give the scientists their due, after watching the dogs they compared the dogs' position with the “geomagnetic conditions prevailing at the time.” Their results found that the dogs preferred to poop when their bodies were aligned in a north-south direction. Whoo-hoo, isn’t that a ‘save-the-earth’ moment?

But, that isn’t all they found – female dogs showed a greater preference for the north/south positioning than male dogs (it’s because the males lift their legs for urinating and female dogs don’t, the scientists say). And, all of the animals were observed off-leash in open fields and other areas, so buildings, trees and other objects in the landscape wouldn't force the dogs to face one way or another. The researchers also noted that while most dogs preferred to poop while facing north or south, most dogs also avoided facing east or west. Why? The scientists say they don’t really know. Well, that’s really helpful isn’t it?

They compared their discovery to birds that use magnetic fields to migrate thousands of miles and pigeons that are equipped with microscopic balls of iron in their inner ears that accounts for their sensitivity to the geomagnetic field. Even humans, they say, might have a similar ability. So, is this all connected or not – again, the dog researchers say they don’t know for sure. Well, thanks a lot. Oh, and guess what else they found out – when the Earth’s magnetic field is disturbed – as when the sun emits flares – the dogs’ orientation isn’t quite as specific. Maybe we need to check with astronomers before going outdoors to determine if we need to walk in an east/west or north/south orientation on any given day?

Now, another thing about academic research I’ve found – it’s got to be published to be relevant and appreciated by other scientists. Fortunately for the researchers there’s never a lack of publications that are willing to put their work into print – regardless if anyone reads it or not or of it’s of any value. In the case of our dog poop investigators their work was published in Frontiers in Zoology, although I’m not sure what frontier we’re talking about here.

The scientists also found that an analysis of Google Earth satellite images revealed that herds of cattle worldwide also tend to stand in the north-south direction, as do some species of deer. Wow, we’re really on to something now. Animals prefer north/south and aren’t we all better for knowing this? And, boy, that Google Earth is really being put to good use, isn’t it?

Yet another thing about academic work – it’s never done. Just about every scientific study I’ve ever read has the caveat that more research is needed. That’s a coy way of saying if only someone will come up with more money to fund their work they’ll be happy to spend the rest of their days on such esoteric work, whether it’s useful to mankind or not. So, of course, the dog poop researchers insist they need to do more work.

Somewhere out there scientific work is being done to find cures for diseases afflicting humankind, or aimed at discovering something that eliminates hunger or invents something that we can all really use. But, some scientists figured that studying dogs and the direction they poop was the most important thing they could do. Maybe, someone ought to be more carefully studying these guys to determine if they’re just doggone off the chain.

TheWritingCowboy, Do the researchers explain why they studied the 37 breeds that they did?

Love your response burntchestnut! My loo is in a north- south orientation... we could be onto something here!

This is something I never wondered about. But if someone asks me about which directions dogs poop, I'll know the answer.

Disasters And Pets: Are You Ready To Aid Your Pet When An Emer...

Are you ready to take care of your pet in a natural disaster or emergency. He...

Cats, as loveable as they are, can sometimes be a pain in the you-know-where.... 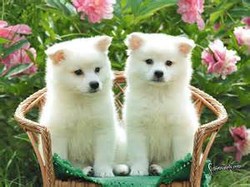 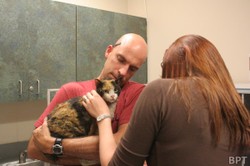 Disasters And Pets: Are You Ready To Aid Your Pet When An Emergency Hits?

Are you ready to take care of your pet in a natural disaster or emergency. Here are some tips.
82%  4   13 TheWritingCowboy
Cat Training and Behavior 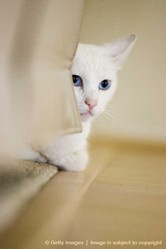 Cats, as loveable as they are, can sometimes be a pain in the you-know-where. When that happens what should you do? Here’s some advice of what to do (and not do) to address feline
Loading ...
Error!