Alternate History: What If Anne Boleyn Had a Son?

There are a lot of what if’s in history. As a storyteller, one of my passions is to look into them and wonder what would have been the outcome. One that I really enjoy looking into is Anne Boleyn’s fate had she given birth to a son.

I don’t think it would have mattered if this son was younger than Elizabeth. She could have given birth to a boy had she not miscarried in 1536, so I’d like to take this time to wonder what would have happened had Anne Boleyn seen this baby to term and given birth to the boy.

Would Anne Boleyn Have Kept Her Head?

Anne Boleyn faced the chopping block on May 19, 1536, but could this have changed with the birth of a boy? 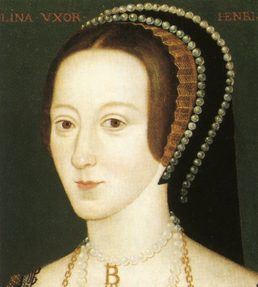 Henry VIII wanted a son and heir. In fact, he needed it. This wasn’t just Henry VIII’s opinion; it was the opinion of the country. At the time, no female had proven that she could rule the country well. There were too many uncertainties should Henry VIII die without a son.

He needed a way out of the marriage to Anne Boleyn, and an execution was better than a divorce at the time. There were still too many people who viewed Catherine of Aragon as the rightful queen, and it would have been dangerous for the protestant supporters to have Anne Boleyn still alive.

However, had she given birth of the heir that Henry VIII needed, he would have likely stuck with her. After all, look at how he treated Jane Seymour after her death. Jane was continuously in paintings and buried in Henry VIII’s own tomb.

The Seymour Faction Would Have Weakened

Would Jane Seymour have ever married Henry VIII? Would her brothers have been so influencial at court? 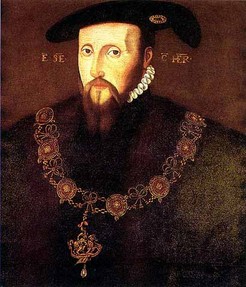 Henry VIII rewarded those who did well, in his eyes; and the birth to a son was the ultimate gift to him. Anne would have been rewarded for this, along with the rest of her family.

Jane would not have married the king when she did, if at all. It would have taken something drastic for the king to divorce or execute his wife now. That would mean his heir would become illegitimate and he’d be back to square one. However, he may have taken Jane on as a mistress. After all, he was rumored to have enough of them (whether these rumors were true, we will never know. There are only two confirmed mistresses).

The son would have certainly not been the only child for Anne Boleyn, unless she died.

It is likely that Anne would have had more children, or there would have at least been more pregnancies. Had she had miscarriages afterwards, Henry VIII would have probably not treated her the way he did with Catherine of Aragon. After all, she had successfully produced the heir that he needed. Anne would have had a little more leeway.

However, Henry would have wanted the “spare.” There would have certainly been many more attempts over the years, until her death. Some cynics could even suggest that she would face a similar fate as Elizabeth of York: finally succumbing to childbed fever or dying in childbirth in some other way.

Had she died before Henry, she would have likely gained Jane Seymour’s fate; buried in the tomb that Henry was planning for himself. This would certainly be likely had she had another boy at a later stage, especially if she died giving birth to that spare.

How Much Do You Know About Elizabeth I?

Would it have been a bad thing if Elizabeth I didn't become queen?

Would Elizabeth have been queen if she had a brother or two? Would she have married?

First of all, Elizabeth would have certainly remained a princess. She would have gotten to know her mother and may not have had the jaded view of love and life that Henry VIII gave her. It could have been a much happier childhood, and she would not have ended up in the Tower of London at the hands of an insecure half-sister, Mary. 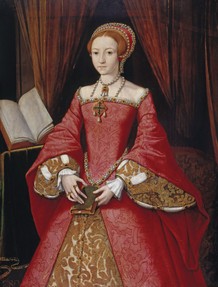 Whether she would have become queen would depend on a few factors. The first would be whether Anne’s son lived long enough to marry and have children of his own. Then it would depend on whether there were “spares.” There are a lot of ifs and buts when it comes to Elizabeth’s future position as queen.

Even if she did become queen, she would not likely have been the Virgin Queen. It is likely that she would have married someone, especially if Anne had any say in it. She wouldn’t have developed the negative view of marriage seeing that her mother was still alive and the marriage was somewhat happy. That would have meant the Tudor line would have continued in some way, and England and Scotland would not have joined together in the way that they did.

What Would Mary’s Fate Have Been?

How would Mary have been treated if Anne Boleyn lived?

There certainly wouldn’t have been the Bloody Mary we know of today. She wouldn’t have likely had the chance to become queen, considering Elizabeth would have been in line long before her.

In fact, Mary and Henry may never have reconciled with Anne Boleyn still in Henry’s life. It was only because of Jane Seymour, Anne of Cleves and Katherine Parr that Henry finally welcomed his eldest daughter back into his life and placed her back into the line of succession.

Things may have been much harder for Mary, and she could have ended up much darker and damaged than she was with Henry going through wives like they were underwear! She would have been forced to help with the raising of her half-siblings; and a half-brother at that. And that’s if she even lived! I could see Anne Boleyn certainly finding a way to bring an end of Mary.

Would Mary have married? Possibly but certainly not to Philip of Spain. It would have been someone Henry and Anne chose, so likely a protestant who prevented Mary from practicing her own religion. It would have certainly been a sad life for the eldest daughter of the king.

England Would Have Delved Further Into the Protestant Religion

Just how far would have England gone into the protestant religion?

Anne certainly favored the protestant religion and she would have likely pushed for that. With the help of her father and brother, it is possible that this would have happened. On top of that, her children would have been raised as protestants, and would have pushed for further changes as they took the throne.

It is unlikely that the country would have seen the temporary switch back to Catholicism or the uncertainty of what they were allowed to believe in.

Read More About Mary I on Wizzley

Would Lady Jane Grey still become the nine day queen? Maybe she would have been queen consort. 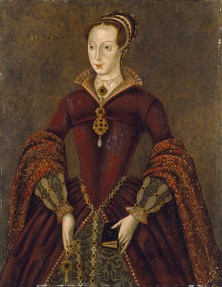 Well, Lady Jane Grey may not have been used as the political pawn that she was in real life. Maybe she would have been betrothed to Anne Boleyn’s son to keep the Tudor line untainted. There is a chance that George Boleyn would have favored something like this considering Jane’s protestant upbringing; and he most certainly would have become the Lord Protector for his nephew.

However, she may have been completely forgotten about. Jane’s mother, Frances, would have been raised with a dislike for Anne Boleyn considering her parents’ views. Anne would have likely preferred that her son marry someone else, maybe a princess from overseas, like Germany or the Netherlands; a protestant country at least.

One thing is for certain, Jane would not have likely faced the execution she did when Mary became queen.

And Mary, Queen of Scots?

Finally, what about Mary Stewart's outcome?

Finally, there is one other who could easily be forgotten when wondering what if Anne Boleyn had a son. Mary, Queen of Scots, became a victim of Elizabeth I. While nothing would have changed Mary’s upbringing in France and her forced abdication in Scotland, she may have been treated better in England.

Having a male cousin around may have helped to prevent Catholics from trying to overthrow the king. This would have certainly been the case if this heir had children of his own, or there was spare that wasn’t Elizabeth.

Going back to the marriage idea, Anne Boleyn’s son may have even been betrothed to Mary, Queen of Scots. This could have prevented her upbringing in France and she could have been raised as a protestant. It may have even joined England and Scotland earlier! Anne may not have preferred this marriage, but it could have been the best option for the countries at the time.

I find it fascinating to look at points in history and wonder “what if.” The idea of Anne Boleyn having a boy has always fascinated me, and I often wonder what would have happened. I have a book that is set in this world and I can’t wait to start reading it. It’s part of a trilogy called The Boleyn King by Laura Andersen.

What do you think would have happened had Anne Boleyn had a boy?

Get The Boleyn Trilogy on Amazon Today!

You're right, cmoneyspinner. That's certainly something I'd have given up if I was in her position.

"First of all, Elizabeth would have certainly remained a princess. She would have gotten to know her mother and may not have had the jaded view of love and life that Henry VIII gave her." Indeed. What a thought! The thing is ... she probably would not have cared if she was a princess at all, if she could have traded the throne for the life experience of growing up in a home with two parents who clearly loved each other.

Very interesting take on what might have happened. I love this period in history and enjoyed this. 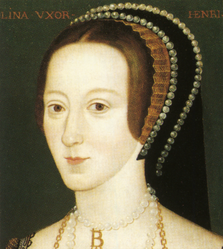