What is Chorizo? The Best Chorizo Sausage for Your for Your Recipes

Chorizo is type of Sausage spiced with either smoked paprika or chili peppers. Spicy or mild chorizo will add a heartiness to your cooking

Here's a great selection of chorizo for you to purchase. You'll find these delicious sausages come from a variety of countries such as Spain, Portugal and Mexico. So while there are similarities, you'll find delicious differences as well. If you love the taste of smokey paprika, then you'll probably gravitate to Spanish or Portuguese chorizo. You'll find full-sized sausage and smaller mini-chorizo. Perfect for snacks, soup, or appetizers. There's also a delicious recipe for Portuguese Kale and Chorizo soup at the end of this article.

Let's get one thing straight from the start, there are lots of ways to pronounce chorizo - and anyway you want to say it is fine with me. Chorizo is also called chourico. I think that the prounounciation differs so widely because chorizo is found in Portuguese, Spanish and Mexican cooking.

The seasoning influence is different from region to region as well. If you're in Spain or Portugal, then chorizo gets its smoky flavor and deep red color from smoked dried red pepper that's known as Spanish smoked paprika. Mexican chefs did not historically have access to the Spanish paprka and turned to local spices such as chili peppers. You'll basically find the Spanish and Mexicans referring to chorizo and the Portuguese to chourico.

The Spanish combine pork, pork fat, paprika and salt to make Spanish chorizo. The La Rioja region of Spain has been given Protected Geographical Status by the Europan Union. This means that only chorizo made in a strict manner using exact ingredients can be labeled La Rioja chorizo. However there are probably thousands of genuine Spanish recipes. You'll find many variations smoked and unsmoked, sweet and hot.

The Portuguese are more likely to add wine to the pork, salt and paprika blend. You'll also run across linguica, another type of sausage.

So essentially when you're buying chorizo or chourico, you want to decide whether it has paprika or chili pepers for it's primary seasoning. Then you want to establish wether those spices are hot or sweet.

Paella with Chorizo and Roast Chicken

Watch How Easy it Is to make Spicy Chorizo Sausage Stew

Pamplona chorizo is thicker than other styles of chorizo and is made with more finely ground pork. You might think of it as a salami type of sausage that you can eat in a sandwich, snack, or party appetizer. I would serve it with a creamy warm cheese. For a different twist on crackers serve it with Tortas de Aceite de Oliva or Olive Oil Flatbread.

Spanish food has recently gained a great deal of popularity in the United States and you'll find Tapas bars in most American cities, where you can savor Spanish foods such as chorizo.

Yes there is blood in Chourico Mouro, Portuguese Blood Sausage. Because blood is spoils very quickly, you will generally find this pre-cooked in most stores. If you do buy fresh Chourico Mouro, then you have to be very careful about it's storage and shelf-life. But the blood sausage shown to the right is fully-cooked and ready to eat. Of course you can slice it and heat it up. Delicious in rice dishes and in stuffings.

How to Make Portuguese Kale and Chourico Soup

I grew up in New England surrounded by Portuguese fishermen and their families. Asking one of them how to make kale and chourico soup is like asking my Italian nonnie to make minnestrone. Here's the basics everything is done to taste in this one.
1. Put peeled and cubed potatoes in a large soup pot and add water. Start cooking over medium-high heat.
2. In a large frying pan, lightly cook your chourico sausage until cooked and brown. You have to use Portuguese Chourico to get an authentic flavor. It'll taste good with any old sausage but it won't be Portuguese kale soup!
3. Add the chourico to the potatoes. Keept cooking.
4. In the same frying pan as the chourico, without washing it, so you keep the flavor sautee some onions and garlic until the onion is translucent. Add kale (which is rinsed and chopped). Wilt for just a minute.
5. Add the kale to the potatoes and chourico and cook until potatoes are tender.
6. Serve with in a soup bowl with sour cream.

I've used some of the mild Chorizo, my husband likes it. It seems to break up all on it's own. I didn't realize there were other types, thanks for explaining.

Honeybells are the Holy Grail for citrus fruit lovers. They are only availabl... 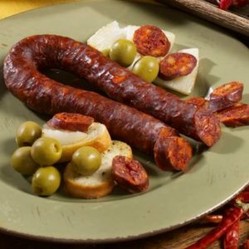 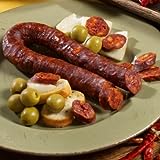 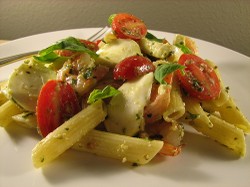 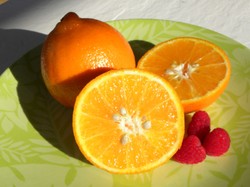 Honeybells are the Holy Grail for citrus fruit lovers. They are only available in January and come from a small region in Florida.
Loading ...
Error!