What is Guided Imagery

Find out about relaxing the mind with the use of your imagination, and find books that have guided imagery meditation scripts.

Guided imagery is using words, with or without music, to guide a person to a place in their imagination.

Guided Imagery is a method of saying things in a guided way to help one relax, and then to be guided with beneficial thoughts. The thoughts can be enhanced with suggestions, or just filled with imagery of where one would like to be.

Guided imagery has helped me.

I had less pain after a major surgery, by using guided imagery.

Using guided imagery is something that has helped me in many kinds of situations, and in many different ways. I first found out about guided imagery when I read the original Love, Medicine and Miracles, by Bernie S. Segel, M.D. In the back of the book were two scripts that one could read and record for themselves.

I was facing a second major surgery when I came across this book. I made a guided imagery tape using the scripts in the back of the book, and used a lot less pain medication. My recovery time was quicker as well.

I first made a recording of some piano music that I played. They were very simple songs and I repeated them over and over again quite a few times. Once I had my background music tape made, I played that in the background while I read the scripts from Love, Medicine and Miracles. I basically had one script on each side of the tape, and let the music play out for the remainder for each side of the tape.

Armed with the guided imagery tapes, I went in to the hospital facing a second major surgery in less than a two year time period, and also had more stuff done with the second one than with the first one. But the amazing thing was that I recovered so much better from the second one, perhaps because I had some idea of what to expect. But, more importantly I believe, I also had guided imagery recordings to listen to.

I required a lot less pain medication. In fact, a nurse came in and announced to me that I didn't have to deprive myself of the pain medication. The truth of the matter was that I wasn't depriving myself at all. I just didn't need it! With the relaxing guided imagery along with the soothing music on the tapes, that I played pretty much every time I woke up and before going to sleep, I just plain felt so much better and had a lot less pain.

Since reading and recording that original text, I have learned so much more and have used guided imagery for other things too.

One of the scripts that I made and used myself, was that after I was relaxed, I saw myself walking in a garden with all kinds of flowers, enjoying the colors, and also breathing freely. This script was beneficial in helping me to get off of sinus medication, and to enjoy the outdoors again.

I have not only used guided imagery for health purposes, but I've also used it for behavior modification; i.e. seeing myself behaving in a way that I desired over the way I used to behave. Sometimes the results have been immediate, other times, it took a few times to see stronger results.

It is important to keep what you say positive. A person is basically retraining their thoughts. To get beneficial results, one needs to feed the mind and soul with beneficial thoughts.

Another term for guided imagery that you do yourself, is self hypnosis.

Instant Self-Hypnosis: How to Hypnotize Yourself with Your Eyes Open has a script that one can read out loud to relax themselves, and then can choose from a number of scripts for various goals. Examples are, Super Assertive in Business, More Energy Now, Public Speaking, Appreciate Your Mate, and Lose Weight; and include many more.

Out of the various tapes and books that I've read on the subject of guided imagery and self hypnosis, I have found this to be one of the best; it can easily be altered to one's specific affirmation desires.

In my copy, I have taken the liberty to white out some of the text and replaced it with text that has a better fit for me. For example, in the induction, I have replaced the guard with a steely glare to be a secure guard with a pleasant look.

The best thing is to use terms that work best for you, and that have a pleasant feeling to them.

You can also modify scripts from a selection.

Do you have any questions or comments about guided imagery?

Sorry. Was new to wizzley and forgot to click the thumbs up button last time I was here. I have managed to publish 3 articles. Hope you will visit when you get the time.

I did some guided imagery years ago. Time to get back into it!

That is so cool cmoneyspinner. I have done guided imagery with my daughter, husband, and friends too.

Interesting. I used to do this with my kids when they were small. I didn't know it was called "guided imagery".

Positive Affirmations - A way of life

Using positive affirmations is a way to help create that which one desires. A...

A word fitly spoken is like apples of gold

Proverbs 25:11, A word fitly spoken is like apples of gold in pictures of sil... 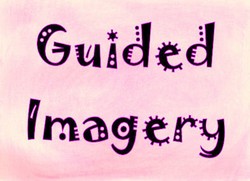 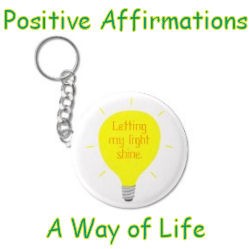 Positive Affirmations - A way of life 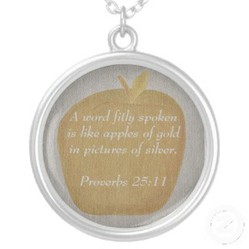 A word fitly spoken is like apples of gold

Proverbs 25:11, A word fitly spoken is like apples of gold in pictures of silver, is one of my favorite Bible verses. It really gives credence to how we speak, and to keep it kind.
Loading ...
Error!