What is Panini? Use Panini Makers to Create Rustic Italian Sandwiches

Hearty Italian panini sandwiches, made with a panini grill maker, blend the flavors of meat, cheeses, vegetables and even fruit to perfection.

Cafe or bistro food is making a huge comeback in American cuisine. We are still eating sandwiches, but they have become gourmet creations sometimes referred to as a panini sandwich. Thick and crusty panini don't rely on white toasted bread. Most Americans will purchase a panini maker to make their gourmet sandwiches. These have become so popular that most appliance makers have added them to there lines. The Breville Panini Maker is one of the more popular brands. It is closely followed by the Delonghi Panini Grill and the Cuisinart Panini Maker.

They are so easy to use that you'll find that you are using it all the time. Instead of eating the same old BLT, you'll find yourself having a bacon and mozzarella panini. Leftover artichokes? No problem. They'll become the focus of a red pepper and arichoke panini. We are all trying to eat more veggies. When they taste good, we eat more of them. So let a panini transform them into the best sandwiches you'll ever taste.

Instead of making the same old BLT make a Bacon and Mozzarella sandwich with ranch dressing. If you've got some basil pesto in the house, so much the better. If not don't sweat it. That's the beauty of making a panini sandwich, anything goes.

What is a Panini?

The first thing you should know about making a panini is to start with a thick slice of hearty artisan bread. Why? Because panini makers have ridges. If you start with a thin slice of bread the panini grill press will slice right through the bread and your ingredients will seep out on to the grill.

I also love to use gourmet pestos and mustards in my panini. These spreads give your panini the pizzazz that you get in fancy cafes.

Then I just start to go through the refrigerator looking for odd pieces of ham or steak, cheese that melts well like mozzarella, vegetables such as peppers and onion, and perhaps a slice of apple or peaches. I tend to like thinner panini so I'm conservative. My husband on the other hand just piles on the stuff.

This picture shows you the difference between a panini and sandwich - and why you want a panini machine of your own. You can see the ridges on the perfected toasted bread. If you use the right rustic bread its crunchy on the outside and warm and soft on he inside. The cheese has melted perfectly with the red peppers and artichoke. For lunch pair with water. For dinner add beer or wine.

How to Buy the Best Panini Press

If you don't want to add another appliance to your kitchen, then there is another way to make a panini. Take a look at the panini pan to the right that has the ridges. You assemble your panini, heat up the pan, and then put in the panini. Then use the panini press to flatten out your sandwich. It's the same effect as a press. You just have to watch it because there's no timer. Because it doesn't cook both sides at once, you'll have to flip it as well.

How to Make a Panini Sandwich

Watch the video to the left and see how Victoria Paikin transforms hearty whole wheat bread, olive oil, calamari olives, fresh basil, dried oregano leaves, and mozzarella cheese into a delicious panini sandwich. All she does is gently wash the bread with olive oil and sprinkle oregano on that. Then she layers the mozarella cheese, sliced olives, and basil leaves and closes the panini sandwich. She places the sandwich in the panini maker and grills in until it is toasted on the outside and melted on the inside.

I didn't know you could get a panini grill maker and I like the idea, especially as I do make homemade bread. Mmm, looks like a nice winter treat. 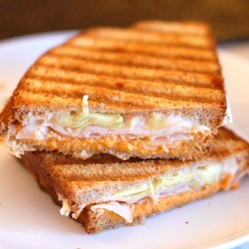 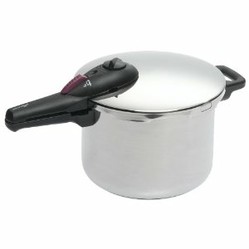 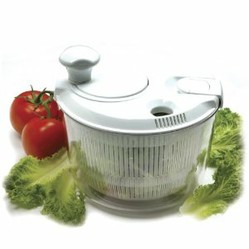