This article will talk about the aspects all of the best games throughout time have shared. This is more relevant to video games, but applies to non-video games as well.

Games are one of humanity's prime forms of entertainment, right up there with movies and books. The concept of the game has existed since the beginning of time, but not every game has survived the passing of the seasons. Why is this, you may ask? Well, that is what I look to explain during the course of this article.

There are a few crucial things that every game needs to have to be the best game in somebody's eyes. Depending on the format of the game, it could be as simple as a solid gameplay premise or as complicated as an intricate story or compelling mechanics.

So, read on as I dissect the innards of games all over!

Great gameplay is probably the most important thing that all of the best games share. The best games have a simple premise that is easy to learn, but provide enough twists to make the game hard to master. Take, for example, chess. In chess, you control a series of pieces with different movement rates. Your objective is to defeat your opponent by forcing his King into checkmate by attacking it with one of your pieces and the King being unable to move into a free space. Seems easy enough, right? However, there are trillions of possibilities for just the first ten moves of chess. So, it is quite literally the epitome of "easy to learn, hard to master".

This is also true for video games as well. Video games like Starcraft are easy to pick up, but remain fun for a long time due to the fact that there is always some way to improve your skill. There are people still playing the original Starcraft, and it is over a decade old! Then again, considering a board game like chess is several hundred years older and still played as well, that shouldn't come as much of a surprise.

A great story is another thing that sets the best games apart from the rest of the game crop. While story is usually more relevant in video games, there are quite a few non-video games that make good use of narrative as well. Clue is probably one of the first board games that pop into people's minds when one talks about a board game with plot. You are searching for the person who committed a heinous crime in a classic mystery case of "Whodunnit?". Simple story, but it helps create the atmosphere for a fun game.

Another classic game that is played by lots of people is Mafia (also called Werewolf or Witch Hunt). The story there can be whatever the players themselves want it to be, as long as it is based on a conflict of two sides. True to the name of the game, Mafia tends to be about a pair of mafiosos ("bad guys") trying to assassinate the people ("good guys") in a small town, while the sheriff and the doctor try to stop said mafiosos in their own way.

In video games, story is the basis of the best games in the roleplaying genre. As the name implies, you play the role of a certain character in his/her quest to do whatever he/she is supposed to do (usually some variant of save the world/find a rare artifact/find true love/something else all-together). Of course, most video games have a story, and great stories are not the sole domain of roleplaying games, so take a look around one day and see what you can find if you're into video games!

Probably the most important thing a game needs to be the best game is what I affectionately call "The Hook". In video games, a great story is usually the most common hook, although novel gameplay and mechanics can make a great hook as well. An old board game that is a classic favorite of mine is Trouble. The hook is the danger you face every time your opponents take a turn and getting one of your pieces bounced back to your start zone if one of their pieces land on the same space.

Most of my favorite video games have story-based hooks. Those games have beautiful stories that force the player to think, empathize with the character in the story, and challenge their preconceptions and viewpoints about the world's problems.

In conclusion, the best games have great gameplay, a great story, and a hook that gets players to come back for more. I hope that this article has made you think a bit about one of the world's best forms of entertainment. Please feel free to post in the comments section any thoughts you may have about this article.

(Specifically, I'd love to hear what are your favorite games, whether they are video games or not!)

I was lured in by the Mario picture. :)

I could start right there. I fell in love with SuperMario because of the achievement side of things. If I could just press the correct commands at the correct time, then Mario would leap onto that platform, or catch that coin, or perform that wall jump. I'd woot away and feel accomplished.

I'm having exactly the same thing happen right now, as I downloaded Hacker Evolution Duality in the Steam Summer Sale. That's another where you have to perfect your moves to achieve the next level.

I'm also playing Dear Esther, which is all about story. There's no major achievements, beyond finding the clues to discover what's going on. But the music, the graphics and the 'hook' are all there working on you. I'm really enjoying that.

My biggie is Runescape though. That's a whole different ballgame, though it incorporates all of the above. It's the freedom to build my character as I want. There are stories, in the form of quests, and also achievements, as the skills have levels. I fell in love with it primarily for the variety though.

For many, playing games is viewed as time wasted and nothing to do with reali... 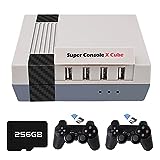 For many, playing games is viewed as time wasted and nothing to do with reality. They are very wrong. The future of humanity might lie in the twitch-clicking hands of gamers.
42%  3   5 Winterfate
Game Dynamics

This article will give you resources and tips for making your own video game, even if you do not have any programming experience!
Loading ...
Error!