For many, playing games is viewed as time wasted and nothing to do with reality. They are very wrong. The future of humanity might lie in the twitch-clicking hands of gamers.

By the time they reach twenty-one, the average Western individual will have spent an equal amount of hours playing games as they did attending school. Just over 10,000 hours will have gone into this parallel education.

Most will have parents raised before the video gaming culture really took off. Disdainful of such 'time wasting', those earlier generations will have missed the benefits. But the future ones will not.

They could well be praising the progress made, through skills learned at a gaming console.

Reality is Broken by Jane McGonigal

All the Reasons Not to Believe in Gamers

Which mostly boils down to the fact that we've all been told for twenty years that something this fun can't possibly also be good and useful. 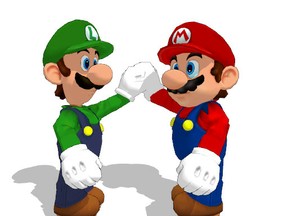 I'm a gamer and yet I'll admit that I was skeptical. As much as I'd love to believe that my maneuvering of pixels is productive, I secretly know that it isn't.

But then Dr Jane McGonigal began her lecture and my perception started to shift.

The cynic in me noted that she designs games. She has authored books and completes lecture circuits telling people to play more games. She has a vested (and monetary) interest in this.

However, her arguments are sound. Her data is backed up and peer reviewed. The things that she highlights have been witnessed by myself in many hours of gaming. Just because I want to believe it and she's getting paid every time she says, it doesn't necessarily mean that it isn't true.

Perhaps gamers really can save the world. I know that gaming has changed my life for the better, on numerous occasions. It's all a matter of scale.

Watch for yourself to see what you think.

Are gamers really that productive and creative? Yes, I believe we actually are! 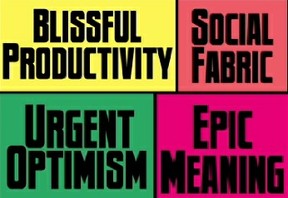 The more I heard what Dr McGonigal had to say, the more pieces pinged in my memory.

Stress relief?  Health benefits? The first time I walked into the pixel streets of Lumbridge, I was suffering from nervous exhaustion in real life. My heart had enough of a murmur for extended tests to be conducted. I was crippled with panic attacks.

Runescape sorted all of that out. My heart's fine.

Society and community? When I was made redundant, it was a fellow gamer who gave me a job. He enjoyed reading my gaming blog and wanted to employ my writing skills for his company. This Wizzley article is dedicated to a man who met his wife in a MMORPG. In two week's time, I will be staying at the homes of two people whom I met gaming. This is all off the top of my head. Give me a moment to think and I'll be recounting such anecdotes all day.

In fact, I already did, when I wrote on Suite101 about parenting teenage gamers, and how parents miss the very real education opportunities eagerly grasped by their off-spring.

Urgent optimism? One of the things so often commented upon is my sheer stamina in writing. People can't get their heads around how I remain so motivated to write. Have they never read my Tips and Tricks articles? From the very first, I've been treating Wizzley like a gaming platform. I set my own levels and hiscores. I strive towards the goals of Editor's Choice Awards, higher readership figures, comments, likes and all the rest. I'm gaming! How can you not be optimistic when you're gaming?!

Epic meaning?  Straight off the top of my head there's that moment with Skilla4Lyfe and his mission. Only level 3 combat, he could have been killed by any passing low level boss. He wanted to take on a high level, so to complete a difficult quest.

It should have been impossible. But there were between eight and twenty people, at any one time, escorting him through the mazes. We teamed together to clear this path, striving ever to see the impossible done. He finished his quest. We collectively cheered. Job done.

These are the same minds who, on a gaming forum, once saved a life. A player had indicated that she was going to suicide. No-one knew her real name, her location nor even the country in which she lived. But on the case were several hundred people used to taking on impossible odds and solving quests.

By the time they'd finished, her local police officers were paying a visit to her parents. Intervention came in the nick of time.  Gamers NEVER let one of their own fail to level up. We defeat ALL the bosses, pixel or otherwise.

Have you gained real world benefits from gaming?

Whether it's an incident in-game or out, share your stories with us!

All the Reasons to Believe in Gamers

We already use games to train people in real life scenarios. Now gamers will be the ones steering real life. 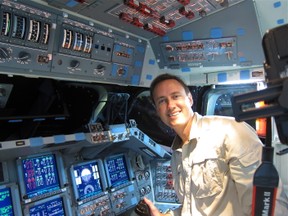 The project we were working on had became very stressful and highly pressured. There was tension between members of our team. Our employer sent us on a team-building day.

We got paid to chuck balls at each other and play with bits of string. This was gaming in a socially acceptable, business environment.

Pilots use flight simulators to gain their licenses. The military uses war games to ape what would happen if a nuclear attack was actually imminent. ("Wouldn't you prefer a nice game of chess?")  I recently played a video game to test my reactions as a coastguard operating on the River Mersey. These are all useful real life scenario employments for gaming.

But some of the best moments of out the box thinking have come when gamers have run amok in their own games. No body of people can find and exploit a bug like those in an MMO. Take, for example, the Corrupted Blood Incident in World of Warcraft or the Falador Massacre in Runescape.

Both were unexpected. Both weren't intentional game-play mechanics by the manufacturers. Both pitted players into a situation where there were no precedents for their behavior. The best and worst came out in people on those days. Ingenious solutions were quickly imagined. The data for researchers into crowd control was invaluable.

When I was growing up, there were no video games, give or take a bit of Pong. But there were games. There have always been games. It may have been kicking a ball around a football pitch, or role-playing Star Wars over the old quarry, but they each involved problem-solving. They required you to think quickly and react to unknown stimuli. They made us inventive.

Now a whole generation has grown up immersed in deeper, more complex games. It's going to be quite startling to see what legacy they carry into this world.

Books on Why Gaming Matters

'stuck on a hard bit' - I still twitch when I think of the 75 attempts to kill Nomad in Runescape. -.- But the joy of actually taking down his pixel backside... :D

I found it interesting what Jane Gonigal said elsewhere (not mentioned above) that there's an evolution in what constitutes a game. Go back a generation or two and it was all about the competition - think football or other sports. Over the past twenty years, there's been a definite shift towards co-operative games - think world of Warcraft raids. Things like that have a knock-on effect on the general psyche. What do you think of this idea?

I think the cut-scene likes/dislikes has to be a personality thing. I'm basing this on my gaming cohort. Age doesn't seem to factor into it. It's all to do with whether you crave the story or the active clicking more.

And I think you're right. There are going to be LOADS of theses on this one!

I love gaming - and so do both of my teenage sons (no surprise). Generally I find them relaxing - except when I get stuck on a hard bit.

I think that there's a bit of a generation gap though. I can't really be bothered with cut scenes - I just want to play. My boys seem to find the quality and number of cut scenes (higher being better on both counts) to be a strong indicator of how good a game is. Or maybe it's a personality thing rather than being age related?

It's an interesting article - and I suspect that games and gamers will get a lot more academic attention and scrutiny in future.

I've never considered it in those terms before. That's a lot of food for thought, thank you. I've always just beaten myself up for being cynical. I'm going to muse on this one and stop doing that.

Actually cynicism is usually the end result or by product of people who think seriously and have a genuine passion or interest. Then they get frustrated. In their mind they say they're a cynic. But they're not. They can't be. If they were they wouldn't be true to themselves and they know it. And being who you are is far far worse than just getting really aggravated and pissed and discouraged and then labeling yourself a cynic ... for a little while. Until you get your second wind and then you go back at it again!

It's right around now that I have Billy Bragg start singing on my mental jukebox: 'Cynicism is such a cop-out, I know'. I do try not to be cynical, but it just happens. Red mark. Must try harder. :)

The cynic in me says no. People use 'what is everyone else doing' to make their decisions. But the 'what if' people are fabulous. :)

Games are no different from any other "WHAT IF". Don't people use "What If" to make decisions all the time anyway?

This article will talk about the aspects all of the best games throughout tim...

The Changing Face of Video Gaming

A look at past and current trends in gaming. The industry is looking stronger...

Reality Is Broken: Why Games Make Us Better and How They Can C...
42%  3   5 Winterfate
Game Dynamics

This article will give you resources and tips for making your own video game, even if you do not have any programming experience!
23%  1   3 Winterfate
Game Dynamics

This article will talk about the aspects all of the best games throughout time have shared. This is more relevant to video games, but applies to non-video games as well.
6%  0   1 wizpro
Game Dynamics

The Changing Face of Video Gaming

A look at past and current trends in gaming. The industry is looking stronger than ever.
Loading ...
Error!