What Started the Hatfield and McCoy Family Feud - How Many People were Killed?

The Hatfield-McCoy Feud has it's roots in the Civil War. It escalated over a pig and then took off over an illicit relationship. Eventually about a dozen family member were killed.

To understand the Hatfields and McCoys and their feud, is really to understand the politics and economics of the Civil War era in America. The families lived on the border of the North and the South. The McCoys lived in Pike County, Kentucky and the Hatfields in Logan County, West Virginia. The Tug River is in the middle. The Hatfields had more money and political connections than the McCoys. When the Civil War began the McCoys fought with the Union army and the Hatfields fought with the Confederacy. While this sounds like a recipe for disaster, it was nothing special during the Civil War to have neighboring counties fighting on opposite sides. In fact there were families that were divided. But with the Hatfields and McCoys, this was the beginning of a fissure that would eventually end in violence so hateful, that it would force two state governments to become involved. Eventually the Hatfield and McCoy saga would land in the Supreme Court.

Joining the Union Army, Finding a Pig, and Love

As I learned about the facts of the Hatfield-McCoy feud, I was astonished at some of the things that fueled this hatred and resentment. It seems that it was a combination of big things like the Civil War and then smaller irritations like the ownership of a pig that combined into a version of "road rage." But through all of this I expected more than a dozen or so people to have died in this legendary feud.

Real Story of the Hatfields and McCoys

The Asa Harmon McCoy Murder of 1865

Asa Harmon McCoy was discharged from the Union Army after being wounded and returned home. Rumors reached him that Jim Vance and his nephew Devil Anse Hatfield, would be hunting for him because of his Union affiliation. He went into hiding but was found and shot.

During the investigation both Vance and Devil Hatfield would be considered suspects. But because of Asa McCoy's service in the Union Army, many believed he was to blame for any violence. Eventually the case was forgotten.

Seriously? Yes the next recorded skirmish between the two families was over the ownership of a hog. A pig was found on Floyd Hatfield's property and he said it was his. Randolph McCoy said the pig was his because it had markings showing it belonged to him. The dispute went to the Justice of the Peace (who just happened to be Preacher Anse Hatfield), where the most important witness was Bill Staton. He had the dubious distinction of being related to both families. No surpsie the McCoys lost the pig. Staton was later killed by two McCoys who were acquitted on the grounds of self-defense.

Well it took a few years, but here's where the Hatfield and McCoy feuding gets juicy. Roseanna McCoy took up with Johnson Hatfield (who just happened to be Devil Anse Hatfield's son). You just know it didn't set well when she left the McCoys to live with the Hatfields. And no, they weren't married. So you can see where this is heading. To get her back the McCoys arrest Johnson on a bootlegging warrant. But Roseanna went and got Devil Anse Hatfield to rescue him. The ill-fated couple never did marry. Roseanna had a baby who died and shortly thereafter Johnson took up wither her cousin and married the cousin instead. It wasn't long before Roseanna died, with many claiming it was a broken heart.

How did the Feud End?

I started all this research on the Hatfields and McCoys, because I love visiting regional museums and attractions and festivals. I'm the kind of person who likes driving to south Georgia (from Maine) to visit the Vidalia Onion museum. So I'm thinking that I'll love to visit Kentucky and West Virginia to see the actual locations of the Hatfield and McCoy feud. You can only imagine how happy I was happy to see that there is indeed an official driving tour of the feud. You can download a map from the Pike County, Kentucky website.

Where did the McCoys and Hatfields Live (and Fight)?

Given the fact that it has become the stuff of legends, I honestly thought more people would have been killed during that time.

I've just watched an episode of 'Warehouse 13', which referenced this feud in its plot-line. I came to get more information. Nice one!

What a cool bit of information on a very old cautionary tale. I too had not idea what the big feud was all about. Interesting to learn the scoop on the Hatfields and McMoys

Unfortunately, none of this is unique to them or even to their era anymore, even though the specific details were. The bad blood between neighbors has often led to violence even today. You see it in the news all the time. Thanks for providing depth to this story.

How could you look at a little baby and name him 'Devil'?

What a great subject to write about. I never really knew what these two families were fighting about.

What is a Roasting Pan?

How to pick out the best roaster pan for your cooking needs and easily create...

Take your Christmas Tree for a walk on the wild side with zebra print ornamen... 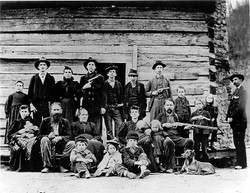 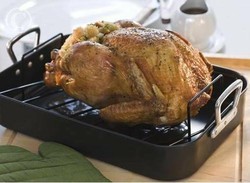 What is a Roasting Pan?

How to pick out the best roaster pan for your cooking needs and easily create a delicious meal for your family and friends.
40%  1   5 Digby_Adams
Christmas Decorations 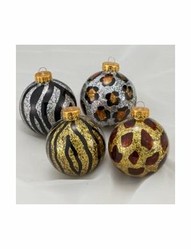