What you need to survive the zombie apocalypse

A guide to survival should the zombie apocalypse ever come. How to train, how to prepare, and how to get our alive!

Imagine waking in the morning to the sound of cars crashing and sirens blazing. You turn on the TV and see a frantic news-anchor telling you to go for the head and destroy the brain. That's when it hits you. It's the Zombie apocalypse.
What are you going to do now?
There are many theories about how exactly the apocalypse will come about, and many theories about what you can do to survive, but one thing they all agree on, is that it pays to be prepared.
In this article I will guide you through some of the things you will need in order to increase you chances of survival. I will show you how to train, how to prepare, and what to bring.

The first thing you need is a bug out bag.

A bug out bag is a prepacked bag containing all the things you may need for a specific situation. You will save valuable time by having a bag like this stashed somewhere. When the time comes you just need to get your bag and get the heck out of there. (You can't watch for biters if you are looking for clean boxers and can-food.)

What goes in the bag

What you put in you bag really depends on where in the world you are, and what your plan is. If you plan to head for the safety of the forest, pack for outdoor survival. If you plan to take over a shopping center, pack for urban terrain. However, there are a few essential which should be in all zombie survival bags no matter where in the world you are.

As any survivalist will tell you, a knife can be your most valuable tool both in the wild and in an urban environment. A knife is particularly useful in a zombie survival bag since it can be used as a last resort weapon.

Another essential item is a first aide kit of some sort. When you are running for your life down the street being chased by a horde of mindless killing machines, the last thing you need is an infection slowing you down.

How many rations you need is really an individual question but I strongly recommend bringing enough for at least 2 days. If you can't get a hold of any military style rations, pack what you got, but remember, a fire may not be an option so make sure you pack something that can be eaten right out of the bag.

While there may not be much music on the radio during an apocalypse, there may be other people trying to reach survivors around the country. A radio is one of the best ways to reach other survivors. Just remember to check both the Am and Fm frequencies.

I know what you may be thinking but just because the world is ending, doesn't mean we should give in to tooth decay. Think about it like this. When you are held up in an abandoned house, with copious amounts of zombies walking around outside, you really don't want your concentration broken by a toothache. And besides, they don't take up that much space.

It is hard to say what the end of the world will look like. It's not like it has happened before. So it can be hard to know what to train for. My advise would be to train for a little bit of everything. Learn the basics of outdoor survival. Learn how to start a fire, and set up a tent. Learn about your local plant and animal life. Learn where you can go for supplies. All these things can come in handy. Remember, there is no such thing as wasted knowledge.

Before we go on, lets take a look at what we're up against.

There are almost as many different versions of zombies as there are zombie movies so it is hard to know exactly what to expect. Will they be fast or slow? smart or stupid? No one really knows. A good idea would probably be to train for every eventuality. I recommend gathering as much intel as possible. Know your enemy and all that.

Putting yourself as close to the real thing as possible is essential for all training. Since we don't have real zombies (yet) and since it is generally frowned upon to barricade yourself in the local hardware store, I suggest you train some strategy by playing some of the following games.

Zombies: This board game is really great for training strategy. You are placed in the middle of the city and you have to fight your way to the helipad using different cards and items you pick up on the way.  As you get better at the game, you can buy different upgrades in order to prepare for every eventuality.

Resident evil: If one of your biggest fears is that you'll panic in the face of danger, you need to play the resident evil games. They are scary with a capital SCARY, and once you are able to play one of these games with the lights off, you'll almost definitely be ready for the apocalypse.

What you need and what you don't need

Weapons are very individual. You may think that a gun is always the best way to go but that is not always so. Many things around the house can be used to defend off the undead. A general rule of thumb, don't use a gun unless you have to.

Guns: As everyone knows, a zombie is most easily taken down by destroying its brain. This can be done in many ways. A very popular method is the gun. The reason for its popularity is that the gun is a range weapon that gives you some distance between you and the zombie. But remember, bullets do not grow on tries and despite what Hollywood will tell you, not all zombie attacks will happen in America, so conserve your ammo.

A side note to gun use. Remember that full auto weapons are not always your friend. Because of the recoil of most full auto rifles, it can be very hard to get any accuracy.  They may be good in a crowed but stick with semi auto or manual as much as possible

Baseball Bat: The baseball bat is a classic. It is more dangerous to use since it requires you to get a little closer but you can't deny the effectiveness of a good bat. They don't run out of bullets and they are short enough to be used as a close quarter weapon. The down side to a bat is that it is messy. You may end up covered in goop and zombie gunk by the time you are done with one. And while it is inevitable that you will get a little dirty during the apocalypse, you don't want to ingest infected zombie liquids.

Crossbow: Since the beginning of the AMC show The Walking Dead, the crossbow had become everyone's favorite zombie killing weapon. This is in part because Darryl Dickson is such a bad-ass, but also because there are some really good qualities to a cross bow. It is silent which is good because noise can attract all kinds of things. You can reuse your ammo (if you are skilled enough you may even be able to make your own arrows.) And while it is not as easy to use as a gun, it is way easier that a traditional bow. One drawback is the loading time. You have to be sure to hit what you are aiming at because one shot is often all you are going to get with a crossbow.

All the rest: I don't have enough space to list all the great things which can be used for zombie bashing, but in general you can use anything which an edge or anything that won't shatter when you hit someone upside the head with it.

What you don't need.

Flamethrower: It may seem like a good idea at first, but think about it for a second. The safest way to get rid of a zombie is to disable the brain, and while fire can do that, it may take some time. while you're waiting for that, you will have copious amounts of walking zombie touches strolling around setting fire to everything, even you, if you're unlucky.

Ninja stars: It may be tempting to go all ninja turtle on the zombies, but unless you're really good, I wouldn't requirement any throwing weapons. They are hard to hit with and you end up loosing them faster than you'll be able to retrieve them.

Where do you go and how do you get there.

Having a plan is essential for survival. Things may not work out exactly as you want them to, so be flexible, but for goodness sake, plan ahead.

Map: The first thing you're going to get is a map of your area, Plot a clear route to wherever your first stop is. It may be a good idea to plan multiple routes and multiple hideouts. Keep this map in you bug out bag.

Transportation: While it may sound appealing to be wagging zombies down with a baseball bat while going downhill on a skateboard, there are some safer choices. Once again it all comes down to where you live. A car is great for open areas but in a urban environment a car may get you stuck. I would suggest a bicycle if you find yourself in the city. A bike is fast and maneuverable and should you need to, you can ditch it quite easily.

I'll offer you a great tip. If you live by the sea or a big lake, find a boat and stuff it with all you need for a comfortable life. You will be safe from the zombies (unless they can swim for some reason) and you will not have to worry about food if you brought a fishing rod.

This is all I have time for. I hope it will help when the time comes.

Be safe out there and try to get along with others, there won't be many people left so you can't be picky.

Thanks. It never hurts to be prepared :)

We have hours of fun here preparing for the Zombie Apocalyse. You have some great ideas to add into the mix!

What if a Romero-style zombie apocalypse occurred in Britain? Simon Pegg and...

George A. Romero's series of zombie movies moved into its third incarnation. ... 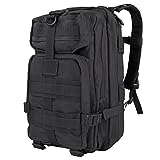 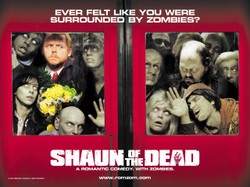 What if a Romero-style zombie apocalypse occurred in Britain? Simon Pegg and Edgar Wright depict it with utter genius in this dark comedy.
100%  10   10 JoHarrington
Zombies

George A. Romero's series of zombie movies moved into its third incarnation. The plot lumbered more than the living dead.
Loading ...
Error!